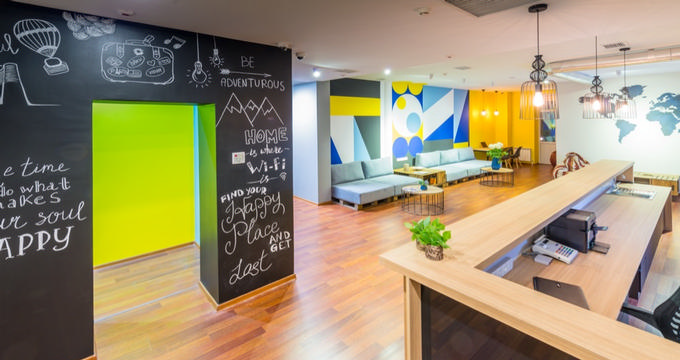 One of the most iconic cities not just in Australia, but in the entire world, Sydney is globally famous as the biggest city in all of Oceania. It's the state capital of New South Wales on the eastern coast of Australia and is actually so well-known that many people mistake it for the nation's capital city. Surrounded by the beauty of the Tasman Sea, the Blue Mountains, Royal National Park, and other amazing natural areas, Sydney is an incredible city that stretches out across more than 4,770 square miles and is home to over 5.1 million people. CDC information for travelers. Hours/availability may have changed. 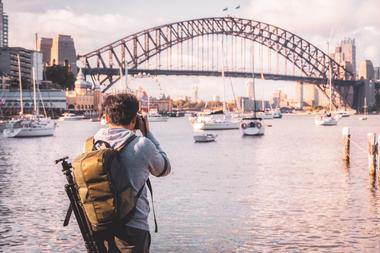 Nearly half of the people living in Sydney today were actually born outside of Australia, making it one of the most culturally diverse locations in the world as well, so it's a fascinating place to explore and uncover, with lots of different ideas, themes, styles, and cultures coming together to form a true metropolis and an amazing community.

As well as being a great place to live for millions of people, Sydney also ranks as one of the top touristic destinations on the planet. It's famously home to Sydney Opera House, one of the most iconic buildings on Earth, and the inimitable Bondi Beach, a haven for surfers and beach lovers of all ages. Other local attractions and landmarks include the Skywalk and Sydney Tower, the Royal Botanic Garden, the Darling Harbour and Circular Quay waterfront areas, and the various shops, cafes, restaurants, and bars of the inner city streets.

In short, Sydney is an incredible city to visit, and it's no surprise that millions of people come here each year. If you're heading down under to the biggest city of Australia, staying in a hostel could be a great idea. As well as offering low cost accommodation, Sydney hostels also give you a good chance of meeting other travelers from all over the world and sharing ideas and discussions with them, perhaps even forging some new friendship bonds and finding some buddies to explore the city with. Read on to learn all about a few of the best hostels in Sydney. 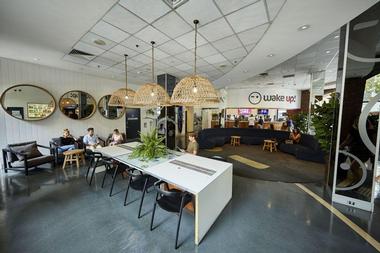 By far one of the top rated hostels in Sydney is definitely Wake Up! Sydney. This location is found in the Haymarket area of the city, in a prime spot for exploring local attractions like Chinatown and the shops of Paddy's Market. Darling Harbour is only a 15 minute walk away too and you can visit other big landmarks like the Sydney Opera House and Sydney Harbour Bridge quite easily from this hostel location.

You'll find both private rooms and dorms at this Sydney hostel, all decorated to a really high standard and cleaned regularly to provide only the safest and most comfortable conditions for every guest. Free Wi-Fi is available for everyone, so you can keep up with news from around the world and share photos of your Sydney vacation with friends back home whenever you like. Wake Up! Sydney also features its own bar and cafe, so you'll never have to worry about going hungry or thirsty. 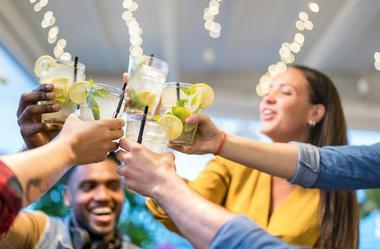 Located down in The Rocks, which is a very popular and trendy spot in Sydney, Sydney Harbour YHA is another of the best rated hostels in this Australian city. You'll find plenty of historic buildings in the local area, as well as a lot of trendy pubs and bars. There are some really nice restaurants nearby too, as well as easy access to the Opera House and the Sydney Harbour Bridge, so this really is a great place to base yourself for Sydney exploration and adventures.

Inside the hostel, which is housed in a large, attractive building, you'll find both private rooms and shared dorms. The rooms are all simple but comfortable to spend some time in, with white walls and cozy beds for everyone. You'll also find communal kitchen areas around the hostel with fridge/freezers and cooking equipment to prepare your meals and snacks throughout the day, as well as lounge spaces to relax and rest after a long day exploring the city. Another advantage of this Sydney hostel is its rooftop terrace, which enjoys amazing views around the city right down to the Opera House. 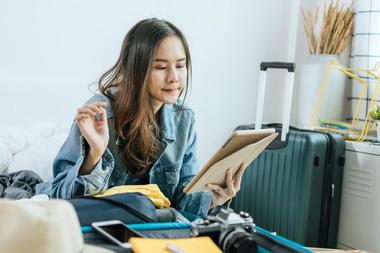 We've already looked at one YHA location in Sydney, but there is another YHA hostel in this Australian city to check out. The Sydney Central YHA is a very popular place with backpackers and travelers from all around the world. While the Sydney Harbour YHA is a good choice for people who want to check out the Harbour Bridge and Opera House, the Sydney Central YHA hostel is, as its name indicates, located in a more central position in the city down in the Haymarket area. Nearby, you'll be able to access Darling Harbour, Hyde Park, the Art Gallery of New South Wales, the Capitol Theatre, and many more landmarks and interesting locations.

Shopping and dining are particularly great in the area around this Sydney hostel, which features both shared dorms and private rooms in order to cater to all kinds of visitor. A unique feature of this hostel that helps it stand out from the crowd is the presence of an indoor pool up near the roof, so that can be a great place to cool off from the Australian heat and splash around with your pals. You'll also find a cafe/bar on-site, as well as a communal kitchen space to cook up your own meals.

20 Best Things to Do in Queensland, Australia