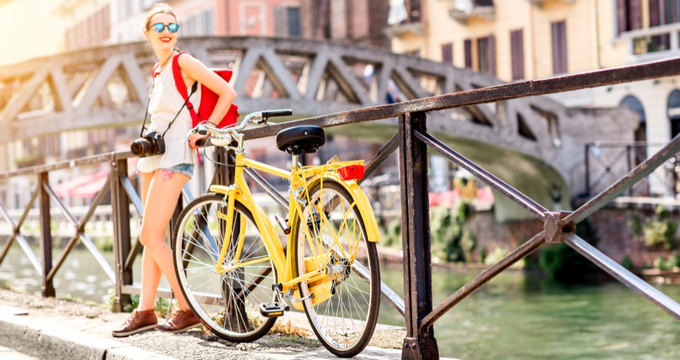 Located in the Lombardy region up in the northern part of the country, Milan is one of the biggest and best-known cities in all of Italy. An iconic fashion capital, Milan is home to around 1.3 million people, with over 3.2 million in the full metropolitan area. It's the second biggest city in Italy, trailing only to the country's capital of Rome. Milan is an alpha global city, leading the way in many fields like design, fashion, finance, research, tourism, and media. It's home to the Italian stock exchange and has the third strongest economy of any European city, trailing only to Paris and London in this respect. CDC information for travelers. Hours/availability may have changed. 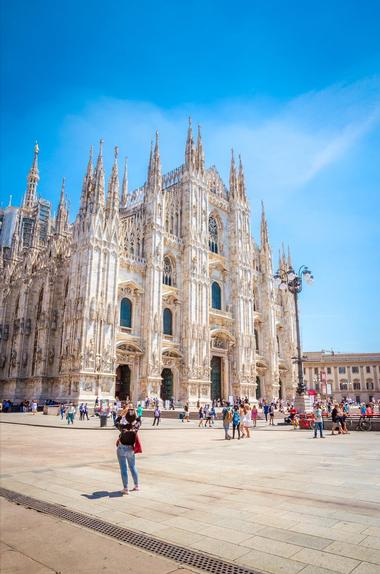 Widely-regarded as the fashion capital of the world, Milan is always mentioned alongside the likes of London, Paris, and New York in terms of fashion and design, hosting many major fashion and design shows each year like the Milan Fashion Week and Milan Furniture Fair. It's also home to some outstanding examples of European architecture like the Galleria Vittorio Emanuele II, Sforza Castle, Milan Cathedral, and more.

Whether you're viewing works by Leonardo da Vinci, watching models strutting their stuff on the catwalk of one of the world's biggest fashion shows, admiring the awe-inspiring architecture all around you, browsing through the upscale boutiques, catching a soccer match of a leading team like AC Milan or Inter Milan at the San Siro stadium, or dining at one of the countless amazing restaurants all around the city, Milan has so much to offer.

The city may be known for upscale locations and boutique brands, but a trip to Milan isn't exclusively reserved for the rich and famous; there are ways to cut down the cost of your Milan vacation, with many hostels actually being found around this Italian city for backpackers, young travelers, and people on a budget. See below for contact info and detailed overviews on a few of the best hostels in Milan. 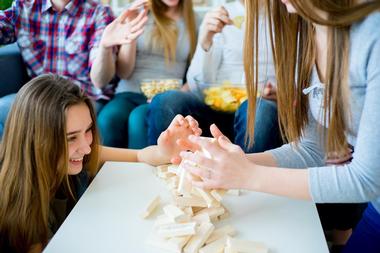 Located in a really great spot, not too far from the center of the city, Queen Hostel Milan is surrounded by excellent eateries, bars, and shops. It's the perfect place for people wanting to see an authentic side of Milan without having to pay over the odds and stay in a luxury boutique hotel. This hostel is also within walking distance of Milan Cathedral and the amazing Galleria Vittoria Emanuele II, with a local metro station less than 10 minutes way.

You'll find free Wi-Fi at the Queen Hostel Milan, which is a real essential necessity in this day and age, especially for young travelers who like to keep their social media feeds up to date with photo and stories of their adventures. Free breakfast is also served each morning to provide you with a nice energy boost to start the day. You'll also find a round-the-clock cafe/bar at this Milan hostel, along with a shared kitchen and spacious dorms with comfortable bunk beds and secure storage lockers.

You are reading "3 Best Hostels in Milan" Back to Top 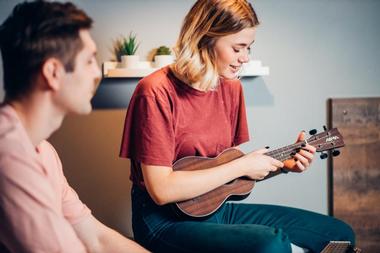 Situated in the Central Station Area, the Ostello Bello Grande is one of the top rated hostels in all of Milan and it's just perfect for people heading into the city by train or wishing to visit other Italian cities with ease. It's also nicely located for people wanting to check out the main landmarks and attractions of Milan, with the Porto Nuovo, Arch of Peace, Milan Cathedral, and Sforza Castle, and more being not too far away.

The room rates at the Ostello Bello Grande are very reasonable, and the rooms and dorms themselves have been lovingly decorated and furnished with clean, neutral tones and a few bright colors to add a bit of life to each one. You'll get free meals and free Wi-Fi here, so it's a super spot for people who are traveling on a budget. Guests will also be able to take advantage of the shared kitchen, spacious dining area, clean bathrooms, and rooftop terrace with lovely views over the city.

You are reading "3 Best Hostels in Milan" Back to Top 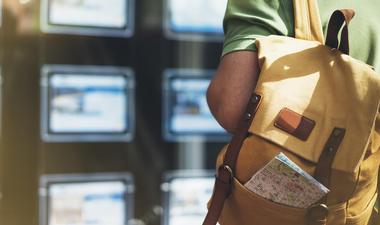 Another excellent place to stay if you're traveling with friends or on a budget in Milan is the New Generation Hostel Urban Città Studi. Housed in a gorgeous old building with big windows and attractive brickwork, this hostel is situated not too far from the center of the city, relatively close to the Central Station Area for transport links and also within half an hour of some amazing artworks at the Galleria Vittoria Emanuele II and iconic landmarks like the Milan Cathedral.

The local area is surprisingly quiet and calm around the New Generation Hostel Urban Città Studi, so you can get a good night's sleep here without any worries of being disturbed or kept up by the sounds of traffic. You'll be able to enjoy free Wi-Fi here, along with access to the TV lounge, study desks, and game room. The front desk is manned at all hours of day and night, so there'll always be someone to help out if you have any questions or problems, and the dorms are all nicely furnished with cozy bunk beds, reading lights, and storage solutions.

You are reading "3 Best Hostels in Milan this Weekend with Friends" Back to Top or More places to see near me today, what to do, weekend trips

Italy is widely regarded as one of the most beautiful countries, not just in Europe, but in the entire world. Boasting stunning architecture, quaint little villages, incredible historical landmarks, and breathtaking scenery all around, the country is a highly popular tourist destination. Dozens of different airports can be found all around Italy, with some of the bigger cities boasting numerous international and domestic airports for locals and visitors to use. If you're looking to travel to Italy, here are the top locations and airports for you to focus on.

Home to the Colosseum, the Pantheon, and countless other stunning historical monuments, Rome is the capital city of Italy and the most-visited location in the entire country. If you're traveling to Rome, you have the choice of two different international airports: Rome-Fiumicino "Leonardo da Vinci" Airport (FCO) and Rome Ciampino "Giovan Battista Pastine" Airport. The Leonardo da Vinci airport is bigger and busier, but is located further away from the center of the city than Ciampino, which is generally served by smaller and cheaper airlines. Both airports have good transport links with the city but if you want to get to the center of Rome as quickly as possible, Ciampino is the better option.

Naples is located in the south of Italy and is well known for its sprawling cityscape and incredible natural surroundings, including Mount Vesuvius. It's one of the biggest cities in the country of Italy and is a very popular tourist spot due to its hot weather and multiple landmarks and attractions. The historic downtown section of Naples is classed as a World Heritage Site by UNESCO and there are various historical sites both in and around the city, with Pompeii not far away. Pizza was also created in this city, which is served by one major airport: Naples-Capodichino "Ugo Niutta" Airport (NAP). This airport is served by many major airlines and serves over eight million passengers annually.

Along with Rome, Milan is one of the most visited cities in all of Italy. Regarded as one of the key homes of fashion, rivaling the likes of Paris and London, Milan is home to countless fashion brands and stores, as well as galleries and classy restaurants. It's an elegant, vibrant city and also houses Leonardo da Vinci's famous The Last Supper painting. Milan has two international airports: Milan-Malpensa Airport (MXP) and Milan-Linate "Enrico Forlanini" Airport (LIN). The Malpensa airport is the larger of the two but is located further outside the city than Linate, which is more convenient for travelers who want to get into the city as quickly as possible.

Turin is a major Italian city, located in the Piedmont region and home to almost 900,000 people. With a rich culture and history behind it, Torino is a top tourist hotspot in Italy, home of many art galleries and impressive architecture from different periods of history. It's home to some of the country's best universities and isn't far from the borders with France and Switzerland, offering a good base for travelers who want to tour other parts of Europe. Turin has one major airport: Turin-Caselle "Sandro Pertini" Airport (TRN). Located just ten miles outside of the city, this airport serves around 4 million passengers per year.

The capital of Italy's Veneto region, Venice is one of the most famous cities in the country and well known as a hugely popular destination with couples due to its romantic themes and beautiful architecture. Venice is unique in that the city is actually made up over 118 little islands, all connected by canals and bridges. Known as the Floating City or City of Water, Venice is an inspiring and beautiful location in many ways, ranked as one of the prettiest places on Earth, with huge numbers of tourists flocking there every single year. Internationally, the city is served by the Venice Marco Polo Airport (VCE). This is one of the busiest airports in all of Italy, offering many connecting flights to other European destinations.

The Tuscany region in Italy is known for offering some of the most beautiful landscapes in all of Europe. A largely rural region with many little villages to explore, Tuscany is also home to iconic cities and landmarks like Florence and the Leaning Tower of Pisa. The major airports in this area are Florence-Peretola "Amerigo Vespucci" Airport (FLR) for Florence, Pisa-San Giusto "Galileo Galilei" Airport (PSA) for Pisa), and Marina di Campo "Teseo Tesei" Airport (EBA) for various other cities and areas in Tuscany.

You are reading "3 Best Hostels in Milan " Back to Top