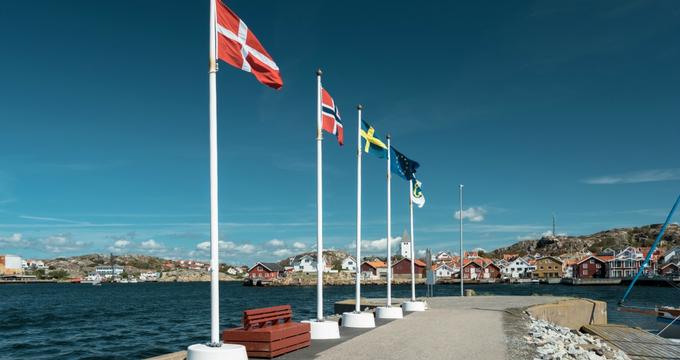 Strictly speaking, the term Scandinavia refers to the Scandinavian Peninsula, where Norway and Sweden are located, as well as the northern part of Finland. Still, in common language, the word Scandinavian is an umbrella term for all the counties at the north of Europe with the exception of the Baltic states. In fact, these days, the terms Scandinavian and Nordic are used synonymously to refer to the following countries: Sweden, Norway, Denmark, Finland, and Iceland. CDC information for travelers. Hours/availability may have changed. 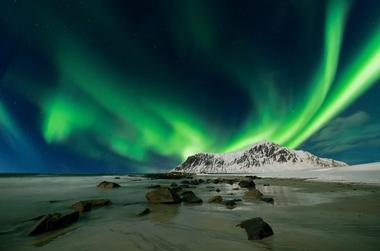 Furthermore, the people from these countries speak different languages. Still, to be fair, they’re pretty similar. Speaking of language, if you visit Scandinavia, you won’t have any problems communicating with the locals – it’s estimated that 8 out of 10 Scandinavians speak English very well. 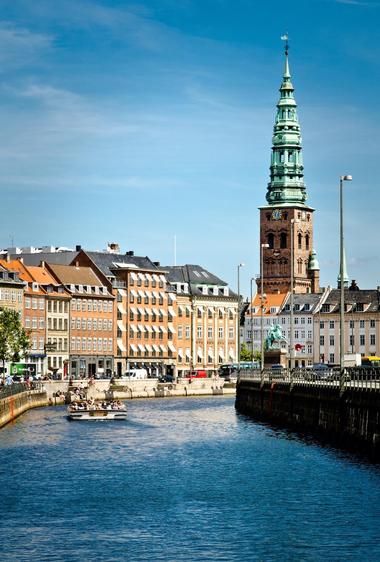 Did you know that Denmark is the second-largest country in Europe by area? You might think of it as a tiny island nation just south of Sweden, but the truth is that the kingdom of Denmark is really huge.

Many of those islands make up the country’s capital and its largest city, Copenhagen. This city is Denmark’s main tourist spot, with over 9 million people paying it a visit on a yearly basis. A huge chunk of that number is made of cruise passengers, as this city is one of the main stops of Baltic and North Sea cruises.

Copenhagen is also visited by a huge number of Swedes, which is not a surprise as only a 4.5-mile-wide strait separates it from the 3rd-largest city in Sweden, Malmo. The two cities are connected with the Oresund Bridge. The Swedes call it “bron”, Danes call it “broen”. If this sounds familiar, it’s because the bridge is in the middle of the story of one of most successful Scandinavian TV series, Bron/Broen, which had its US remake with Diane Kruger in the leading role.

You are reading "Countries of Scandinavia" Back to Top 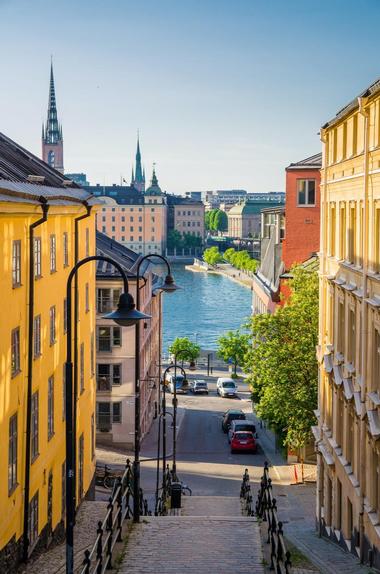 Located just north of Denmark, Sweden covers an area of 173,860 square miles. This makes it one of the largest countries on the continent. Still, most of its ~10 million people live in the southern parts of the country.

Sweden’s capital, Stockholm is the largest city in the whole of Scandinavia and the biggest cultural center of the region. This is the place where some of the most reputable universities in the world are located, as well as where Nobel Prize ceremonies take place.

Of course, Sweden is not just Stockholm. Apart from the aforementioned Malmo, a few more cities definitely deserve a visit. These include Gothenburg, Helsingborg, Upsala, and many others.

If you would like to learn more about this country, you can go to Visit Sweden, the country’s official travel information website. Until recently, you even had an opportunity to ring a random Swede who’s sign up to be the country’s travel ambassador.

You could’ve asked them anything Sweden-related, from questions like what’s the weather out there, to how the Nordic social welfare system works. The Swedish number is currently closed, but considering that the campaign proved to be successful, it’s expected to start again in the near future.

You are reading "Countries of Scandinavia" Back to Top 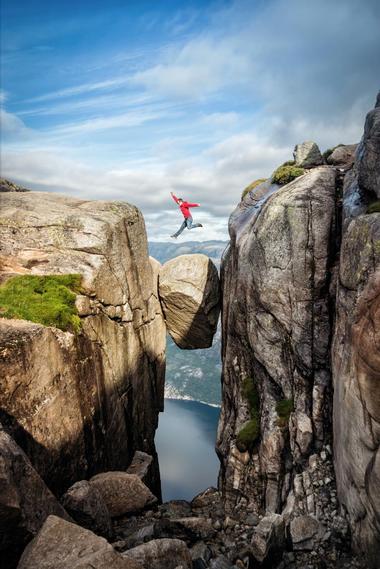 When people think of Norway, the images of raging Vikings comes to mind. But, those days are long gone. Today, Norway is a country with the highest Human Development Index, while its citizens are considered to be the happiest people in the world.

That might surprise you considering that the climate in this country is far from being nice. The temperatures go well below zero, not just during the winter, but also in spring and autumn months. Furthermore, some cities in Norway, like Bergen, for instance, are among the rainiest places on Earth.

If the weather is making you want to stay away from this country, you should know that it has so many landmarks you don’t want to miss. In fact, Norway’s attractions easily compensate for the bad weather. Some of the things you mustn’t miss on your Norway adventure include the Viking Ship Museum in Oslo, The Arctic Cathedral in Tromso, and so on.

You are reading "Countries of Scandinavia this Weekend with Friends" Back to Top or More places to see near me today, what to do, weekend trips 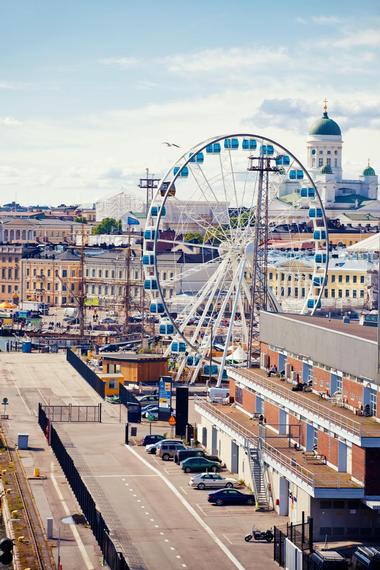 
A few years ago, Finland’s ministry of tourism decided to promote the country by creating three national emojis. They decided to go with the things that symbolize modern Finnish culture – a sauna, a Nokia mobile phone, and a headbanging heavy-metal fan.

Yes, you’re read correctly, Finland is the country of saunas (they even have one in the parliament), the unbreakable Nokia phones, and heavy-metal music. In fact, Nordic metal is incredibly popular in this country, often charting much better than the American pop songs.

You are reading "Countries of Scandinavia this Weekend" Back to Top or Restaurants near me, stuff to do near me

Where should I go this weekend for fun, adventurous places to visit near me today, famous for, kid friendly, what can you do in for free, beaches, resorts near me, time zone, best restaurants near me, natural wonders: WI, Day trips from NYC, From San Francisco, Tampa, FL, LA, From Minneapolis, ID, From Dallas 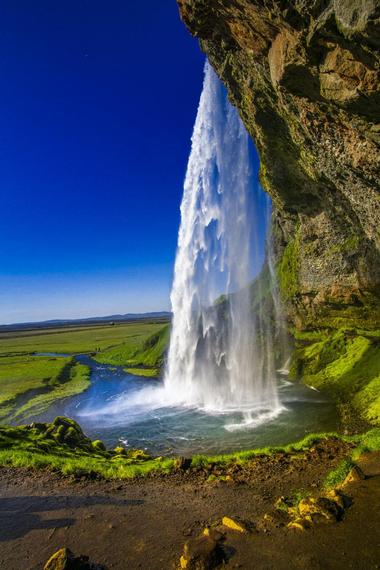 
Although only about 300 thousand people live in Iceland, this country is home to so many amazing things. The country’s capital Reykjavik, for example, is the where one of the largest churches in the world, the Hallgrímskirkja Church, is located. It’s also the place where you can enroll in the Elf School or visit the largest penis museum in the world.

Speaking of the museum, some of its exhibits include a whale’s penis, while there’s also a real human penis on disposal. It was donated by a lifelong fan of the museum. Don’t worry – he had passed away before it was cut off.

If you’re more of an outdoors person, you’re guaranteed to fall in love with Iceland’s fjords, geysers, and volcanoes. This country is also an ideal place to observe the Northern Lights (Aurora Borealis). But, in order to be able to do that, you need to visit the country between September and April.

You are reading "Countries of Scandinavia" Back to Top or More must do for couples, what to do near me, places to visit this weekend

Where can I go for top-rated things to see near me, fun things to do today, with toddler, social distancing, places near me, list of, stuff to do near me, rentals, beach and last minute resort ideas for couples: CT, IL, CA, MD, VT, VA, Atlanta, From Chicago, MD beaches

You are reading "Countries of Scandinavia " Back to Top

Best Things to See & Do in Grand Teton National Park