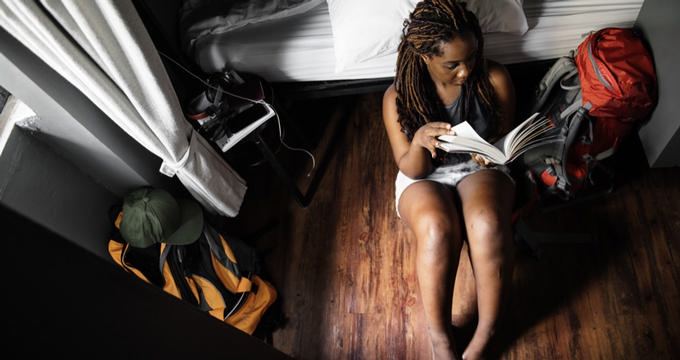 Located in the northern central part of the country, Budapest is the capital city of Hungary. It's also the largest city in terms of population, being home to over 1.7 million people in total, with over 3.3 million in the full metropolitan area.

A fascinating city with history dating back many centuries, Budapest began life as a simple Celtic settlement and then a Roman town, later becoming part of the Ottoman Empire, the Hungarian Empire, and the Austro-Hungarian Empire. It played a major role in several key events through Hungarian history including the Hungarian Revolutions of 1848 and 1956, as well as the Battle of Budapest during World War II.

The main cultural, commercial, financial, educational, and media center of Hungary, Budapest has one of the fastest-growing economies of any major European city and is considered a great place in which to live and work. It's also a highly desirable touristic destination, being ranked by many experts as one of the most beautiful cities in all of Europe. Leading travel publications like Condé Nast and Forbes have classed Budapest very highly in terms of beauty, and the city draws in over 4 million tourists each and every year.

Budapest is a very popular spot for backpacking tours of Europe, with lots of young travelers or people on a budget heading to this city and staying at hostels to keep their costs down. The hostels of Budapest offer affordable, comfortable accommodation, with many of them also providing additional features and amenities like free Wi-Fi and communal kitchens. Read on to learn all about a few of the best hostels in Budapest.

Situated in the Terzvaros neighborhood in the heart of Budapest, Wombat's City Hostel Budapest really excels in terms of its location. You'll find that many of the main touristic hotspots and must-visit landmarks of Hungary's capital city are actually within walking distance from this hostel, with places like the Hungarian State Opera House, the Neprajzi Museum, the Hungarian Parliament Building, and Buda Castle all within around 15-30 minutes by foot. This hostel is also nicely situated for bars and restaurants and features a nice selection of dorms and private rooms.

The dorms at this Budapest hostel are surprisingly spacious, with large windows, high ceilings, and good quality beds helping to provide a lot of comfort and satisfaction for every guest. You'll also find a round-the-clock front desk, with friendly staff members on hand to provide you with maps of the city and guidance during your stay. The shared bathrooms are super clean, the dorms feature their own seating areas, breakfast is provided, and there's also a communal lounge area and laundry machines for your convenience.

The Maverick Hostel is definitely one of the best hostels to choose if you're planning a trip to Budapest. If you happen to know anyone who has been to Budapest in the past and stayed in the hostels of the city, they'll probably tell you that this is by far one of the top spots. It's located in a gorgeous old building in the Inner City area, just a short walk away from the banks of the iconic Danube River. You'll find plenty of good shops and cafes on the local Deak Ferenc Street, with landmarks like Buda Castle and the parliament buildings only a short walk away as well.

Simple dorms and rooms can be found at this hostel, all tastefully decorated and furnished to an impressive standard. In addition, due to the fact that it's housed in such an old and pretty building, this hostel also features a lot of wonderful interior design and unique architectural elements that add to its charms and make it feel more like a luxury hotel than a typical European hostel. Free Wi-Fi is provided here, along with use of a shared kitchen and lounge space.

Another excellent location for your next Budapest trip, the Hive Party Hostel lives up to its name by providing a lively location for parties and fun times that young travelers will simply adore. This hostel can be found in the eclectic Erzsebetvaros district of Budapest, which is well known for its fashionable shops, lively old streets, great nightlife locations, and super pubs. It's also within walking distance of a casino, the Opera House, some good parks, and a few other key landmarks, as well as being not too far from the Danube River.

The Hive Party Hostel is an adults-only location. You'll find that the rooms here have been stylized to match the hostel's name, with black and yellow, bee-like stripes on the walls of the pod-style beds. It's quite a futuristic hostel with cozy rooms and a welcoming atmosphere. Each dorm bed is fitted with its own reading light and power outlet too, with several storage solutions available to keep your bags and souvenirs safe. This hostel also features a communal kitchen, a restaurant up on the roof, and easy access to the local subway station.

16 Best Places to Visit in France

25 Best Places to Visit in England