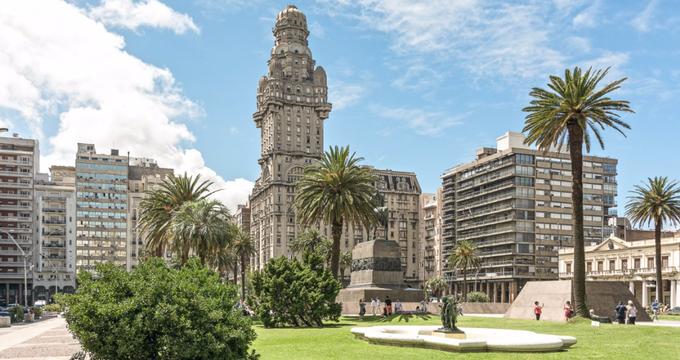 Uruguay is South America's second smallest country. It is on the coast of the South Atlantic Ocean, tucked between Brazil to the north and Argentina to the west and south. More than half of the population lives in the capital, Montevideo. Agriculture and tourism are the major industries, with sheep and beef farming taking up 60% of the land. It was first colonized by Portugal and then Spain but Brazil and Argentina also had notions of absorbing their tiny neighbor. It is South America's most socially advanced country and has been rated first in terms of democracy, peace and press freedom. 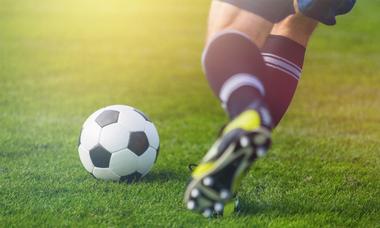 The Centenary Stadium in Montevideo was completed in 1930 to host the inaugural FIFA Football World Cup and to mark the centenary of Uruguay's constitution. FIFA has acknowledged that it is the only historic monument of World Football. The Uruguayan team was inspired to take the trophy at the end of the tournament, a feat that they repeated in 1950. The stadium has four grandstands and seats 80000 people. The Tower of Tributes rises several stories above the stadium and can be seen across the urban landscape. The Football museum was opened in 1975. The stadium is the home of the national team when they play international games. 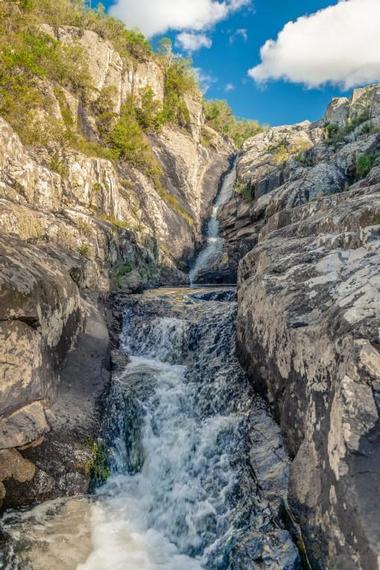 The waterfall in this park, falls 60m into a crystal clear pool. There are hiking, trekking and horse riding trails. Rock climbing walls of varying in difficulty make use of the natural terrain. Climbers can choose to abseil down. Two ziplines start at a height of 60m. One is 150m long and the other 180m. A four-bedroom house can accommodate up to 30 people and camping is permitted. The restaurant serves barbecue under the stars or diners can enjoy boar casserole or boned lamb indoors. The park is about 100 km north east of the capital and is open all year round. 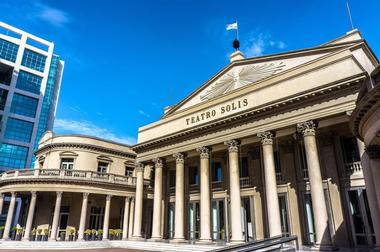 The notion of an opera house to rival those of Europe, a place 'to see and be seen', was conceived in 1840. The architect was Mariano Arana and the first portion of the Teatro Solis was completed in 1856. Two wings were added to the Neoclassic Coliseum in the late 1860s. Materials were sourced across Europe – slate, Siberian wood and Italian marble, among others. Productions include opera, piano recitals, symphony performances and plays. Guided tours are available for the public and educational institutions. The 'Myths and Legends of Freemasonry' tours explain the organization's involvement with the history, the décor and the architecture. 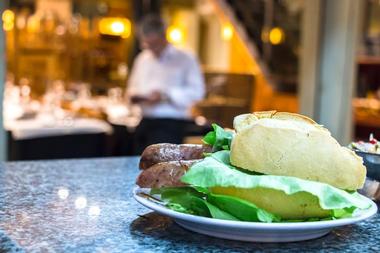 The Old Port Market in Montevideo was established late in the 1800s and is a popular tourist destination. Troubadours and solo guitarists entertain the patrons who can choose from a range of eateries. There are sit down options at cafes and restaurants or take-outs from kiosks and fast food outlets. Although much of Uruguayan cuisine involves meat, the seafood is fresh at this port market which overlooks the harbor. Painters and craftsmen, using different media, display their work. The flea market wares vary from season to season. The most sought after items are traditional clothes and leather but there is always hope of finding a bargain antique. 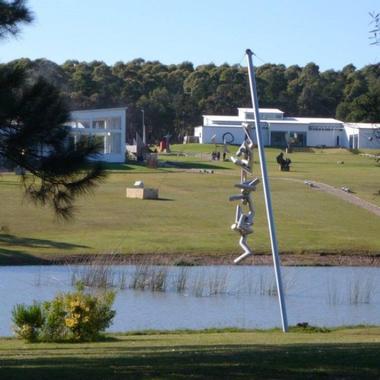 
From an early age, Pablo Atchugarry's parents noticed that he had talent. He specialized in sculpture and furthered his studies in Europe. His work has been exhibited around the world and his commissioned work can be found in countries such as the USA, Monaco, Italy and Israel. In 1999, he opened the Museo Pablo Atchugarry in Lecco, Italy where his first solo exhibition had been held. In 2007 he started the Fondacion Pablo Atchugarry in Manantiale, Uruguay to stimulate art and to provide a place for artists in his home country. The complex houses a restaurant, 30 ha sculpture park and workshops. It is open all year round. 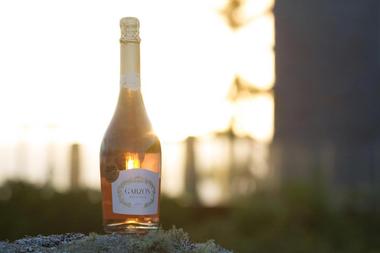 
Bodega Garzon has been granted several awards, among them being the New World Winery of the Year in 2016. The soil in the area is ideal for growing grapes. Patrons of the wine bar and boutique restaurant can overlook the vineyard through the floor-to-ceiling windows. Estate, reserve and single vineyard wines are available in red, white, sparkling and late harvest. The restaurant has an open pit for cooking and hosts cooking classes around it. On Sundays, there is a three-course set menu, paired with wines. Tasting and tours of the various vineyards and winery are offered. 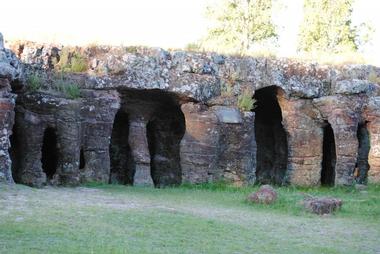 Geoparks represent areas of geological and cultural significance. They have several objectives, including conservation, sustainable economic development and education. The geopark at Flores, in south central Uruguay, was the second in the Latin American Network of Geoparks. The community brought the Palace Cave site to UNESCO's attention. It is a protected area because of its cultural significance. Geological formations, in the form of caves and many impressive columns were created by erosion around iron ore deposits. There are 14 geo-sites in the 3600 square kilometer geopark. Camping is permitted in the park and there are several hotels and restaurants nearby. 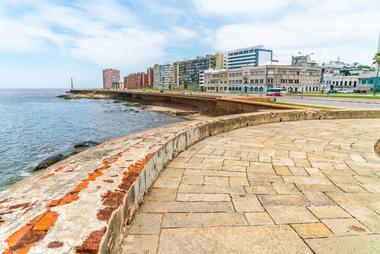 This pathway, which runs the entire length of the Montevideo coastline, from the ferry terminus to near the airport, is the longest in the world. It is almost 25 km long and has markers every 500 meters. It is a relatively flat, wide path, making it suitable for a number of leisure time activities. Walking, jogging and cycling are permitted along the entire length, with skateboarding and rollerblading confined to designated areas. Fishermen also use the path. The Old City, Maritime Museum and several gyms can be found along the route. 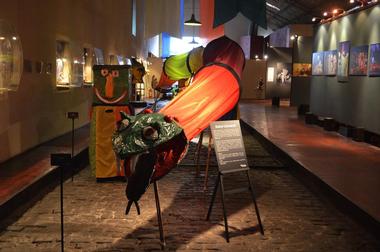 For 40 nights, from late January to March, the carnival is conducted in the streets of Montevideo. This small museum in the historic center of the city, chronicles the origin and history of Uruguayan carnival, the country's most popular festivity. The museum arranges behind-the-scenes evenings with performers during the carnival and tours of the routes out of season. There are permanent, temporary and traveling exhibitions of costumes, props and photographs at the museum. The daily guided tours attract local and international tourists. The more in-depth workshops include a meal and wine.

25 Best Things to Do in Brazil

21 Best Things to Do in Las Cabos

25 Best Places to Visit in December