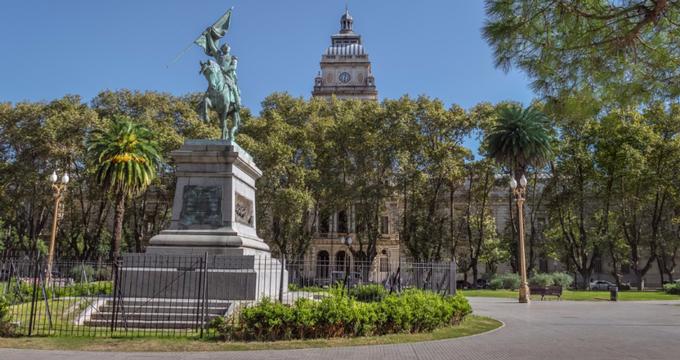 Rosario is Argentina's third largest city and rates second in terms of gross regional product. The economy is based on agriculture, agri-processing and the manufacture of food-related machinery. It is a rail terminus and an inland port city, accessible via the Parana River. Rosario is in the central Santa Fé province, 300 kilometers northwest of the capital, Buenos Aires. There are several examples of neoclassical architecture in the city that make it attractive to locals and tourists. It is the place where the Argentinian flag was first hoisted and where the internationally renowned revolutionary, Che Guevara was born.


1.National Monument of the Flag 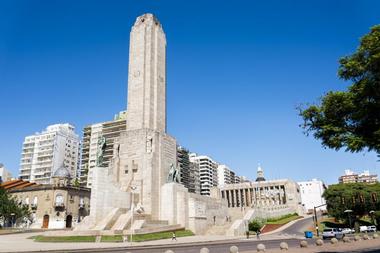 The 10000 square meter monument was built to commemorate the first time the Argentinian flag was raised. It was also the first time a free flag had been raised on the South American continent. Colonel Begrano made a makeshift blue and white flag during the Battle of Independence and raised it in victory on an island in the Parana River. The monument is built in the shape of a ship and has three distinct parts. The tower is 70 meters tall and the view from the top is worth the climb. The Civic courtyard leads to the Propylaeum which houses the eternal flame. 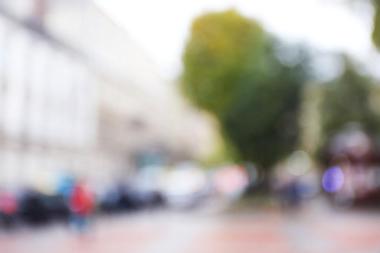 On the second floor of this neoclassical building, one of the 20th century's most divisive figures was born. It is the birthplace of Che Guevara, born Ernesto. Che was the oldest of five and studied to be a physician. It was while he was traveling around Latin America as a medical student that he became outraged at the poverty he saw. He blamed capitalism and became a Marxist revolutionary. He fought with Fidel Castro during the Cuban revolution and rose to second in command of that country. He was killed in Bolivia by the CIA. There is no plaque on the building where he was born. 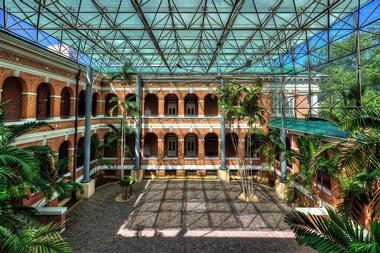 The MACRo museum is housed in the ten stories of the administrative block of the former Davis Silos, alongside the Parana River. The eight columns of the enormous silo block, at the northern end of the Orono Boulevard, are painted different colors and stripes. There is a glass elevator on the outside of the building which affords visitors panoramic views of the river and islands. MACRo is an annexe to the Juan B Castiagnino Fine Arts Museum and contains the most important collection of modern art in Argentina. There are more than 300 works from 220 artists in the 970 square meter space. 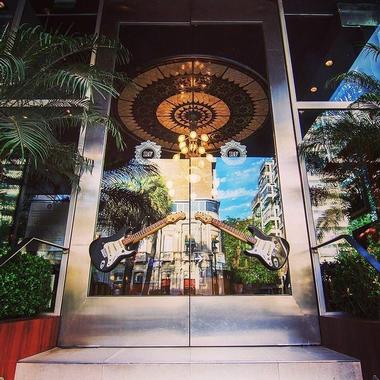 The Rock & Fellers restaurant in Rosario is one of a chain of franchised modern, American-themed diners in Argentina. The theme is, as the name suggests, Rock and Roll. This extends to the music, the décor and the food. Music instruments adorn the walls and videos of the 70s and 80s play on large screens. The American cuisine includes burgers, steaks, spare ribs and fries, with chocolate for dessert. They serve draft beers and wines. The restaurant is popular and the atmosphere inside is vibrant. On the terrace, the dining experience is quieter. 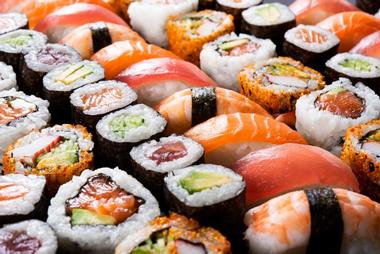 
This authentic Japanese restaurant is the first if its kind in Rosario. Sushi is the main attraction, always fresh and well-presented. Platters of up to 80 pieces can be ordered. There are other Japanese and Asian dishes on the menu, such as tempuras, teriyaki steaks and a variety of vegetarian and other side dishes. Japanese beverages are also available. Diners can choose to sit down to eat or to have their food delivered. There are regular specials such as sushi sales and ladies nights. The restaurant is closed on Sundays. 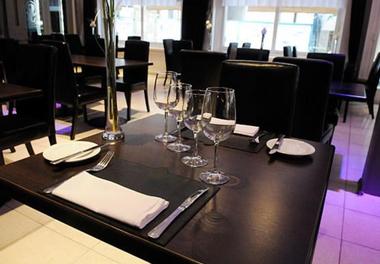 
The restaurant is situated along the San Martin avenue side of the Hotel Esplendor Savoy, in Rosario city center. The 89-room hotel is in an imposing French neoclassical building, set on a corner plot. The décor is a mix of modern furnishing in an Art Nouveau setting. The lighting is computerized and subtly changes color, against a backdrop of jazz or Argentinian music. The long, dark wooden bar of the restaurant runs the length of the interior wall of the room. There are three dining options – armchairs along the window, formal 'Grande' tables, or café style. Savoy Grande Café is open from Monday to Saturday, from 8 am till midnight.

There are two 'Old Balcony' family-owned restaurants. The first was established in the mid-1980s and has a rustic 'Italian Street' theme. The second is situated at North Port in a red brick building with a more modern interior. A large cantilevered mezzanine floor seats 50 and is available for private functions. Fresh, home-made breads are served to start each meal. The mainstay is traditional Argentinian meat dishes. Large portions are roasted to perfection. Seafood, pastas and home-made desserts are also on the menu. 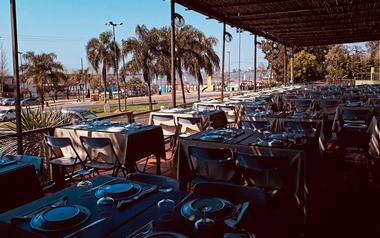 This popular grill-restaurant serves a combination of Argentinian, Creole and Italian cuisine. It specializes in fresh- and salt-water fish dishes. The terrace overlooks the Parana River where the riverine fish is caught. Beef, pork and chicken dishes are cooked on the grill. One-pot meals such as paellas, pastas and casseroles are also on the menu. The restaurant has an extensive wine list. There are three set menus for groups. Parilla Escauriza is open 7 days a week and closes between lunch and dinner. Booking is essential as the restaurant fills up and queues are not uncommon. 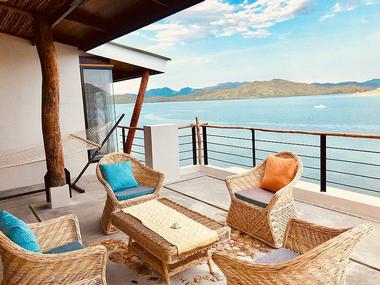 This bar and grill restaurant is popular with locals, for its traditional Latin American and Argentinian cuisine. Portions are large and focused mainly on meat dishes but there are vegetarian options available. The restaurant has a stylish interior with additional seating outside in the courtyard. There is an Executive Menu, daily specials and a take-out option. There is also a selection of wines and beers to choose from. Lionel Messi, five time winner of the FIFA footballer of the year, was born in Rosario and the owners of this restaurant are fans.

25 Best Things to Do in Brazil

25 Best Places to Visit in September

25 Best Places to Visit in the World