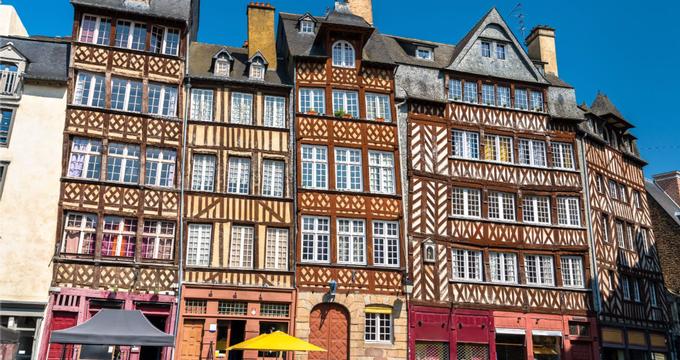 Rennes is the capital city of Brittany, a magnificent medieval town in northwest France known for its fascinating half-timbered houses and imposing Rennes Cathedral. It is lovely walkable town with much to see. Parc du Thabor has a beautiful rose garden, French garden, English park and aviary. The Musée des Beaux-arts, located south of the Vilaine river, has a large collection of works of art that includes paintings by Botticelli, Rubens and Picasso. The Champs Libres cultural center includes the library, Brittany Museum) and the science center with a planetarium. CDC information for travelers. Hours/availability may have changed. 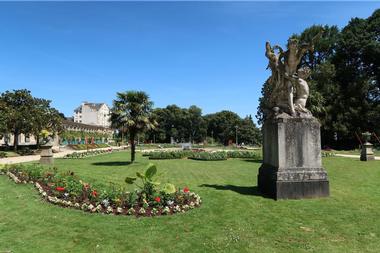 Located in the heart of Rennes, on its highest hill, the Thabor Park is one of the most beautiful parks in France. For a long time the garden belonged to the monks of Saint-Melaine Benedictine Abbey, and there was time when only men were allowed to visit it. The garden was redesigned in 1866 by the famous Parisian landscape designer Denis Bühler and its ten magnificent acres were divided into French-style garden, an English park, a bandstand, a cave, several ponds, many beautiful statues, old rare trees, an aviary, an area named L’Enfer (hell) and a magnificent rose garden with 2000 varieties of roses. 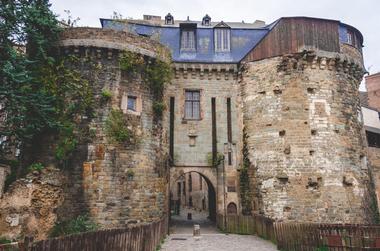 Duchesne Tower is part of the Gallo-Roman defensive wall in Rennes, France, built in the third century to protect this part of the town. The tower was rebuilt in the 15th century, at the same time when the second tower and Mordelaise Gate were built. The gate was at that time the main entrance into Rennes. Today the tower is located next to the former Hôtel d'Artillerie. The tower got its name from Jehan du Chesne, who was the first inhabitant of the tower. It is classified historical monument.

You are reading "10 Best Things to Do in Rennes, France" Back to Top 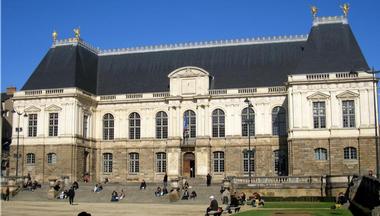 The Palace of the Parliament of Brittany, or the Parliament of Brittany, in Rennes, in Ille-et-Vilaine, is one of the most important architectural works of the 17th century France and an important part of Brittany patrimony. The palace was designed by the architect Salomon de Brosse, who also designed the Palais du Luxembourg in Paris, and it was completed in 1655. The magnificent palace was the seat of the Parliament of Brittany from the time it was built until the parliament was dissolved by the French Revolution in February 1790. In 1804 the building became the Rennes Court of Appeal and it still serves that role. In 1994 the building was completely restored after the fire damaged most of it and is today one of the most popular Rennes tourist attractions.

You are reading "10 Best Things to Do in Rennes, France" Back to Top 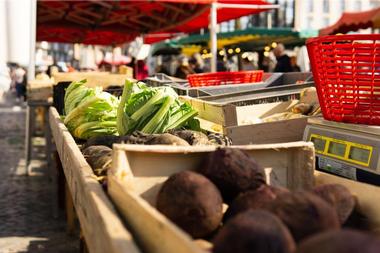 La Place des Lices is the heart of Rennes, France. For more than four centuries, every Saturday from 7:30 AM to 1:30 PM everyone in Rennes picks up a basket and heads to the Lices square. It is the largest Rennes market the second largest market in France. It is the place to come and taste and see what is fresh, new, delicious and special. People walk with their basket in hand and taste produce and products of more than 300 farmers, vendors, artisans and craftsmen. Colorful stalls are filled with fresh local produce, fish, seafood, shellfish, meat, charcuterie, fruits, vegetables, cheese, butter, flowers, honey, jams, bread, cider and the traditional sausage pie. It is a wonderful place to get the pulse of Rennes and enjoy the best Rennes has to offer.

You are reading "Fun Things to Do in Rennes, France this Weekend with Friends" Back to Top or More places to see near me today, what to do, weekend trips


Rennes Cathedral or Cathédrale Saint-Pierre de Rennes is a Roman Catholic church located in Rennes, France, and the country’s historic monument. The original Gothic cathedral was demolished in the mid-18th century and the new one was completed in 1844 in Neoclassical style. Dedicated to Saint Peter, it is also a working church and the seat of the Archbishop of Rennes, Dol, and Saint-Malo. The cathedral contains a number of priceless treasures including the Roman high altar, a huge pipe organ, a number of paintings and ancient vaults. The Cathedral of Saint Peter witnessed many important moments in the history of both Brittany and France, including the coronation of the dukes and duchesses of Brittany.

You are reading "What to Do in Rennes, France this Weekend" Back to Top or Restaurants near me, stuff to do near me


Les Champs Libres or The Free Fields is a cultural center in the heart of Rennes, France, near the railway station. Opened in 2006, the center the cultural center of Rennes and it includes the Library of Rennes Métropole, the Museum of Brittany, the Espace des sciences (the Science Center) and planetarium. It also has the Cantine numérique rennaise, an exhibition room and a conference hall. The building was designed by the French architect Christian de Portzamparc. The planetarium offers fascinating 3D shows. The museum of Brittany has a significant collection of rare and aesthetic artifacts, which tell the story of the social, technical, cultural and societal evolution of Brittany and the Breton people, from Prehistoric times to today.

You are reading "Top Romantic Tourist Attractions in Rennes, France" Back to Top or More must do for couples, what to do near me, places to visit this weekend 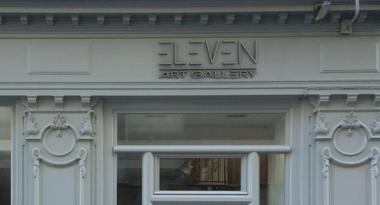 Eleven Art Gallery is dedicated to art photographs and contemporary sculptures of the owner Michel François SALMON and a number of outstanding young or recognized international artists. This fascinating place, located in the heart of Rennes, not far from the Opera House and the Place de la Mairie, aims to make art photography accessible to a large audience and to act as a place of exchange and meeting between artists, art collectors and art lovers. All the photographs in the gallery are numbered and signed. The prints have maximum 30 copies, giving them the status of a work of art. This new concept reconciles the desire of art lovers to possess a limited edition art photography at an attractive price.

You are reading "What is There to Do with Kids in Rennes, France" Back to Top or More tourism, attractions for couples, food, things to see near me today

The Museum of Fine Arts of Rennes or Musée des beaux-arts de Rennes is a main fine art museum in Rennes, France. Its priceless collections range from the antiquities from ancient Egypt to the Modern art, making the museum one of the most important in France. The museum was established in 1794 during the French Revolution. Its first collections consisted of the artworks confiscated from the churches and public buildings in Rennes. Today the majority of the holdings come from the private collection of the president of the Parlement de Bretagne Christophe-Paul de Robien. At the time of the Revolution his collection was one of the largest in Europe. It includes prints, drawings, paintings, antiques and sculptures. The building housing the museum was built between in 1847 and 1855 and since 1911 is used entirely to house the museum's collections. 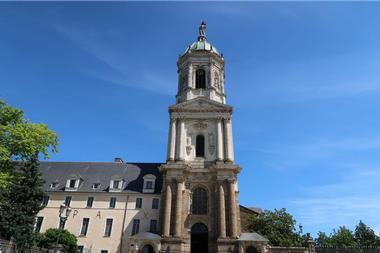 Notre-Dame-in-Saint-Melaine is a French abbey church located in Rennes, department of Ille-et-Vilaine, France, just next to the western end of Thabor Park. All that remains of the former Benedictine abbey today is the abbot's residence, the cloister with its elaborate decoration and the Notre Dame church. The church has elements from the Romanesque era, together with statues, tombs and 19th-century and contemporary stained glass windows. Since 2016, Father Nicolas Guillou, appointed pastor of the parish. Is in charge of the Abbey. The sanctuary is dedicated to St. Melaine, the first bishop of Rennes, who died in the SIXTH century and was buried on the hill of the Field of Repos in Rennes. The church served as a cathedral in the first half of the 19TH century until the Saint Peter's Cathedral in Rennes was rebuilt.

"Best Things to Do in Rennes, France for Locals & Tourists - Restaurants, Hotels" Back to Top or Beautiful places near me, what to do, restaurants for breakfast, travel guide, nearest beach

What to do near my location downtown at night in fall, winter, spring, spa near me, summer, places to go, wedding venues near me, beach, wedding venues, open parks, hotels near me, burger, nature park, nice restaurants near me: UT, Indianapolis, From Kansas City, Mackinac Island, Chattanooga, Southwest vacations, RI, From Chicago, Sacramento, Nantucket, Girls Getaways, Santa Barbara, PA 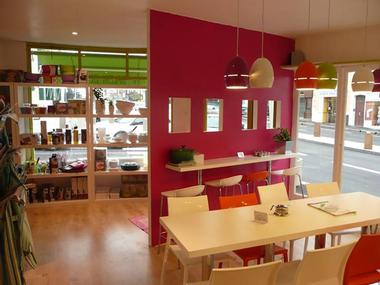 Grune and Co is a tiny lunch and tea shop in downtown Rennes famous for its savory pies and fantastic home-made desserts. It is simple and unpretentious, with colorful walls and a few tables on the sidewalk. There is a new menu every day, and you can combine a pie, a salad and dessert for a fixed price, to eat in the restaurant or take out. Everything is made fresh from local seasonal ingredients. Delicious pies include Tuna with tomato and mustard, Smoked salmon and leeks, Mustard chicken with goat cheese, Cauliflower tomato curry, Bacon leeks and goat cheese and much more. They serve wine and beer with the meals.

You are reading "10 Best Things to Do in Rennes, France " Back to Top

19 Best Things to Do in Odessa, Ukraine