17 Best Things to Do in Perth, Western Australia 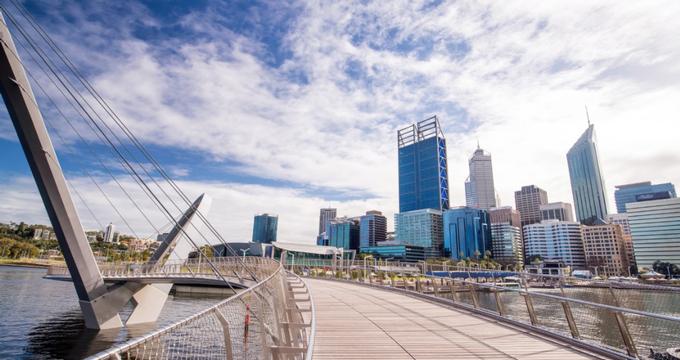 Perth is the capital of Western Australia, the largest and most sparsely populated state of Australia. It is situated on the Swan River coastal plain, inland from the port of Fremantle. At the edge of the shallow coastal shelf, there is a string of islands. It was founded in 1829 and named after Perth in Scotland. In the 1850s it became a center for convicts brought over from England as cheap labor. The population swelled considerably in the late 1800s when gold was found in Western Australia. The city is still the main service center for the mining industry in the state. 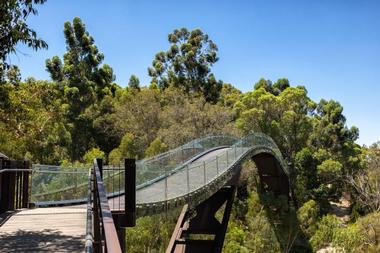 This large inner city park has sweeping views of the Perth skyline and the Swan and Canning Rivers. It is home to the Botanic Gardens which houses more than 3000 species of Western Australia's unique flora. Two-thirds of the park is protected bushland. The park brings together Aboriginal, European and contemporary culture through scheduled events and exhibitions. Photography, walking and cycling are popular activities. Children will enjoy the playground and discovery center. A café on the premises provides refreshments and plants and memorabilia can be purchased at the gallery shop. The park is open all year round and entrance is free. 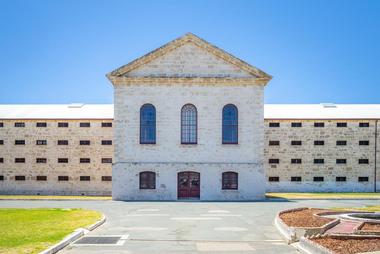 The Fremantle Prison was built by the convicts that it would house. Between 1850 and 1868, ten thousand men and women were transported to this former colony for a range of offenses. The prison was used after 1868 to incarcerate imperial, colonial, foreign and war prisoners. There was a spike in activity during the gold rush. Exhibitions such as Insider Art, Protest and Unrest, and other topics are scheduled throughout the year. Thematic tours are offered, with intriguing titles like True Crime, Tunnels, Escape and Torchlight. A café provides light refreshment and numerous venues within the complex can be hired. 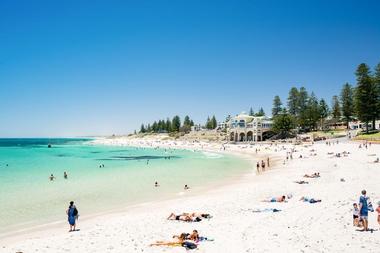 For more than a century Cottesloe beach has been a favorite destination for residents and visitors alike. It is on the Indian Ocean coast, halfway between Perth and Fremantle and is on a bus route. The beach has been divided into three areas, suitable for swimming, snorkeling and surfing, respectively. There are several restaurants along the beachfront. The beach faces west and the sunsets make for romantic dinners and great photo opportunities. Hotels and seafront apartments offer overnight accommodation, a short walk from the sea. 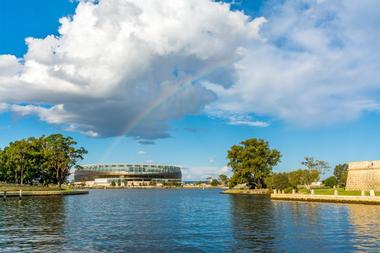 The state-of-the-art state-owned Optus Stadium was completed in 2018. It received several awards for its design, construction, use of technology, tourism potential and collaboration. It is situated east of the central business district of Perth and has sweeping views of the Swan River. It is a multipurpose stadium with seating capacity for 60000, suitable for many sports events and music concerts. Around the stadium there are barbecues, picnic spots and displays of public art. There are two dining areas and a range of fast food options available in the stands. Private suites and boxes are leased per event or per season. 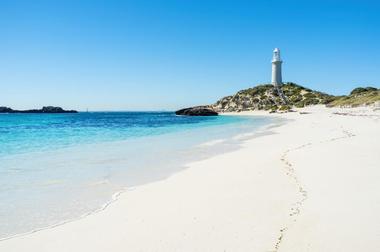 
It is thought that Rottnest and the chain of small islands nearby were once part of the mainland. The island is made of limestone with a thin layer of sand. Fauna and flora have had to adapt to the poor soil and sea conditions. The most prolific animal is the quokka which looked like a rat (rott) to an early Dutch sailor and that is how the island got its name. There are coral reefs offshore and 13 ships have been wrecked nearby. Until 1903 there was a pilot service offered from the island. There is plenty to see and do on Rottnest so dinner and a stay over might be warranted. 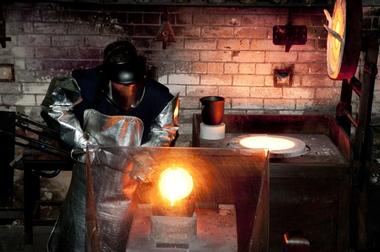 
The Perth Mint was opened in 1899, in response to the gold rush in Western Australia. It is still operating out of the same building and supplies 18 billion AUD in coins, bars and medallions to more than 100 countries, annually. High tech vaults protect the precious metals that customers store on the premises. The Mint is also a tourist destination. The Mine to Mint tour will take a whole day. The history and the mint's role in producing legal tender and bullion for the British Empire is told in the Gold Exhibition. The shop sells coins, including novelties such as Barbie and Star Trek collectibles. 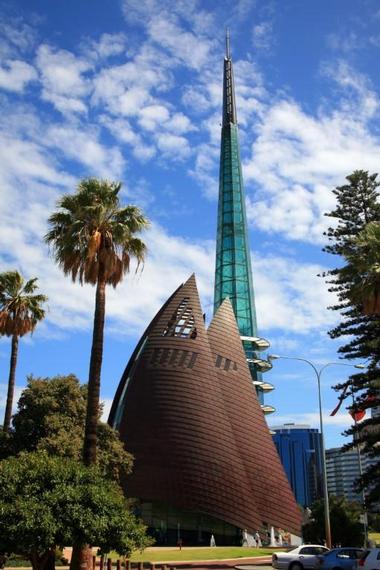 The Swan Bell Tower, as it sometimes known, was one of Perth's Millennium projects. It is said to be the world's largest musical instrument and to have the second largest set of changing ringing bells. Twelve of the eighteen bells were made in the 14th century for St Martin in the Fields church in London. The building is a design and engineering feat. The bells weigh 9 tonnes and when rung exert pressure on the structure. There are 5 levels in the bell tower, including a viewing platform to view the bell ringers and an open air observation deck. 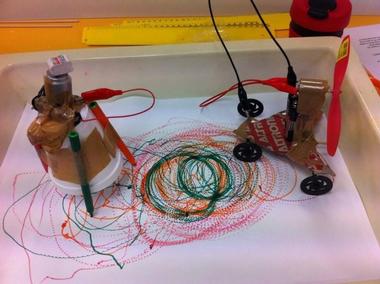 Scitech is an award-winning science and education center in the heart of Perth. Thematic exhibitions, an interactive discovery zone and a planetarium provide engaging ways for children and adults to learn. There are programs for early childhood, primary and secondary school children as well as enrichment events for professionals. Live shows include the Science Theatre and a puppet theatre for 3-7 year olds. The traveling exhibit can be hired for appearances at schools, libraries, malls and playgroups. The Discovery Shop stocks educational books, toys and models. The Center is open daily from 9 am to 5 pm.

9.The Aquarium of Western Australia 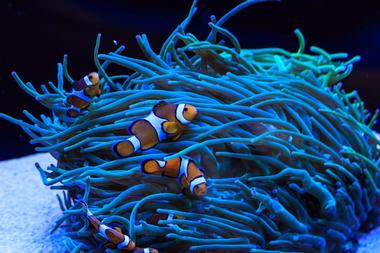 The aquarium offers something for everyone. There are free school holiday activities and adults-only evenings. Children can have fun on the floating ship, with mermaids and pirates. Adults can enjoy a three course meal for two under the sea. There are shark sleepovers and behind the scenes tours, scuba diving lessons and a chance to get in the water with sharks. Special events are planned throughout the year and bookings are welcome for private functions. The aquarium is situated on the Hillary's Boat Harbor, next to the yacht basin and is open daily from 10 am to 5 pm. 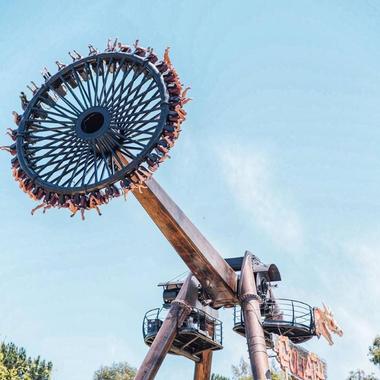 They have some of the most heart-stopping, stomach-churning, hair-raising rides in Australia at Adventure World. The Funnel ride is the longest in the world. The rollercoaster, named Abyss, reaches speeds of 85 km per hour. The Inferno launches you into the air at 4.5G force and then comes the free fall. Dragons feature prominently for the younger children, with a Dragon Safari, the Dragon Flyer and the Dragon Express. Standard, vegetarian and gluten-free items are on the menu at the eatery. Whole or part of the park can be booked for functions. The theme park is closed over winter for maintenance and opening hours change seasonally. 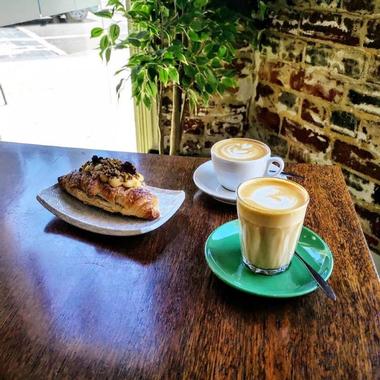 There are two La Veen coffee shops in Perth. 'Heritage' is situated in a listed, red brick building in the center of Perth. There is an option of sidewalk or indoors seating, where the large windows flood the space with light. Although coffee is the main focus, light meals are also served. Around the corner, in Raine Square, near the underground station is a grab-and-go La Veen café. The food offered there is designed for people on the move. La Veen offers classes on sourcing and making coffee. The shops sells coffee beans, drip bags and branded merchandise. 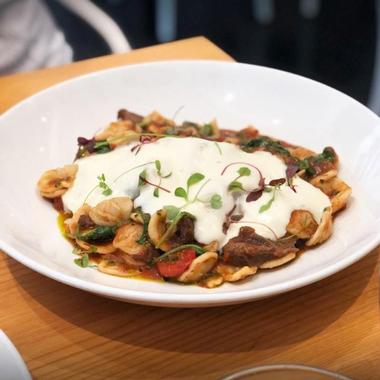 Tiisch Café serves breakfast, lunch and a bottomless brunch, with a menu for each. For lunch there is an option of a la carte, express or a set menu. The food is uncomplicated but varied, designed to be paired with a beverage, which could be Kombucha, cold-pressed juice, hot and cold teas and coffees, cocktails or wine. Fresh ingredients are purchased daily from a variety of sources, such as fishermen, artisan bakers and market gardeners. Catering and carry-out services are also available. Tiisch is open from Monday to Sunday. Evenings are reserved for private functions.

13.The Island at Elizabeth Quay 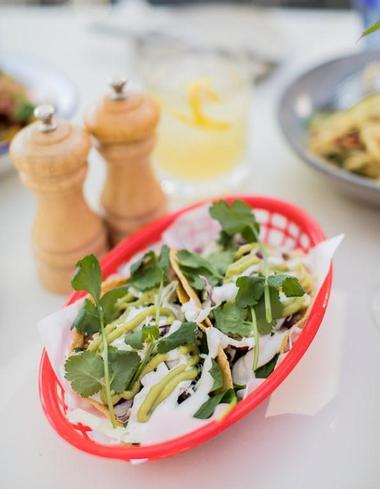 © The Island at Elizabeth Quay

The Island is a waterside entertainment complex, comprising a brew house and garden, a pizzeria, outdoor music venue and playgrounds. It is situated on an 'island' and activities center round the Florence Hummerston building which was relocated from the mainland and renovated to form the Island 'home'. Besides pizzas, Mediterranean, Middle Eastern and Californian cuisine is served. Diners can choose to lounge indoors or to enjoy any of the other three outdoor areas. Beers produced by the micro-brewery have names such as Blonde Betty, Foolhardy and Peg Leg. There are regular live music events and five fire pits outside in winter to keep visitors warm. 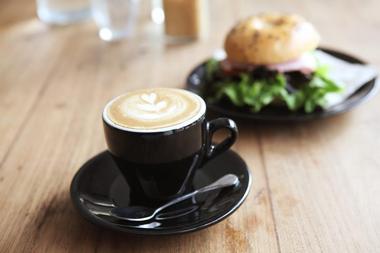 This small family-owned bar and coffee shop is situated down a small lane in the heart of Perth's city center. It is open from early until late, 7 days a week, and serves breakfast, lunch, dinner and late night snacks. Craft beers and specialty coffees accompany the fresh, homemade food. Cocktails are served during Happy . There are regular, weekly music events on Thursday, Friday and Saturday evenings, such as Live Winter Nights and Open Mic Thursdays. A catering service is available. 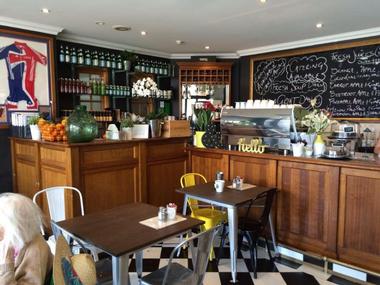 Chef Chris, and his wife Jo, have been waking at 4 am on weekdays and Saturdays since 2005 in order to bake the fresh pastries, cakes and muffins that customers appreciate so at the Bella Gina restaurant and coffee shop. The large menu has a range of healthy, gluten-free and keto diet options. The portions of comfort food are large and the atmosphere is cozy with relaxing music. Patrons can choose to sit inside or outdoors or to order take-outs. The service is excellent and personalized. Regular customers are known by name. The catering service is efficient and the food is of high quality. 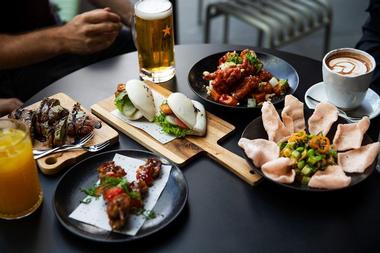 Duotone Café is in the city center, around the corner from one of Perth's premier tourist attractions, the Perth Mint. It is popular with locals for their breakfasts and light lunches. Meals are colorful and appetizing, with paleo, vegan, dairy-free and gluten-free options. The staff take pride in their coffees, whether they are drunk on the premises, taken away or still in the bean. Catering services form part of the product offering.

You are reading "What to Do in Perth, Western Australia this Weekend" Back to Top 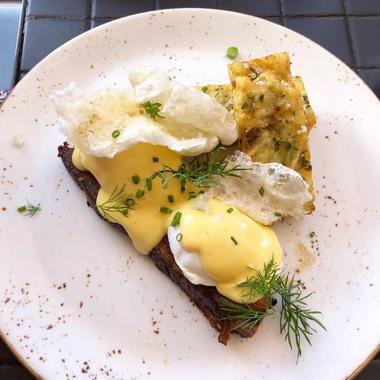 There are five Mary Street Bakery outlets in Perth. Breakfast and lunch and a range of baked goods are served and can be ordered online. Muesli, Granola and Sambos, giant Dagwood sandwiches, are standard breakfast fare. Boxes of 10 sambos, donuts and pastries can also be ordered. The drinks menu offers orange, red and green juices.

17 Best Things to Do in Perth, Western Australia

25 of the Most Unique Sydney Hotels