12 Best Things to Do in Lugano, Switzerland 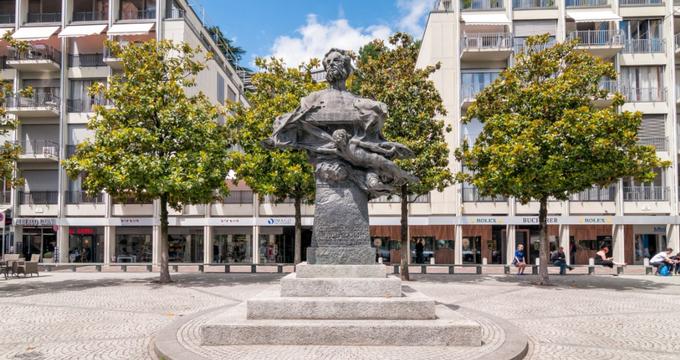 Lugano is on the shores of Lake Lugano, in the Italian speaking canton of Ticino, in southern Switzerland. There have been settlements along the lake shore since the stone ages and Etruscan artifacts from the 2nd century have been discovered in the area. The lake and mountains make Lugano one of the most popular tourism destinations in Switzerland. The mild climate has resulted in subtropical vegetation and deciduous forests, and average winter temperatures are above freezing point. There are 17 historical sites and several museums in the city. Summer is one long festival in Lugano. 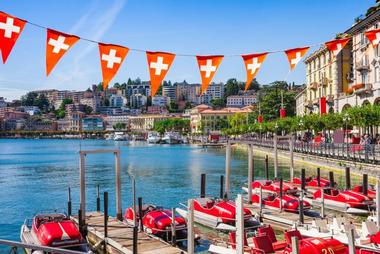 The border between Switzerland and Italy runs through Lake Lugano. It lies between Lakes Como and Maggiore and is the smallest of the three lakes. The lake is not very wide and its deepest point is 288 m. The coastline is rugged and the backdrop is mountainous. Monte Brè (925m), Monte San Salvadore (912m) and Monte Generoso (1701m) are popular attractions in the area. There are several Venetian-styled villages along the shoreline, many that are accessible only by water. Lugano, the city is situated on the north shore. The southern shores are rich with fossil findings. 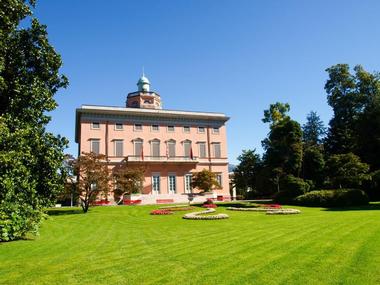 This city park is 6.3 ha of open space which serves as the lungs of the city. It is situated on the shores of Lake Lugano and swimming is permitted in designated areas. The century old trees provide welcome shade on hot days. There are statues, memorials and fountains providing structural interest. The Italian and English parts of the garden are formal with colorful flower beds and manicured lawn. Other areas have been left more natural. There is wildlife on the water and in the gardens. The children's play area has several games. The venue is used for open events. 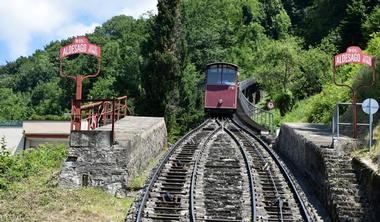 The cable car was installed in the center of Lugano in 1908 to enable citizens to escape to the fresh air at the top of Monte Brè. The journey of 1.6 km takes 10 minutes, to a height of 933 m above sea level. At the top the scenery is spectacular. Visitors can choose to relax on the terrace at the restaurant, see the Wilhelm Schmid art museum or to do something more athletic, like hiking, mountain biking or walking to a nearby traditional village. There is an option to hire a mountain bike to ride back down to Lugano. 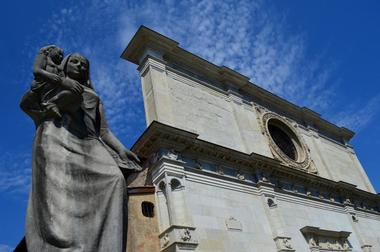 This small cathedral started as a church in 818 and achieved collegiate status in 1078. More than a millennium later it was made a cathedral. It is a functioning Roman Catholic place of worship and the seat of the bishop of Lugano. The church was originally oriented in the opposite direction but was extended in the 15th century. The white stone and carrara marble Renaissance facade is divided into three sections by faux columns. Inside, there are several frescoes and Baroque embellishments. It was renovated in 1910 and has recently been restored. It is open all year round. 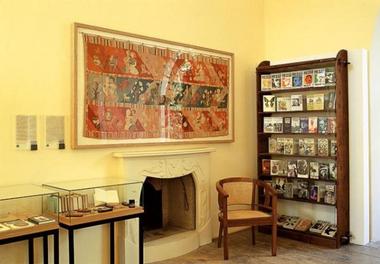 
Herman Hesse was born a Russian citizen but during his lifetime switched nationalities to Swiss, German and then Swiss again. He was a writer, traveller, painter and book dealer. His work was declared undesirable during Hitler's era but he received the Nobel Prize for literature shortly after the war. The museum is housed in the ancient tower in Casa Camuzzi, where Herman Hesse lived from 1919 to 1931. It was opened in 1997. There is a permanent exhibition of his books, paintings, photographs and personal belongings chronicling the 40 years he lived in the Lugano area. 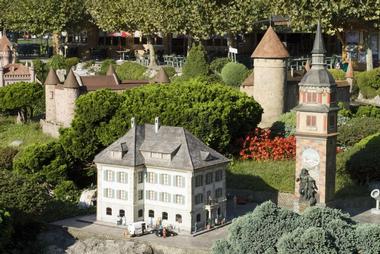 
After seeing the miniature park in Madurodam in Holland, Pierre Vuigner had the notion to create a miniature Switzerland. He searched for land in a suitable setting and finally settled for Melide, a small village on the shores of Lake Lugano. With the help of the mayor he secured the land and then invested all his capital in the 1:25 models of trains, cable cars and buildings, opening the park in the summer of 1959. The park is open April to October, from 9 am to 6 pm daily. Behind-the-scenes tours reveal the operation and maintenance of the dioramas and models. 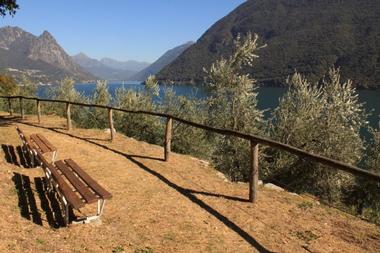 This trail was started by the Friends of the Olive Tree. Eighteen signboards along the 3 km path tell the story of the ancient trees that are still alive, the new plantings and the precious oil that is produced from their fruit. The trail runs from Castagnola to Gandria, mostly along a flat path but there are steep inclines and stairs. There are cafés along the way and beaches where walkers can cool off. On the way back the views are as spectacular but seen from another angle. Another way to return would be by bus or lake boat. 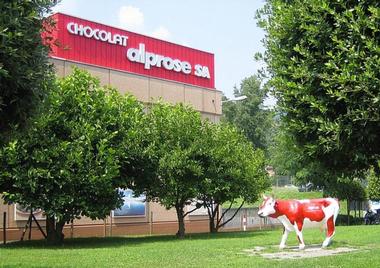 Alprose is the largest manufacturer of chocolates in Switzerland. The company was started in 1957 and a small museum, which explains the history and process of making chocolate, was opened in 1991. Visitors have an option of taking a guided tour through the factory which includes the museum and ends in the chocolate shop. The company's entire range is available for sale and there are plenty of opportunities to taste the free samples. The prices at the factory are much lower than in retail outlets. The museum and shop are open all week but the factory operates only on weekdays. 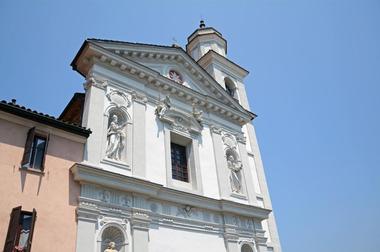 Vico Morcote is one of the villages on the shores of Lake Lugano. The village has a footprint of two square miles, incorporating lake shore and mountain top. Hiking paths and roads wind their way through the steep terrain. The village has a population of around 400 which is a cosmopolitan mix of many nations. Many languages can be heard in the village. The five star Swiss Diamond Hotel is situated near the lake. The Church of Saints Fedele and Simon has a 16th century facade and an interesting interior, with spectacular views to the lake below. 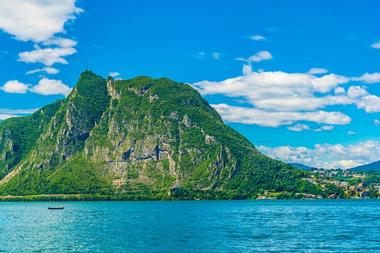 Monte San Salvatore is a 912 m high mountain in the Lepontine Alps, above lake Lugano. It is known as the Sugar Loaf Mountain of Switzerland. A funicular links the city of Lugano to the summit. Passengers need to change carriages halfway along the 1.6 km journey because the vehicles are designed for different gradients. At the top, Restaurant Vetta offers panoramic views of the lake and mountains. It seats 200 people and serves the dish of the day. It is available for private functions. In the village of Carona, there is a small church and a museum dedicated to San Salvatore. 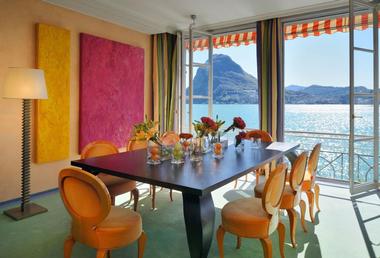 Villa Castagnola was once the winter home of Russian nobility. In 1885 it was converted into a grand hotel. The present owners purchased it more that 35 years ago. It is a 5 star resort on the shore of Lake Lugano, with subtropical gardens and a private beach. The church of San Pietro delle Erbette is located in the grounds making the hotel the ideal venue for weddings. There are three restaurants in Villa Castagnola. Arté al Lago is situated on the waterfront. It is the only Michelin starred restaurant in Lugano. Artwork from around the world is displayed there and twice a year an exhibition is held. 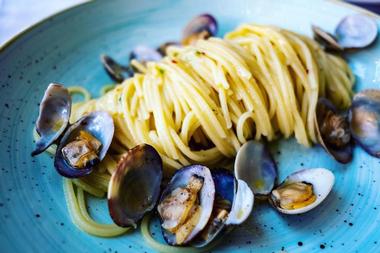 This restaurant is located on the mouth of the Cassarate River, as it enters Lake Lugano. The premises were formerly used as docks for loading and offloading goods for towns upstream. It was a welcome stop for travelers in the 19th century. It is now a popular tavern with a well stocked cellar. The terrace overlooking the water, with a view of the yacht basin, is the ideal summer venue for private events. Classics on the menu include Swiss beef, lake fish and warm apple strudel.

12 Best Things to Do in Lugano, Switzerland

19 Best Things to Do in Odessa, Ukraine