17 Best Things to Do in Grenoble, France 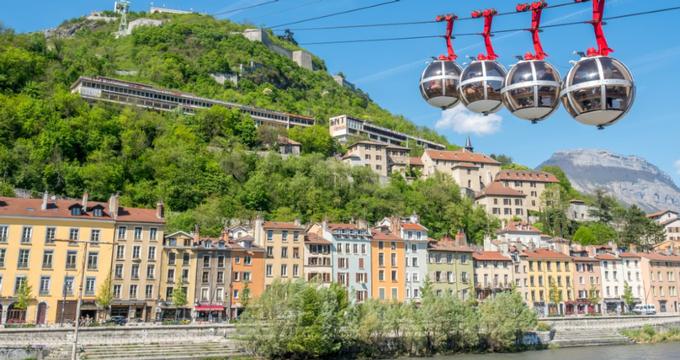 Grenoble is located in the southeastern region of France and has a 2,000-year-old history. It’s known as the ‘Capital of the Alps’ because of its close proximity to the French Alps. This city is home to the Isère River and several national parks surround the city. Besides its scenic nature, Grenoble is also home to history museums, endless sidewalk cafes, boutique shops, and art galleries. 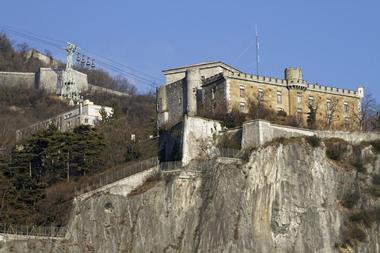 The Bastille is the name of a military fortress that’s been part of Grenoble since the 19th century. It sits on a hill about 1,500 feet above sea level and overlooks the entire city and the surrounding mountains. Visitors can reach La Bastille in seven minutes when riding the famous Grenoble Cable Car. This tourist site also has contemporary and modern art museums, recreational activities, year-round cultural and social events, along with plenty of dining options to choose from. Furthermore, La Bastille is the site of the annual bike race called La Prise De La Bastille. 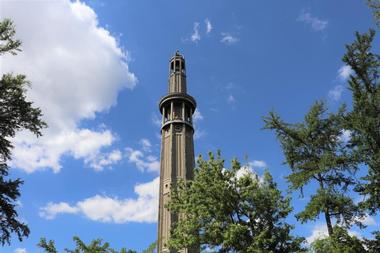 Parc Paul Mistral is the French name for Paul Mistral Park. This urban park opened in 1925 and spans across 67 acres. Formerly a military ground, the park is now home to city hall and several sports facilities. Inside Paul Mistral Park is Perret Tower, the last remaining relic of the International Exhibition of Hydropower and Tourism. Other features of the park include sculptures of Apostu, Guasagnucci, and Rousil, which were specifically built for the 1967's Symposium. Visitors can also discover the park’s pond, a small river, a playground, and a little train. The summer months draw many people for festivals and concerns.

Musée de Grenoble is a museum in Grenoble that features modern, contemporary and ancient art pieces. Paintings and sculptures were created from renowned European artists from the 13th to the 20th centuries. All the art collections are presented in chronological order and total around 800 pieces. There are two distinct sections in the museum, the first showcases art from the 13th to 19th centuries. This section includes work from artists like Georges de La Tour, Rubens, and Philippe de Champaigne. The second section features paintings and other artwork from the 20th century by artists such as Picasso, Ernst, and Matisse. 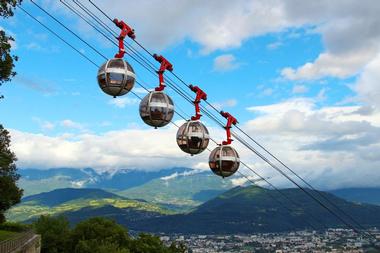 The Grenoble cable car was built during 1934 and was the first urban cable car in the city. It offers a birds-eye view of the city while taking passengers to the fortress of La Bastille. Originally it only had two 12-sided cable cars big enough to hold 15 people. One car headed up the mountain while the other simultaneously headed down. In 1951, these two cable cars got replaced with glass boxes that could accommodate 21 people. Then in 1976, a lower station was added with spherical, or ‘bubble’ shaped cabins. Today, there are two sets of five ‘ bubbles’ that carry up to six people.


The Musée Dauphinois is a heritage and history museum founded by Hipollyte Müller in 1906. His vision of the museum was to "link the first inhabitants of the region to those who still live here today." The Dauphinois Museum is located in a historical monument built during the 17th century. Before it was a museum, the building served as a boarding school, prison, and immigrant housing center. Before the 1968 Winter Olympics took place in Grenoble, the building was fully restored. And today the renovated museum pays homage to a range of fields, such as archeology, ethnology, industrial heritage, and local French history. 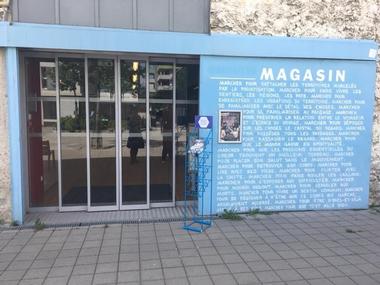 
Le Magasin National Centre of Contemporary Art, or Le Magasin for short, was founded in 1986. It’s situated inside of an industrial hall, that was built in preparation for the 1900 World Fair held in Paris. Le Magasin displays mostly contemporary art. And several times throughout the year, the centre features a new solo show or collective exhibition with the help of the selected artists. Le Magasin is divided into two main areas, the first one is known as the ‘Street’ and showcases large art pieces. The second space is smaller and has intimate exhibit galleries. 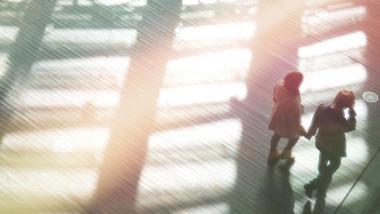 The Archaeological Museum of Saint-Laurent is located inside the former Saint-Laurent parish church. Records show that it was one of the first documented Historical Monuments of France. It’s uniquely known for its Merovingian crypt, which is representative of the art and architecture of the early Middle Ages. Visiting this museum gives guests the rare honor of witnessing two thousand years worth of history under one roof. Excavations took place over the 30 year period from 1978 to 2008 and uncovered much of this history. Some of the archaeological remains range from mausoleums to artifacts from the origins of Christianity.

In English, Musée de l’Ancien Évêché translates to the Museum of the Former Bishopric. It was once the Bishop’s Palace and so it’s now a protected historical monument. The museum is also a dedication to the Isère heritage. Inside, guests will find a permanent exhibit called ‘Isère through History’ that includes paintings, historical, and archeological pieces that relate to the pre-history and current day history of Isère. In addition, the Museum of the Former Bishopric celebrates the work of local artists by presenting several temporary exhibitions throughout the year. Finally, visitors can enjoy a public garden in front of the museum.

The Natural History Museum of Grenoble houses large collections of fossils, minerals, and taxidermied animals. In fact, these collections are some of the biggest in France. The Museum has six different rooms to visit including the Room of the Living Mountain, the Crystal Symphonie Room, the Atlas Room, the Birth of the Alps, the Alpine Mineralogical Sites, and finally a room called ‘In Earth's own words’. Each of these rooms give guests an up close and personal experience with the natural world. Many of these rooms include interactive elements for children and adults alike. Finally, the museum has nearly five acres of botanical gardens to explore. 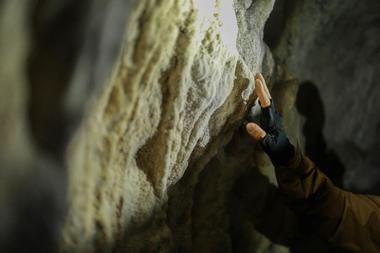 The Sassenage Cisterns, or ‘les cuves’ is an underground river located outside of the city of Grenoble. The cisterns were formed and shaped over a million years ago by the water than runs through it. Tour guides take travelers down to the majestic underground world where they are quite literally in the center of the earth. The sounds of the flowing river can be heard while the natural wonders of the cave capture the eye. The Sassenage Cisterns opened to visitors in 1947, and over the years it became more accessible and now has over one kilometer of walking paths. 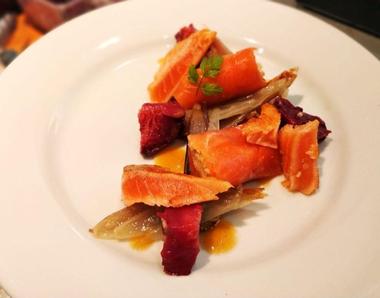 Le Côte is a French and European restaurant open for lunch and dinner. For five years running, from 2015 to 2019, Le Côte was given the Certificate of Excellence by TripAdvisor. The owner buys the best and freshest ingredients available to craft the dishes. He’s also the restaurant’s sole cook and waiter. The restaurant is small with just six tables, so it’s best to reserve a table ahead of time. Although there is a limited menu, many customers agree that it’s still hard to decide which dish to select. There are vegetarian style dishes on the menu and alcohol is available for purchase. 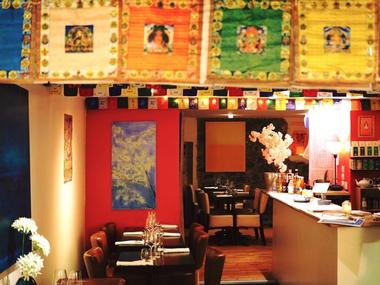 Zakhang is a unique restaurant that blends contemporary European style dishes with Asian flair and inspiration. The menu is well rounded with meat dishes as well as vegan, vegetarian and gluten-free dishes. The restaurant’s interior design is warm and inviting and the indoor seating is quaint and intimate. Zakhang’s owner is also the restaurant's cook and on some nights, he also waits on the tables. Each dish is prepared with extreme precision and unmatched attention to detail. It’s possible to make reservations ahead of time and the restaurant accepts many forms of credit cards. Diners also have access to a full bar, along with wine and beer options. 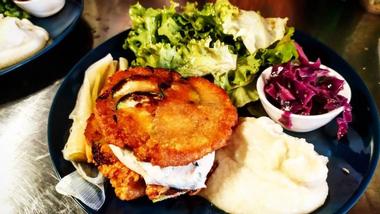 Au Clair de Lune is a small French restaurant that focuses on fresh, local, and organic ingredients to create appetizing and flavorful dishes. When making reservations in advance, it’s possible to request special accommodations for vegan, gluten-free, and lactose-free dishes. Also, the desserts are very well admired and often are made in gluten-free or vegan varieties. The desserts can also be ordered and carried out to go. There’s lots of outdoor seating in a garden like setting under the shade of trees. Seating is also available inside, although there are much fewer tables compared to outside. 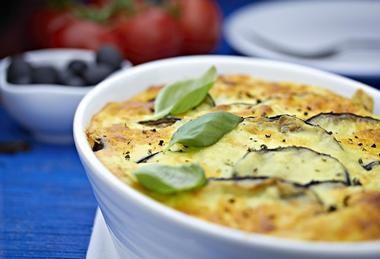 Restaurant Tchoutchoura is a Bulgarian restaurant with cuisine that’s influenced by traditional Balkan flavors. The colors and flavors of each meal are similar to Eastern European style dishes, like those served in Greece, Turkey, and Yugoslavia. Many ingredients used at Restaurant Tchoutchoura are common ingredients found throughout the Mediterranean like tomatoes, eggplant, feta cheese, yogurt and pepper. The restaurant has been part of the Grenoble community for more than 20 years. And yet the warm and inviting hospitality still remains at their core. Besides delicious meat, fish and vegetarian dishes, one of the most loved desserts is their hand made baklava puff pastry. 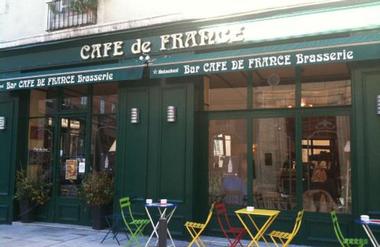 Café de France is located on Rue Bayard, which has many boutique shops with original antiques for sale. After a day of shopping and finding local treasures, many tourists and natives make their way to Café de France for a fresh cup of coffee and a bite to eat. The decor and ambiance is charming with its many local works of art purchased by neighboring merchants. Seating is available both inside and outside for the enjoyment of a meal wherever guests prefer. Due to its central location, the cafe can get crowded during lunch and dinner hours. Reservations are welcomed and accepted. 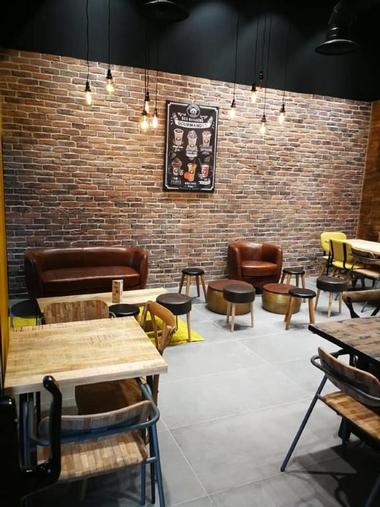 Columbus Café & Co has many coffee shops spread all around France, but each location, including the one in Grenoble, maintains a unique sense of individuality. The goal of the cafe is to offer every single customer a unique coffee experience. To make the coffee drinks, the cafe sources its beans from around the globe to give customers a robust variety. Columbus Cafe has an extensive menu of hot and cold coffees, teas, muffins, bagels, cinnamon rolls, and many other kinds of pastries. The menu also includes freshly made lunch items such as salads, sandwiches, and buddha bowls prepared daily by the cafe baristas.

You are reading "What to Do in Grenoble, France this Weekend" Back to Top 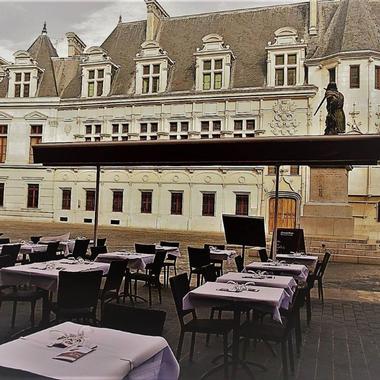 Café de la Table Ronde is a classic French restaurant that specializes in traditional Savoyard cuisine. It’s situated in a town square and is the oldest cafe in Grenoble and the second oldest cafe in France. The cafe opened for business in 1739 under the name Cafe Caudet. Then in 1797 the name changed to Cafe of the Round Table. For four centuries, the cafe has attracted artists, musicians, locals, and visitors for conversation, a good meal, and one of the best cups of coffee in the city. Some of the famous dishes include steak tartar, andouillette, Savoyard sausages and Berthoud, a savory cheese dish.

17 Best Things to Do in Grenoble, France

19 Best Things to Do in Jerez De La Frontera, Spain

25 Best Things to Do in Dusseldorf, Germany