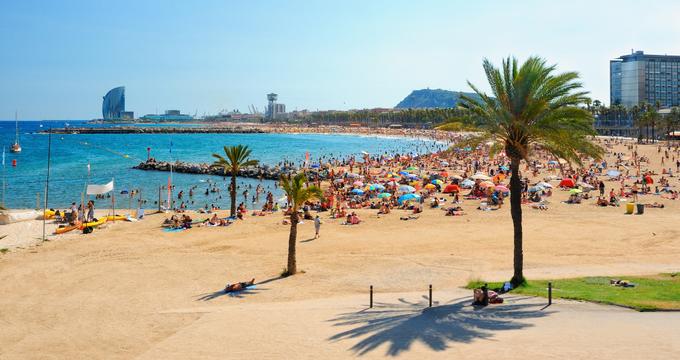 Barcelona was originally founded on the Mediterranean Sea as part of the Roman Empire and is a major center of European cultural heritage, showcasing several UNESCO World Heritage Sites and facilities connected to the 1992 Summer Olympic Games. As one of the world’s most famous tourist cities, Barcelona is home to expansive stretches of Mediterranean Sea coastline, offering pristine visitor beaches known for their world-class sporting facilities, family-friendly attractions, and beautiful views of the city’s coastline. 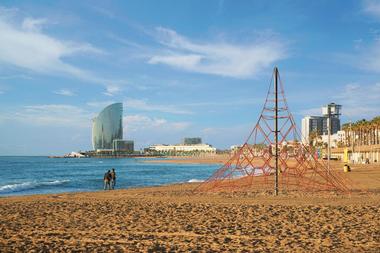 Barceloneta Beach is located within Barcelona’s famous La Barceloneta fishing quarter neighborhood, which was constructed in the 18th century to relocate citizens from the nearby Ribera neighborhood. The sandy beach served as the inspiration for a famous scene in Miguel de Cervantes’ iconic novel Don Quixote and is one of the city’s oldest and most-loved beaches. Attractions on the beach include several sculptures by notable artists, including Frank Gehry’s Peix d’Or and Rebecca Horn’s Homentage a la Barceloneta. Lifeguards and local police are staffed at the beach, which also features beach volleyball, tennis, table tennis, and gymnastics courts and a children’s game area. Accessible beach facilities are offered for visitors with mobility concerns, including amphibian wheelchairs and a volunteer assistance service for water entry. A number of trendy restaurants and nightclubs along the beach’s boardwalk are also noted for their upscale tapas service. 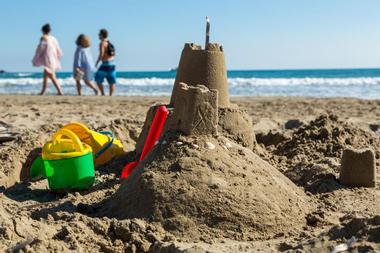 Bogatell Beach is located between Mar Bella and Nova Icària Beaches and was created in the wake of the urban planning related to the 1992 Barcelona Olympic Games, which developed the city’s seafront as an accessible region full of gardens and green spaces. The beach is one of the city’s most popular swimming beaches among its year-round population, offering a chance to experience the true local charm of Barcelona away from tourist crowds. Spectacular views of the city’s shoreline are offered from the beach, which is the site of landmarks such as the W Hotel. Beach volleyball, basketball, football, and exercise areas are offered, along with a children’s playground, public showers, and bicycle parking areas. Nearby, the up-and-coming neighborhood of Poblenou offers a variety of craft beer breweries, art studios, and hip restaurants. 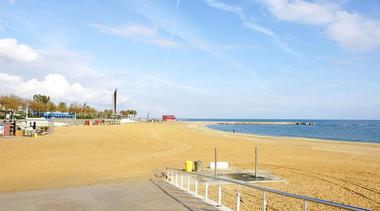 Nova Icària Beach is one of the city’s calmest beaches, making a popular spot for regional and international tourists. The 400-meter beach is located along the center of the city’s coastline and is one of the region’s most family-friendly beaches, offering a variety of visitors activities, including a children’s playground, sports zone, ice cream kiosks, and opportunities for dinghy sailing, kayaking, and windsurfing. Lifeguards are staffed at the beach, and accessibility services such as amphibious wheelchairs, handicap-accessible showers, and water mobility assistance are provided. The beach is located next to the city’s Port Olimpic and a number of upscale and casual restaurants and bars offering beachside service. 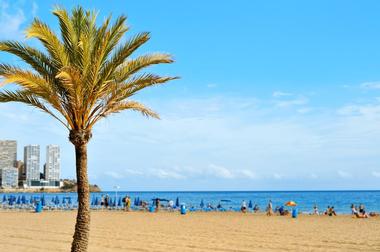 Llevant Beach’s name translates as “east” in Catalan, signifying its location as the city’s easternmost beach. It was opened to the public in 2006 in a converted factory district after the removal of the Prim Pier and is located near Mar Bella Beach, offering a less crowded shoreline than some of the city’s hottest tourist beaches. Though the beach has less visitor services than other nearby beaches due to its recent opening, services such as a children’s rope climbing frame and a waterfront beach bar, Chiringuito Nueva Ola, make it a perfect spot for families and couples alike. The beach is staffed by lifeguards and local police at all times and also offers facilities for sports such as beach volleyball. 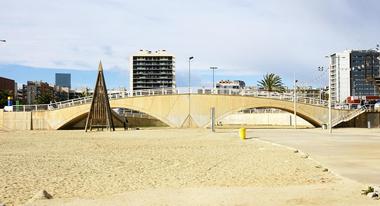 
Mar Bella Beach is a popular spot for young crowds and LGBT visitors, attracting a trendy crowd including athletes and students from nearby universities. Though the beach has a lax dress code, it is known as a popular nude beach spot, one of the few naturist beaches in the city. The beach is home to the Complex Esportiu Municipal Mar Bella, which offers a competition-certified running track, and the VanasDive diving center, which hosts beginner and certified-track scuba diving lessons. Other sports facilities on the beach include beach volleyball and table tennis courts, a basketball hoop, and a skating rink, and launch facilities for kayaks, sailboats, and catamarans are also provided. 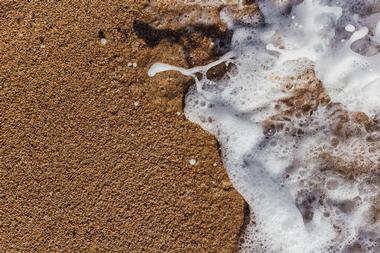 
Ocata Beach is located in El Masnou’s Costa del Maresme in northern Barcelona and is one of the city’s largest beaches, extending for wide stretches past the Port Masnou marina. The beach is accessible via Barcelona’s Sants Station and Arc de Triumph train stations and is home to several annual volleyball and rugby tournaments. Its 1.25-meter pristine white sand beachfront offers a comparatively secluded spot away from the majority of the city’s tourists, featuring an urban boardwalk, footbridges, and several chiringuito beach bars. The beach is staffed by the Red Cross and offers accessibility and security services. Umbrella rental is also provided for beachfront loungers looking for sunbathing opportunities. 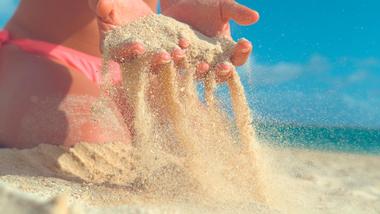 Sant Miquel Beach is located between Sant Sebastià and Barceloneta Beaches near the Plaça del Mar and is one of the city’s busiest coastalfront beaches. It is also among the city’s oldest beaches, deriving its name from the 1755 Sant Miquel del Port church, which was dedicated to the neighborhood’s patron saint. The popular tourist beach is located close to the city center and is a popular nudist beach spot, attracting patrons from the nearby Sant Sebastià Beach. Lifeguard services are provided year-round, along with umbrella and lounger rentals, ice cream kiosks, bicycle parking facilities, and a number of beachfront restaurants. Accessbility services include handicap-accessible showers and restrooms. 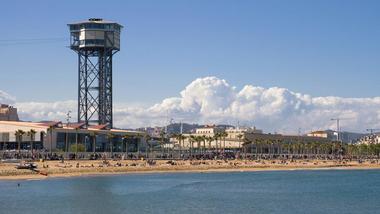 Sant Sebastià is one of the city’s oldest traditional beaches, along with nearby Barceloneta Beach. The beach is Barcelona’s longest, spanning more than 1,100 meters throughout the Ciutat Vella district. It was popularly used by the city’s elite throughout the 19th century and was the city’s first gender-integrated beach, featuring the city’s earliest bathing amenity facilities. The beach is a popular nude beach spot and offers a number of sporting facilities, including the Club Natació Atlètic-Barceloneta, which is home to indoor and outdoor swimming pools, volleyball and table and beach tennis facilities, and a solarium. Since the addition of the new W Hotel, a number of upscale and casual restaurants have also popped up in the beach’s shoreline area, with many serving contemporary tapas. 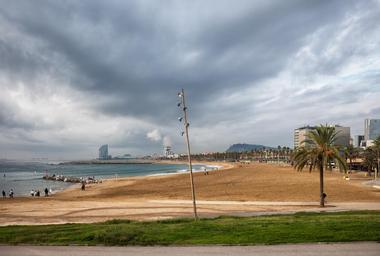 Somorrostro Beach was recently separated from nearby Barceloneta Beach and renamed in honor of the Somorrostro shanty town, which housed a population of up to 15,000 people until its removal in the mid-20th century by Spanish dictator Franco. The historic beachfront neighborhood is noted as the site of the birth of Carmen Amaya, the world’s most famous flamenco dancer, and the filming site of the Academy Award-nominated documentary film Los Tarantos. The 522-meter beach is located near the Olympic Marina and offers a variety of sporting services, including the Complex Esportiu Municipal Marítim, Catalonia’s first thalassotherapy center. Educational exhibits and visitor information are presented at the Centre de la Platja, which also offers community activities related to the Barcelona coastline’s culture and environmental sustainability.