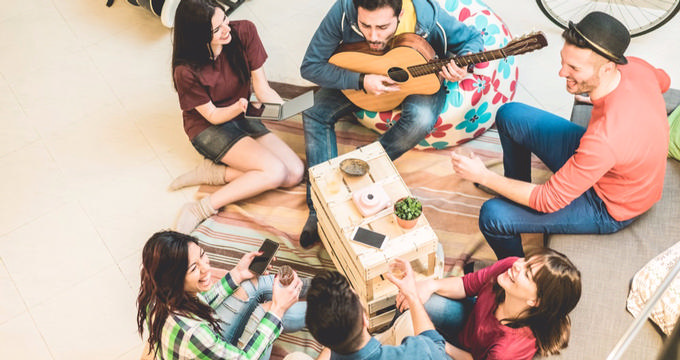 A city with history dating all the way back to the 1200s, Berlin is one of the biggest and most significant cities in Europe. It's the capital city of Germany and is located on the banks of the River Spree in the northeastern part of the country. A major cultural, economic, touristic, and industrial hub for Germany and Europe in general, Berlin is home to around 3.7 million people, making it the biggest city in Germany by population and one of the most populated cities in Europe too.

Berlin has so many stories to tell, having played a key part in the establishment of several kingdoms and empires over the years like the Kingdom of Prussia and the German Empire. The city was famously divided in two after World War II, with the world-famous Berlin Wall being erected in the early 1960s until it was finally broken down in 1989 to reunite the city.

Many people visit Berlin each year, and one of the top reasons people come to this city is to visit its many historical locations and monuments like Brandenburg Gate, the Reichstag Building, the Memorial of the Murdered Jews of Europe, the East Side Gallery, the Berlin Wall Memorial, Checkpoint Charlie, the Potsdamer Platz, and more. Along with its many historical sites, Berlin is also home to lots of bars, restaurants, clubs, sporting venues, live entertainment venues, parks, shops, museums, and more, being perfectly suited to all kinds of visits.

If you're heading to Berlin, it makes a lot of sense to stay in one of the city's many hostels. Hostels are a big part of European travel, with dozens of them in major cities like Berlin. These hostels offer low cost accommodation in nice surroundings, with comfortable beds, clean rooms, and amenities too like free Wi-Fi, communal kitchens, lounges, bars, and more. Read on to learn a little more about a few of the best hostels in Berlin.

Conveniently located in the Mitte neighborhood, which is right in the center of Berlin, this highly rated hostel is mere minutes away from some of the city's most popular landmarks like the Brandenburg Gate, Museum Island, and Alexanderplatz. You'll find lots of good stores and restaurants nearby too, so the location of the ONE80° Hostel Berlin is simply perfect.

In addition, the interior design and layout of this hostel is truly exquisite. All rooms have been beautifully decorated and furnished to a very high standard, making this location look more like a classy, industrial-chic hotel than a hostel. You'll find both private rooms and dorms with shared bathrooms in this hostel, which also offers free Wi-Fi access, several dining areas, a club, and a nice outdoor chill-out area.

Situated up in the Pankow area, which is a relatively calm and quiet, residential district of Berlin, the EastSeven Hostel Berlin is one of the top rated hostels in the city and has received a lot of 5-star reviews from past guests for its clean rooms, welcoming vibe, and useful facilities.

You'll find free Wi-Fi all around this hostel, which is only a short trip away from some big landmarks and locations like the Natural History Museum, Alexanderplatz, and Brandenburg Gate. You'll also find a communal kitchen, a cozy lounge, and a garden.

Situated in the Mitte district in Central Berlin, the Wombat's City Hostel Berlin is mere minutes away from Alexanderplatz by foot, and conveniently located for public transport too, so you can get all around Berlin and visit any place in the city very easily from this particular hostel.

The hostel itself is nicely decorated with plenty of bright colors and sleek, industrial furnishings, and it has received a lot of positive reviews from past guests, scoring high marks for cleanliness and comfort. You'll find a bar, free breakfasts, a rooftop terrace, and reliable internet access at this Berlin hostel.

If you're looking for a Berlin hostel with a real sense of style and a little extra touch of class compared to the other options in the local area, the Singer109 Hostel Berlin is the one for you. It's slightly more expensive than some of the other Berlin hostels, but still offers amazing value for money.

Housed in a gorgeous old building with a spacious central courtyard area, this Berlin hostel offers nicely decorated rooms with plenty of bold color schemes and good quality furnishings to really make the place feel like a home away from home. You'll find multiple communal seating areas, an atrium, speedy Wi-FI access, communal kitchens, and laundry machines in this hostel.