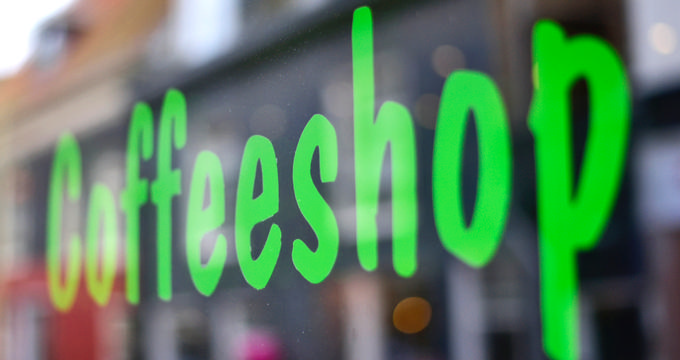 In Amsterdam, the word “coffeeshop” has come to be known as an alcohol-free establishment where people can go to buy and consume cannabis, also called marijuana or weed. These coffeeshop are legally allowed to sell cannabis to people over eighteen years of age in small quantities, making them particularly popular with tourists from outside the country. There are now a large number of coffeeshops located throughout Amsterdam catering to first timers and experienced smokers alike. 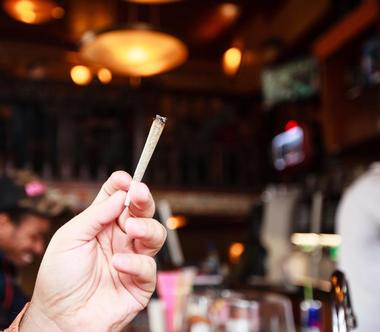 The Green House coffee shops in the city of Amsterdam and generally very chill, relaxing, and open. Green House Coffeeshop has four different locations throughout the city, each with its own vibe and theme. The Haarlemmerstraat location is situated on a picturesque street lined with restaurants, other coffee shops, and nice shops. This Green House boasts an open, large shopfront with plenty of space to lounge, eat, and smoke. There is also the Green House Kitchen located right next door with seasonal, healthy food and a sunny interior. The staff at Green House are known for being knowledgeable and friendly. 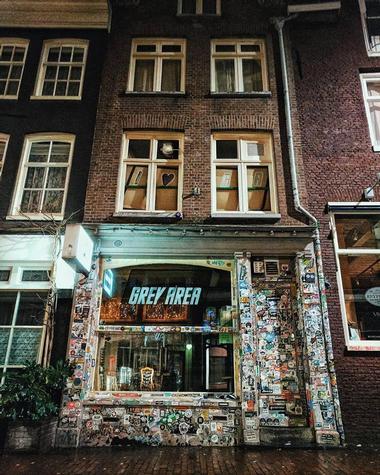 Grey Area in Amsterdam is considered across the world to be one of the city’s best coffee shops. The coffee shop has maintained its reputation of good service and quality for more than twenty-five years and the original home of Grey Mint Crystal, Grey Scout Cookies, Greybone, Evergrey, Grey Haze, Silver Bubble, and several other strains. The Grey Area coffee shop is a specialty weed shop that is held in high esteem by many connoisseurs of Cannabis. The proprietors of the shop offer customized deals and personal service. Guests can enjoy the living room atmosphere and variety of tunes. 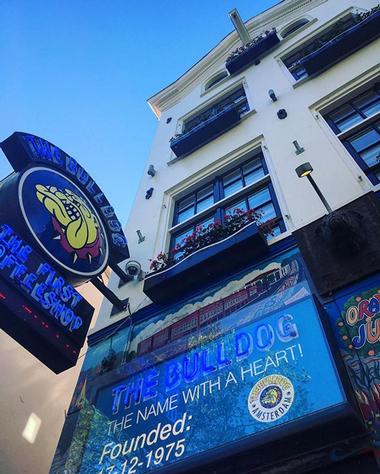 The Bulldog is a coffeeshop in Amsterdam that first began in the year 1974 in the heart of the city’s Red Light District. The owner, Henk de Vries, wanted to create a place where everyone would be welcome, a place where everyone could enjoy the chance to just be themselves. The name “The Bulldog” was inspired by a bulldog by the name of Joris, Vries’ dog at the time. The logo of the coffee shop is a drawing of the dog’s head. The Bulldog has since expanded exponentially. The brand now includes coffeeshops, cafes, souvenir shops, hotels, and product lines. 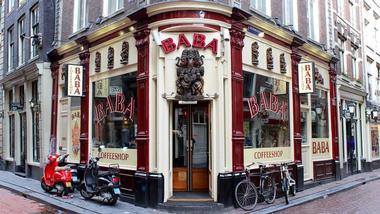 The BABA Coffeeshop is the typical Amsterdam coffee shop in the Red Light District. It sits prominently on a corner in the Warmoesstraat area of the city, a busy haven for tourists. The Eastern-themed coffee shop is often filled with tourists from several different countries. The atmosphere in BABA is lively, playing loud music that often seems to clash with the Hindu imagery prominently featured in the decor. There are couches near the back, offering a space to relax, along with stools and high tables near the front of the shop. Wide windows offer a great opportunity for people watching.


Barney’s Coffeeshop has been the winner several of the “High Times Cup” awards, and is perhaps the most futuristic and original coffeeshop in the city of Amsterdam. The coffeeshop had its beginnings more than twenty years ago in Haarlemmerstraat in a landmark building five hundred years old. Barney’s knowledgeable and friendly service has made it a popular and well-known coffeeshop in Amsterdam with both locals and visitors alike over the year. The very conveniently located with just a short walking distance from the city’s Central Station. Barney’s Coffeeshop opens fairly early in the morning at 7:00am. 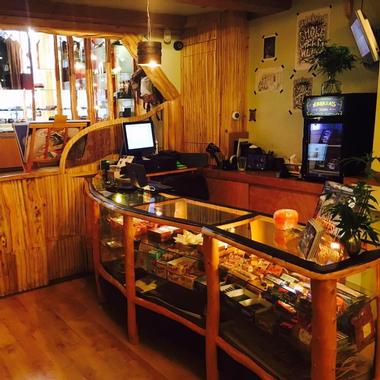 
The name of the Abraxas coffee shop was derived originally from a classic story for children by Otfried Preussler called The Little Witch, written back in 1961. In the story, the little witch and Abraxas, her loyal raven companion who can talk, share laughter and adventure throughout the tale. The vision for the coffeeshop was to offer a beautiful and peaceful place in which people could relax, laugh, talk, and feel safe, just like Abraxas and the little witch in the story. Abraxas has become a well-known hotspot for a stunning interior, friendly service and high quality products. 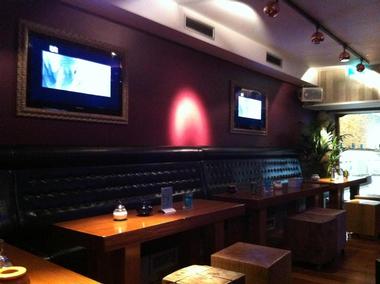 Smoke Palace is one of the city of Amsterdam’s oldest coffeeshops. Formerly known as New York, the shop was established in 1990 in Amsterdam East in the Dapperbuurt. The coffeeshop has become a bit of a household name in the neighborhood with its rather large group of regulars in the cozy shop. The atmosphere can be described as relaxed, warm, and open at the Smoke Palace, offering a relaxing place for a joint, a cup of coffee, and a chat. The benches in the lounge boasts a luxurious look and comfortable seats. There is an extensive offering for all smokers. 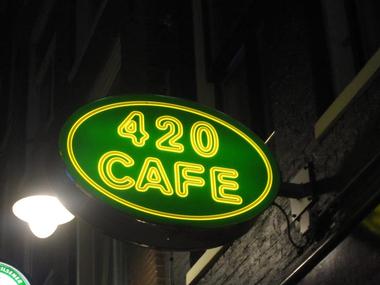 The 420 Cafe features a wooden, dark interior that makes it looks like one of the famous brown cafes of Amsterdam, rather than one of the city’s typical coffee shops. After the Dutch Coffeeshop Law was passed, the 420 Cafe is no longer able to offer alcohol, however, the coffeeshop still serves a selection of teas, coffees, and juices for guests to enjoy along with their Cannabis. The 420 Cafe coffeeshop is situated on Oudebrugsteeg, which is a narrow street off of the city’s busy Damrak, leading between Dam Square and the Amsterdam Central Station. 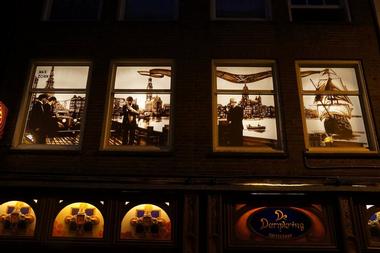 Dampkring, located in the city of Amsterdam, is one of the most famous coffeeshops in the world, partially because of the film ‘Oceans 12,’ during which the cast and crew of the movie spent some time in the coffeeshop during filming in the city. The coffeeshop is great for both longtime cannabis professionals and those trying it for the first time, local residents and tourists alike, the Dampkring coffeeshop aims to make everyone feel welcome. Some of what makes Dampkring so popular is its beautiful interior and spacious atmosphere, along with good weed and good drinks offered at standard prices.