6 Best Things to Do in Murray, UT 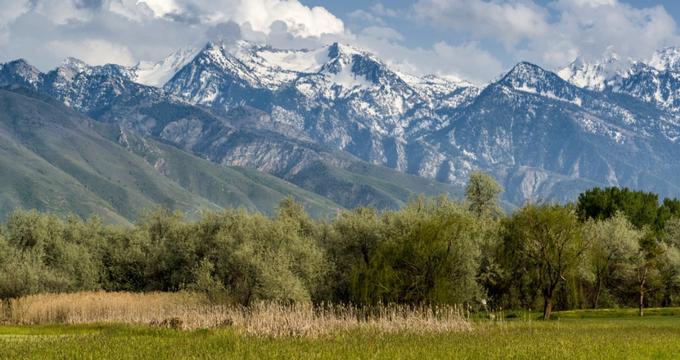 Murray is a city in Utah, on the Wasatch Front in the heart of Salt Lake Valley. Murray City Park is a large urban park popular for organized sports and its wooded areas. Murray City Arboretum, with trees and plants from all over the world, is part of the park. Wheeler Historic Farm is a restoration of Henry J. Wheeler's turn-of-the-20th-century dairy farm, showcasing the history of Utah family agriculture and rural lifestyle. Desert Star Theater is a dinner theater with a long and colorful history, starting as Gem, a small theater that showed silent movies. Red Rock Brewing is a craft brewery established in 1994 with a nation-wide reputation as one of the most creative breweries in the States. 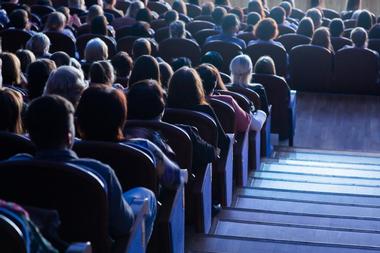 Desert Star Theater is a dinner theater in Murray, Utah with a long and colorful history. It started out as Gem, a small theater that showed silent movies accompanied by a piano. It was eventually closed down and demolished, but later rebuilt and expanded and named the Iris Theater. The Iris was considered state-of-the-art for its time. It used to show both blockbusters and more obscure movies and some Thursday nights were reserved for Swedish films, shown for Swedish immigrants living in Murray. The theater had a stage where various local groups could show theatrical productions. Murray firemen sometimes held conventions there. Iris Theater, Apartments and Commercial Building was built in 1930 and is the only commercial building in Murray built in the Art Deco style. The theater became Desert Star when Mike and Alyce Todd purchased it and renamed it the Desert Star Playhouse. After meticulous renovation, the playhouse today features Dinner and Cabaret theaters, and performing two shows in different theaters. Desert Star is known for parody plays, with comedic spoofs of classic movies and stories.

2.Get Some Guns and Ammo Get Some Guns and Ammo is a fully stocked gun store and gun range in Murray Utah. It started in 2003 as a tiny, hole-in-the-wall storefront and has since grown into three locations. Besides the largest one in Murray, they have stores and gun ranges in Layton and Orem. There is also an online store with 55,000 items, making it the largest online firearms and accessories mall in the country. Their rage in Murray accommodates calibers up to .50 BMG and exceeds EPA and OSHA guidelines for ventilation. The store has more than 75 pistols, rifles, and shotguns for rent, as well as machine guns such as a belt-fed M60 .308. In addition to firearms and firearm accessories, the stock includes archery supplies and hunting gear. Located within the Murray Park in Murray, Utah, Murray City Arboretum is a living laboratory of trees and plants from all over the world where new species and varieties of trees are tested for their adaptability to Murray's climate and soil. It is also a rich resource for homeowners and landscape designers and architects, who can use tested plants to diversify the species of the Murray home gardens and urban forest. But, more than anything, the arboretum is an extraordinarily beautiful space to spend some time and enjoy lush greenery and richness of plant diversity. The arboretum is uniquely beautiful and interesting in all seasons. It includes species gardens such as a cacti garden, water ponds, hybrid iris bed, shrubbery beds, seasonal flower beds and varieties of trees with unusual foliage or flowers. Located in Fashion Place shopping center in Murray, Utah, Sur La Table is a culinary paradise with more than 12,500 items all aiming at making cooking more efficient, more fun and more attractive. You can find everything for your kitchen or restaurant, from essentials to hard-to-find specialty tools. There are all sorts of Springerle molds, timeless copper cookware, table linens of all colors and textures, egg cups, whisks, mixers, blenders and spatulas, bakers' necessities such as pastry tips and brushes, giant paella pans, graters, zesters and mashers, knives large, small and in-between, tea sets for your favorite granny or for a teddy bear picnic. Sur La Table occasionally offers cooking classes, so check their facebook page. 
Located in Murray, Utah, on the south side of Fashion Place mall just north of Dillard’s, near the food court, Red Rock Brewing is a craft brewery established in 1994 with the goal of producing high-quality craft beers and serving delicious food. Brewery has earned a nation-wide reputation as one of the most creative breweries in the States. Their beers have earned over 100 regional and national awards. The brewery restaurant has been named ‘Brew Pub of the Year’ by Brewpub Magazine and ‘Large Brewpub of the Year’ by the Great American Beer Festival. Locally, the brewpub has become a favorite gathering spot, the place to meet friends for a new beer tasting and a bite to eat. 
Located in Oakwood Village Shopping Center in Murray, Utah, Celeste is an elegant, upscale Italian restaurant offering authentic Tuscan cuisine, prepared by the renowned owner/chef Paolo Celeste. Tuscan dishes are rustic but incredibly rich in flavors and chef Celeste learned to prepare them from his Italian grandma. The bright, spacious dining room is beautiful in its simplicity, with rounded archways, colored floors, white tablecloths and splashes of color from the original artwork on the walls. The menu at Celeste is organized just as it would be if you were eating in Italy, starting with soups and salads, followed by antipasti, then secondi - pastas and the meat course, with desserts and coffee at the end. Chef Celeste makes fresh bread and pasta fresh every day. Celeste is open only for dinner.

6 Best Things to Do in Murray, UT

6 Best Things to Do in West Jordan, UT

6 Best Things to Do in Layton, UT