Things to Do in Nashville: Tennessee State Museum 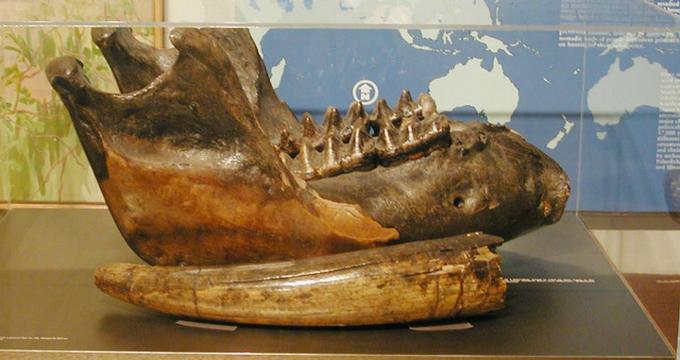 Located in Nashville, TN, the Tennessee State Museum showcases the state history of Tennessee from pre-colonial indigenous cultures to the 20th century. Its focus on 19th-century events makes it one of the premiere American resources for Civil War memorabilia, with notable holdings of uniforms, weapons, and battle flags.

Inspiration for the museum can be traced back to 1817, when portrait artist Ralph E. W. Earl presented a collection of city memorabilia in Nashville’s public square, although an official museum was not commissioned for another century. After World War I, the Tennessee General Assembly authorized the creation of a state museum to house war memorabilia and other existing state collections. The Tennessee State Museum opened in 1937, originally housed in the city’s War Memorial Building. Since 1981, it has occupied three floors of the James K. Polk building. The Douglas Henry State Museum Commission, a citizens’ interest group, oversees all museum operations.

In August 2013, the State Building Commission approved plans for the construction of a new building for the museum, although no official location or opening date has been set.

The museum’s 60,000 feet of exhibition space houses six permanent exhibits as well as a number of rotating special exhibits.

The First Tennesseans exhibit pays homage to the area’s indigenous cultures, with artifacts dating back as far as 15,000 years. Focus is given to items from the Paleolithic, Archaic, Woodland, and Mississippian periods as well as to the history of modern Native American tribes of the region such as the Cherokee and Chickasaw. Of note is a 10,000-year-old fossil display of a mastodon native to the area as well as a shaman’s steatite medicine tube, a ceremonial Dover flint blade, and the Thruston and Hutcherson pictographs, which are among the most important prehistoric religious art holdings found in the state.

The Frontier exhibit brings Tennessee’s colonial era to life with artifacts from early Spanish, French, and English settlers. Reproductions of a frontier cabin, a grist mill, and a woodworking shop immerse visitors in the culture of early settlers’ daily lives, while an original dugout canoe and Conestoga wagon showcase the era’s transportation. Artifacts from notable early settlers include a musket owned by Daniel Boone and a desk owned by William Patton, believed to be the finest known piece of early preserved Tennessee furniture.

Age of Jackson celebrates the life and career of the Nashville resident and seventh American president. A life-sized portrait of Jackson that was featured in the original 1817 public square museum is still displayed in this exhibit today. Other items in the collection include personal possessions such as Jackson’s 1829 inaugural hat and a reconstruction of a middle-class farmer’s cabin typical of the era of Jackson’s presidency.

The Antebellum exhibit depicts the growing industry of pre-Civil-War era Tennessee, with a full-scale model recreation of the business facades of a Clarksville street. Visitors can wander through an 1850s parlor model and see displays of Tennessee-produced artisan goods such as silver, firearms, and quilts. The inequality of the era’s prosperity is highlighted with an exhibit on African American slaves, who comprised more than a fourth of the state’s population at the time.

The Civil War and Reconstruction depicts the divided nature of Tennesseans’ attitudes toward the Civil War, as many East Tennesseans continued to support the Union even after the state’s decision to secede in 1861. Preserved uniforms from both Union and Confederate soldiers from the region are on display, along with a collection of artillery shells, a cast-iron Confederate cannon, and the original flag from the Confederate ship C.S.S. Alabama.

Tennessee’s post-Civil War reconstruction and continuing legacy is documented in The New South, with exhibits highlighting the social and economic progress of the turn of the century. Artifacts from the women’s suffrage movement are on display, including three preserved Tennessee Equal Suffrage Association banners and an 1898 quilt made by the Chattanooga Chapter of the Women’s Temperance Union. Artifacts preserved from the Tennessee Centennial Exposition of 1897 include a chair made by famed New Yorkers R. H. Macy and Company, and the Decker Pottery Collection holds what is perhaps the largest existing collection of Tennessee pottery from the late 19th and early 20th centuries.

In addition to the main museum at the Polk Building, a museum extension, the Military Branch Museum, is still housed at the original War Memorial Building location, with exhibits highlighting America’s involvement in the international conflicts of the 20th century.

The museum shares its James K. Polk Building with the Tennessee Performing Arts Center, which has fostered a collaborative partnership between the two organizations. In 2016, a tour stop of the Broadway hit Motown the Musical was presented at the TPAC, which inspired the multimedia collaboration I Have A Voice, incorporating elements of the museum’s permanent display on the Fisk Jubilee Singers. Digital archives of the special exhibit can be found on the museum’s website.

More Things to do in Nashville TN

Things to Do in Chattanooga, TN: Easy Bistro & Bar

Things to Do in Chattanooga, TN: Flying Squirrel Bar

Things to Do in Nashville, TN: Andrew Jackson's Hermitage