Things to Do in Memphis, TN: Memphis Zoo 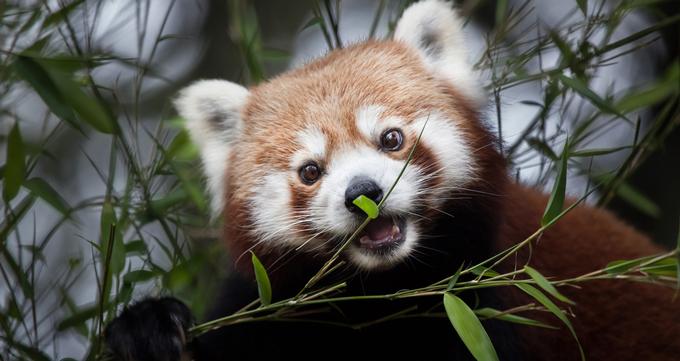 The Memphis Zoo in Memphis, Tennessee is a world leader in conservation with more than 3,500 animals that call the zoo home and several programs that seek to protect endangered reptiles and mammals.

The Memphis Zoo began in 1904 when Colonel Robert Galloway pressed for the funding to build a home for the mascot of the Memphis Turtles baseball team, a black bear named Natch. The bear, at the time, was kept chained to a tree in Overton Park. The Memphis Park Commission finally allocated the establishment of the Memphis Zoo in 1906 to house the bear and several other wild animals that had joined him in the park that Galloway had been using personal funds to care for.

The Memphis Zoo Association was incorporated in 1910 as the Memphis Zoological Association after spending several years raising the funds to build cages, bear dens, the Carnivora Building and the elephant house that is now used as the education complex.

By 1986 the Memphis Zoological Society had plans underway to upgrade the 70-acre facility to become a world class zoo. Exhibits such as CHINA, Primate Canyon and Dragon’s Lair, among others were part of a master plan created by Design Consortium of New Orleans.

Today, the Memphis Zoo welcomes over 90,000 children for educational fieldtrips and an additional 100,000 visitors that qualify for free admission through cooperative programs. The Zoo is currently the most popular attraction in Memphis, Tennessee and ranked the top zoo in the country by two separate independent surveys. There are many educational programs that happen at the zoo including animal encounters, feedings, special shows, camps, and classes, as well as junior zoo keeper programs. More information can be found on the Memphis Zoo website.

There are 18 total exhibits at the Memphis Zoo with more than 3,500 animals that call the zoo its home. The zoo exhibits are open year-round, but seasonal hours vary. Admission and group rates are listed on the Memphis Zoo website.

Cat Country- African Lions, cheetahs, cougars, tigers, and red pandas are featured in Cat Country. Lions have been a part of Memphis Zoo since 1906 when one was acquired from a traveling circus. The Memphis State University tiger mascot also lived at the zoo from 1973-1992.

Penguin Rock- The African Black Footed Penguin is a warm weather penguin and 27 of them live at Memphis Zoo with the oldest being Mundo who was born in 1987. All the penguins born in the zoo are hand raised by the zoo keepers.

Primate Canyon- Home of some of the strongest animals in the world including Lowland Gorillas, orangutans, Siamangs, Colobus Monkeys, Bonobos, and Baboons.

Tropical Bird House- One of the most colorful exhibits, the tropical bird house is home to winged creatures from all over the tropical regions of the world including the amazon. Some of the birds that visitors can get up close and personal with in the tropical oasis are the Jambu Fruit Dove, Purple Throated Fruit Crow, Bali Mynah, and Crested Coua.

Pelican Pool- 9 Pelicans, each with their own names can be seen in Pelican Pool where they’ve lived since 2003 in the former sea lion pool. Each bird consumes 4 lbs of fish a day.

African Veldt- This exhibit features some of the largest animals at Memphis zoo Elephants and Giraffes, along with zebras, ostriches and gazelles.

Once Upon a Farm- Perfect for kids who want to pet some of the animals at Memphis Zoo, One Upon a Farm allows visitors to have an interactive experience with animals typical found on a farm such as donkeys, ducks, prairie dogs, horses, chickens, sheep, hogs, and goats.

Northwest Passage- The National Bird—American Bald Eagles, Black Bears, Polar Bears, Sea Lions and Ravens among other animals can be seen in this exhibit that highlights some of the most powerful creatures of the Pacific Northwest.

Hippos- More than just Hippos, Nile Crocodiles, Okapi, flamingos and the yellow backed duiker also mingle with these gentle giants in the large hippo pool. The Zambezi River Hippo Camp opened in 2016 with the Nile Crocodiles being brand new to the Memphis zoo.

Teton Trek- This popular exhibit features Timber wolves, grizzly bears, elk and trumpeter swans. These animals are found throughout the northern hemisphere. There are currently 5 grizzlies residing in Teton Trek, but they are rotated for viewing between two family groups.

Animals of the Night-Nocturnal animals such as armadillos, loris’, bats, and spotted genets are found in this indoor exhibit.

China- The Star of this exhibit is the Giant Panda, but visitors can also see otters, gibbons, cranes, langurs, and pheasants.

Back to: Best Things to Do in Memphis, Tennessee

Things to Do in Memphis, Tennessee: Graceland

Where to Stay in Chattanooga - 7 Best Romantic Getaways