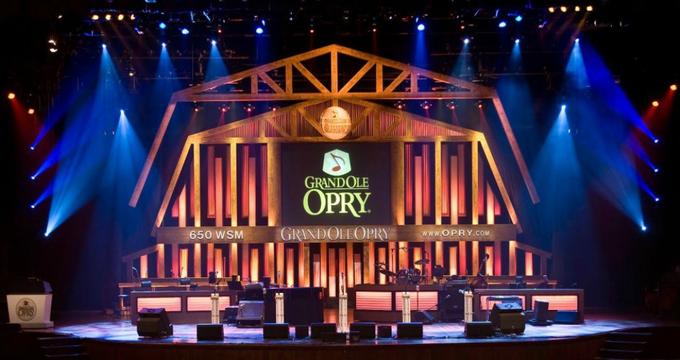 The lyrical and musical city of Nashville, Tennessee, is home to the live entertainment spectacle of the Grand Ole Opry House. The hall has hosted a mix of country music legends as well as current contemporary artists who follow in their footsteps. Known as the "home of American music," this world-famous attraction is a fantastic live music experience open to audiences of all ages.

Beginning in 1925 as a small radio broadcast, it has grown into a phenomenon dedicated to honoring both past and present country music. The Opry continues to broadcast country tunes to millions of listeners over SiriusXM satellite radio, a mobile app, Nashville's 650am WSM, and on opry.com. With hundreds of thousands of these listeners coming each year to be a part of the Grand Ole Opry experience, there is a strong music society in Nashville. This dynamic hall is a must-see attraction offering history, culture, and amazing musical performances.

With its history beginning as a live radio broadcast, it has grown into a world-renowned hub for country music. Since the first performer aired in 1925, the last 90 years have been a period of developing country music and making it famous. Starting in the Ryman Auditorium, performers such as Bill Monroe, Minnie Pearl, and Roy Acuff created a musical foundation for the Opry. The radio broadcast is the longest running radio program in the world and every American president has visited the Opry House. As it grew in popularity, the location of the auditorium was moved to the newly constructed Grand Ole Opry House. Since then, it has grown into the most famous stage in country music, as entertainment icons such as Dolly Parton, Bill Anderson, and Loretta Lynn have played on this stage. Featuring some of the most iconic entertainers in America, the Opry is an important cultural icon of the United States.

Currently, the magic of country music continues to shine at the auditorium through a variety of performers who are a part of the Opry family. This popular attraction has an assortment of stars who are either official members or guest artists, representing the different voices and styles found within country music. This diversity of the generations and the backgrounds of the performers is featured in every concert at the Opry. Some members of the Opry family include musical legends such as Dierks Bentley, Vince Gill, Martina McBride, Trace Adkins, Ricky Skaggs, Mel Tillis, and Carrie Underwood. Including some of the biggest names in country music, the hall is also filled with a diverse spectrum of musical styles of artists who have paved the way for country music and contemporary performers. The Grand Ole Opry House is committed to being a space to celebrate the rich history and modern influences on the art of country music.

For a behind the scenes view on the Grand Ole Opry House and a perspective of country superstars, visitors have the unique option of taking a backstage tour. Complete with a history of the Opry and a guided tour to learn about the secrets and stories that are held within the walls, visitors can see the hall in a different light. Guests have the luxury of choosing between three different time slots: The daytime, post-show, and VIP tours. During the daytime tour, guests will walk in the footsteps of different superstars to see the famous stage, a live television studio, and Studio A. The post-show tour is a chance to see the Grand Ole Opry show after the curtain closes, directly following the end of a concert. Guests walk through the 18 different dressing rooms in the Opry, each one styled after a different theme to tell the history of the hall. On the VIP tour, visitors experience an in-depth guided tour around the premises while getting to know the magic of the backstage at the Opry. Before showtime, guests will see how each concert comes together by exploring the Green Room and standing on the stage as the red curtain rises at the beginning of the show. As the first performance of the evening starts, members of the VIP tour can have the unique experience of watching the first song from the stage. Afterwards, guests are escorted to their seats to finish their night enjoying the concert. All of the tours offer a complete understanding of the Grand Ole Opry House through its most influential moments and its current function as the number-one attraction in Tennessee.

More Things to do in Nashville TN