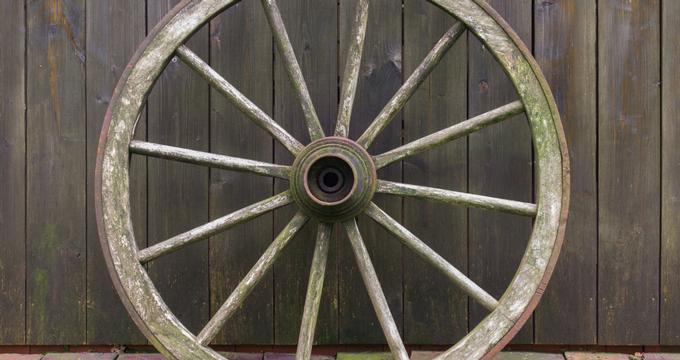 Ever heard of Ponderosa Ranch? Maybe a show called “Bonanza” would ring a few bells. If you remember, you probably wondered at some point in your life where the famous ranch is. To better understand the true location of this fictional place, you’ll need to know how it came about.


1.History of Bonanza and the Ponderosa Ranch Map 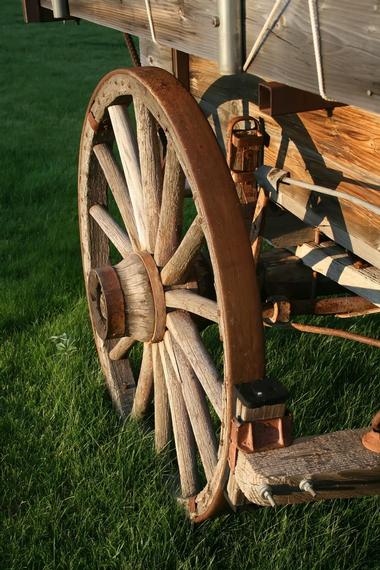 If you’ve watched the show Bonanza before, then you probably recognize what is known as one of the famous maps in the 20th century. People can’t look at it without humming to a familiar tune or just having bursts of nostalgia. Since September 1959, that famous map was used to depict the Ponderosa within Nevada and was an iconic part of the regular Sunday TV programming of millions of Americans until January 1973. People would see it in the show’s opening sequence coupled with Bonanza’s very catchy theme music.

Bonanza was actually the first western prime time show to be aired in color television. Although the show wasn’t received well at first and even risked being taken down because color shows were a lot more expensive to produce, Bonanza eventually started to catch the attention of viewers. Soon, it became one of the country’s highest rated TV shows. In fact, it was rated as the best TV show for three seasons straight! This also led to the popularization of color TV sets. Meanwhile, Bonanza went on for 14 seasons or 430 episodes in total, making it the second longest running TV show.

2.So what is Ponderosa 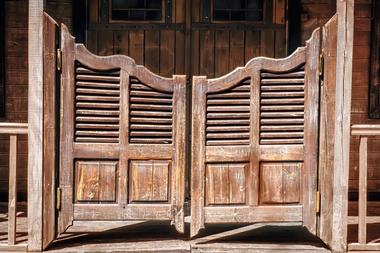 The show’s story took place in the 1860s just after the American Civil War. It focused on the dealings of the Cartwright family, the owners of a ranch on the shores of Lake Tahoe, Nevada, called Ponderosa. The ranch is a two-hour horse ride away from Virginia. The Cartwright family was led by Ben (Lorne Greene) who had three sons from three separate marriages, namely Adam (Pernell Roberts), Hoss (Dan Blocker), and Little Joe (Michael Landon). The shows’ popularity was thanks to its focus towards family values and contemporary social issues.

The iconic map of Ponderosa serves as more than just a prop in the show’s opening sequence. In fact, it was one of the forerunners in the long running tradition of using cartography as a tool for narrations, giving the audience the feeling of adventure and excitement.

3.Origins of the Map and Its Designer

Being an iconic part of the show, the map showing the location of Ponderosa became a point of interest in itself. The original map is permanently on display at a place called the Autry Center. The map was created by the late Robert Temple Ayres, a native of Lansing, Michigan whose career traced back to the days when he drew for The Golden Treasury Bible Stories. He eventually switched to a more secular angle in his career, becoming an illustrator for many Hollywood studios. He helps design the chariots of Ben Hur for MGM. He also had notable works for Warner Brothers and Paramount, along with other studios. Ayres worked with a lot of films throughout his life before ending up in Disney Studios where he had his last project before retiring.

The famous map, however, was made back when he worked for Paramount studios back in 1959. Ayres thought of using the actual geography of Nevada in order to create the location of the fictional Ponderosa ranch. One interesting fact about the map, however, is that it’s not oriented to true north as most maps are. Instead, the map depicting Ponderosa’s location was oriented to the east-northeast. When asked why Ayres made it so, he explained that it would look better on screen that way. 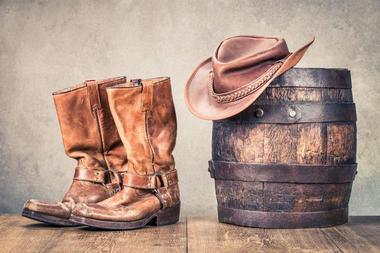 The original map is highlighted by a red edge that borders the east of Lake Tahoe’s shores. The ranch is really close to the highway from Reno to Virginia and almost touches Carson City and the Carson River. Also seen on the map is a stage coach moving towards Carson City, a miner mining for gold by the Truckee River, and a bunch of ponderosa pines which is meant to be where the ranch was named after.

The famous map was on display for more than a decade inside the home of Bonanza creator and producer David Dortort. After he passed away, Dortort’s family donated the map to the American West’s Autry National Center, located at Griffith Park, Los Angeles. It has since May 2011 been displayed there.

One time, the National Center invited Ayres to visit his work, which by then was fifty years since it was first created. When he did, he admitted that he had no idea where the map had gone and he couldn’t believe that he actually created something so huge. Since then, he made three visits to Autry, with the last one in 2012, which he did with his grand-nephew. That last visit was on February 23, 2012, just two days before he passed away in Cherry Valley, Los Angeles.

One interesting fact about the original map’s design is the fact that it is different from what actually appears in the opening credits of the show. The Bonanza crew also had to make a lot of replicas in order to film the part where the map burned up (after all, they wouldn’t burn the original).

5.How did Ponderosa Ranch Became Real 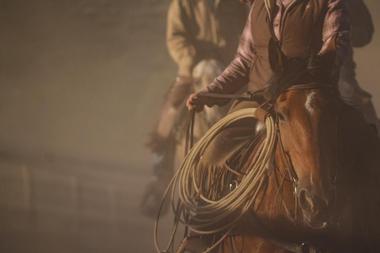 
Indeed, Ponderosa ranch is but one of the many fictional locations depicted on a map based on the real world. Ponderosa, however, belongs to a handful of cartographic fictions that came to life or way or another. In the same way that other locations such as Agloe’s Paper Town was made real, Ponderosa ranch was created out of business opportunity. A family living near Incline Village located the area where Ponderosa was supposedly located and created what is now known as the Ponderosa Theme Park in 1967.

Since then, people could go there to see sets from the Bonanza series, the famous ranch building, and even Virginia City. In fact, some of the episodes of the show were shot at the theme park. The park, however, was closed since 2004, outliving the Bonanza series by only a couple of years.


Where is the Ponderosa Ranch?