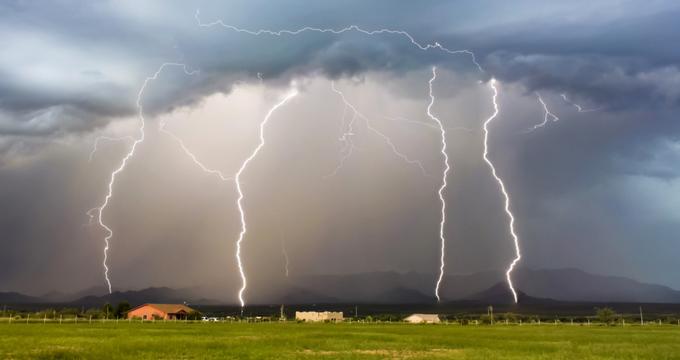 When monsoon or thunderstorm season comes, Arizona gets more bad weather than most states normally would. In some cases, really bad storms just abruptly happen in addition to the occasional strong winds with dust and heavy downpours that cause flash floods. 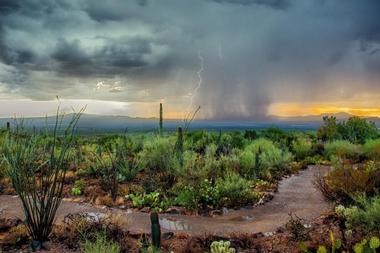 Before 2008, the monsoon season in Phoenix was said to have begun when the dew point average was 55 degrees or higher for three consecutive days. After 2008, however, the National Weather Service thought that such standard was more of guesswork and shouldn’t be followed anymore.

The National Weather Service then pegged the first day of the monsoon season on June 15 and its last day on September 30. This allowed people, locals and tourists alike, to focus more on planning and preparing for the season rather than debating on the technicalities of when the season will actually start and end. 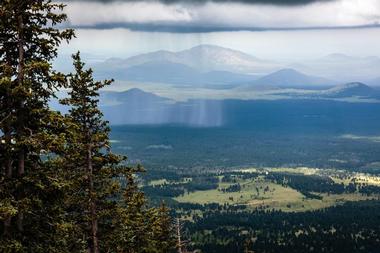 Meteorologists are the ones who dedicate much of their time tracking and reporting on dew points in order to figure out monsoon weather patterns and help the people in Arizona to understand the weather patterns especially during the summer months. All this data allows the National Weather Service as well as the Arizona State Climate Office perform its jobs better.

The average starting date for monsoons in Phoenix is July 7 which ends at September 13. Data, however, suggests that the official season starts and ends a bit later, which prompted locals to prepare for unexpected early as well as late monsoons.

Historically, the earliest recorded time for monsoon season to start was June 16 back in 1925. As for the latest, it was recorded to be July 25, 1987.

On average, dewpoint conditions that are needed for monsoon weather take place about 56 times. The greatest number of monsoons to ever happen in Arizona, however, was 99 days back in 1984. The lowest, on the other hand, was 27 days back in 1962. Meanwhile, it was in 1984 when Arizona had the most number of consecutive days of monsoon, lasting for 72 days starting June 25 and ending at September 4. During that year, they had the most number of consecutive days that had dewpoints of 60 degrees and above.

3.Rains and Hazards of the Monsoon Season 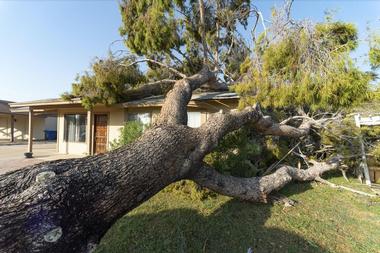 Rain may be a part of Arizona’s monsoon season, but having high dewpoints also bring about dust storms, strong winds, and even tornadoes. Rainfall in Phoenix typically reaches 2.65 inches during the summer, especially between July and September. The season was wettest back in 1984 with rainfall reaching up to 9.38 inches which caused so many floods. On the other hand, Arizona experienced its driest monsoon season back in 1924 with only .35 inches of rain. This was bad in itself, as the dryness of the season created a drought and made the area prone to wildfires.

Monsoon season has been known to bring about damage to the area it hits, thanks to the strong winds that can tear down trees and throw debris around. They can also destroy structures and take out power lines. If not designed specifically to withstand harsh weather conditions, many homes could potentially be destroyed in a monsoon storm.

This is why it’s very important that you know what to do to be ready for monsoon season, whether you’re a local or a visitor in the area.

How to Stay Safe When You’re Caught by the Monsoon

- Stay within sheltered areas. Avoid tall structures like poles or trees as they can attract lightning.

- Don’t go to areas that are prone to floods.

- Stay away from telephones as they can be connected to lines that can be struck by lightning as well.

- Stay away from metal equipment such as farm equipment, golf carts, and more.

- Watch out for dust devils - they are often associated with monsoons.

- If you’re caught in a monsoon while driving, stop and park the car if the visibility is low. Make sure you turn off your lights as this might mislead other drivers to follow you and cause a collision in the storm.

- While Arizona doesn’t always have tornadoes, you might see some microbursts. Be ready for those as well.

- Watch out for sudden cooling temperatures and fast wind shifts. These are signs of thunderstorms. When you see them, take shelter immediately.

- Spread out, and don’t get stuck in crowds.

- Avoid open areas as this leaves you open to all kinds of danger during the storm.

- If you start to feel your hair standing on its ends, get down on your knees and cover your head. This is a sign of electricity which means that you might be struck by lightning. 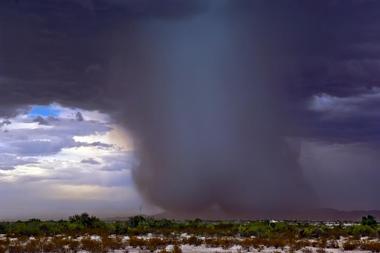 Microbursts usually hit an area of four (4) km across and are able to create wind speeds of up to 100 mph which can cause some serious damage within their period of 5 to 15 minutes. Microbursts can either be wet or dry. They are different from tornadoes in a way that they build up faster over a short period of time.

Whether you’re a local or a visitor, knowing when monsoon season is in Arizona isn’t enough. Understanding how monsoons impact an area it hits is the best way to help you prepare for the worst. Hopefully you’ll never have to deal with such bad weather, but it’s better to assume that you will.


When is Monsoon Season in Arizona?