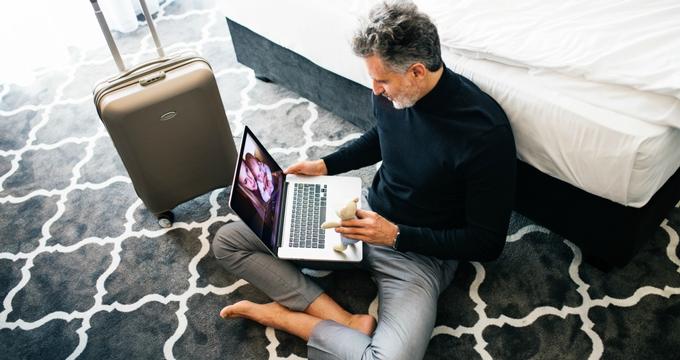 It’s been a while now since online communications have surpassed text chat and forums. Today, we’ve got programs that allow people to voice chat with one another through their computers, almost doing away with the need for phone communications. What’s more is that there’s already a lot of software that facilitates video chatting, whether by pairs or in groups.

Let’s take a look at three of the major players in the video chat business, namely Skype, Zoom, and Discord. Each of the three will get a brief review before they are all compared with one another from certain aspects.

Skype: This is no doubt the oldest of the three, starting out as the go-to software for video and voice chat. It had everything: online chat, voice calls, and video calls. The application even lets you call telephones like a normal line (for a fee).

More importantly, Skype was one of the first to enable online conferences between people, complete with the things they needed, such as:

- Clean, user-friendly interface with a bit of a professional vibe to it

As it is, Skype has pretty much everything a person needs to be able to communicate with people online. It was and still is pretty much free to use too, with additional features like VoIP available for a fee.

Discord: Discord is seen more as a gamer’s version of Skype. Much of its patrons are members of the gaming community, from professional gamers who live stream their games to a group of friends who just want to be able to speak to one another while they enjoy multiplayer games. It’s quite clear that Discord was indeed created for gamers, given that:

- There are multiple chat rooms that a person can make, allowing them to move between chat groups with people playing different games

- Creating the chatrooms is easy too – users only need to send a sharable link provided by the application to the players they want to invite.

Although Discord has a desktop and mobile app, users can also make use of the browser version. This makes it easier for people to immediately join the group chat even when they don’t have the Discord software installed.

Zoom: Zoom was designed and marketed primarily for large meetings and conferences. It is well known for its high definition conferencing and accessibility to online gatherings that can accommodate large numbers of people. Its strengths are focused mainly on video conferencing and feature the following functions:

- Screen sharing through the intuitive Zoom interface, allowing not only live demonstrations but the sharing of streamed videos and other content as well

- Participants of the conference can create breakout rooms, where they can have smaller meetings and conferences of their own

- The digital whiteboard feature, as the name suggests, allows lecturers and facilitators to draw and make notes on a screen as if using a whiteboard

- The app allows itself to connect with countless third-party applications, so the conferences and meetings are as dynamic as possible

With all these features geared towards interoperability, Zoom is definitely the go-to software for big online meetings and seminars.

So how do these three compare in certain aspects?

Familiarity – Even though Discord and Zoom are already building up a good reputation, chances are that more people still use Skype. This means that you’re more likely to get a positive response if you ask someone if they have a Skype account versus if they use Discord or Zoom. In fact, there’s a big chance that everyone who uses Discord or Zoom also has a Skype account that they can log into. This doesn’t mean much nowadays, though, since eventually people will become more familiar with Discord and Zoom, and these will probably soon be just as common as Skype.

Pricing – Between the three, Discord is the only one that doesn’t limit some of its features to paying users. Skype and Zoom both have their monthly subscription plans, which may bother you if you happen to need them. Meanwhile, Discord is able to stay afloat by simply selling sticker packs and emojis – things that people are likely to get just to show their support for the app. It makes sense, though, since Discord mainly targets young people or individuals who don’t really have the money to pay for monthly subscriptions.

Video Chat – Discord doesn’t have a way to start video conferences. This is mainly because the software was intended for gamers who need to focus on the in-game screen rather than each other’s webcam stream. This makes the software less attractive to professionals who need to host online board meetings and such.

Before anything else, it’s important to stress that the above comparisons are not exhaustive. The truth is that it all boils down to what you need the software for. As of now, it’s safe to say that Skype is the more reliable app for personal voice and video chats online as well as a host of features to allow a typical online meeting. But if you’re planning on hosting something bigger with the intention of making the meetings more accessible to all, you might want to consider Zoom. But of course, if you want a versatile chat group for all your friends so that you can play games together, Discord is hands-down the way to go.

Is the District of Columbia a State?

Pack for a Purpose Lets you Give Back on Vacation

Google Voice for iPhone or Android