Things to Do in Puerto Rico: Three Kings Day 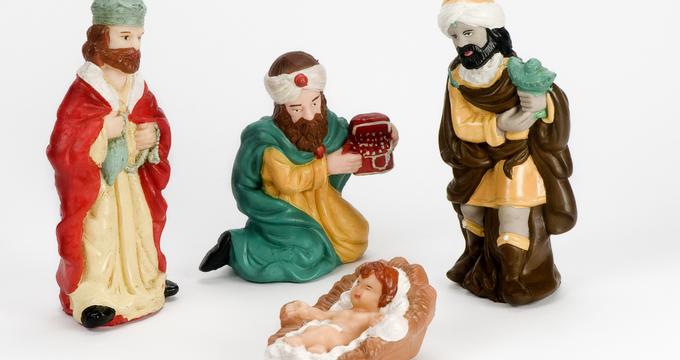 Even though Christmas Day is the main event of the holiday season for most Americans, the folks over at Puerto Rico culminate their Yuletide Season by celebrating the Three Kings or the Los Reyes Magos. It’s a religious celebration that gives more focus on the biblical aspects of Christmas (i.e. the birth of Jesus Christ) as opposed to Santa Claus, who is the main character during Christmas Eve. The feast of the Three Kings commemorates the time when the Three Wise Men played their part in visiting Jesus just after he was born.

If ever you have Puerto Rico in your sights as one of your stops during your holiday vacation, you’re going to want to consider putting your trip off to January so you can witness how the locals celebrate this important holiday of their faith. This is especially if you plan on stopping by Old San Juan, where the holiday is observed the best.

The time when the Three Kings visited Jesus was also called the Epiphany. During the holiday, Puerto Ricans make it a point to gather together and exchange gifts with their loved ones as another way to celebrate those who helped Jesus when he was still a baby.

Most Americans know the story of the Three Kings even if they don’t practice the religion. However, according the Christianity Guide Mary Fairchild, most people don’t really know much about the three Magi, except that they were mentioned in the Gospel of Matthew and that they come from the east. Most people don’t even know their names.

Speaking of names, you’ve probably tried to guess that the name of these three men are Melchor, Balthasar, and Gaspar, but these names were in fact given to them much later, and there’s no proof that these were in fact their real names. What you can be sure of, however, is that they carried the famous three gifts of gold, frankincense, and myrrh.

On the night when Jesus Christ was born, the three men were guided by some mysterious light that turned out to be a star on the west sky. They followed this star all the way to Bethlehem where they saw the child Jesus wrapped in swaddling clothes just after he was born. Interestingly enough, the three men never saw the birth of the child, and the fact that they were late inspired the concept of the “12 Days of Christmas” starting from December 25 until January 6, which is when the Feast of the Epiphany ends. This event has also been known to be called as The Adoration of the Magi.

No doubt that the Epiphany or Three Kings Day is one of Puerto Rico’s most precious holidays. During this time, the Puerto Ricans share the holiday with the rest of the Latin World on January 6th by exchanging presents. This is in lieu of the usual December 25 (although many Christians still exchange presents on the 25th anyway). They also gather grass or hay and put them in shoe boxes for the Magi’s camels or horses, which is sort of their version of milk and cookies for Santa.

They also have this tradition where kids who have been good are given candy on Three Kings Day while the bad ones get charcoal or dirt. Of course, this tradition has eventually given way to a more positive approach of teaching them to behave.

The Puerto Ricans also love the Three Kings as a subject for their arts and crafts. The three magi are a popular choice among many of the island’s Santos and figurines. You won’t find a souvenir shop that doesn’t have some kind of image of the Three Kings. They could be carved on wood or appearing as a design on some accessory.

What to Look Forward to on January 6

If you’re planning on witnessing Three Kings Day, be ready to see a lot of parades and all manner of parties and festivals. You’ll also be seeing families celebrating in their own homes and practicing their faith. In Old San Juan, they have an annual festival held at Luis Muñoz Marin Park where there’s food, drink, and live music.

Some of the food that you should look forward to include:

- Longaniza - a kind of Spanish sausage

- Pasteles - their version of the tamales

One dish worthy of note is the coquito, which is Puerto Rico’s take on the eggnog. They’re made of coconut milk, condensed milk, and a bit of vanilla.

There’s also the Pitorro, a Christmas drink which is the Puerto Rican equivalent of the moonshine. There are many different flavors to the drink such as mango, passionfruit, and even coffee.

Gifts are also given to children and people look forward to the Three Kings gracing everyone with their presence.

These three kings come all the way from Juana Diaz, which is historically recognized as their hometown. There, you’ll find a statue of the three magi at the town’s entrance as well as the main plaza. Every year, these statues travel the island to celebrate with the Puerto Ricans.

Given how important the holiday is to Puerto Ricans, no visit to the island is ever complete without experiencing it yourself. While it is mainly a religious celebration, you don’t have to share the same faith in order to be able to relate to what comes with its observance - music, food, drinks, and all kinds of fun activities. With a bit of preparation and planning, you’ll definitely be able to set yourself up to be in Puerto Rico in time for Three Kings Day.

And don’t worry, the locals are totally used to seeing tourists come around during this time of year. With all the people you’ll be able to meet and the unique experience that you’ll go through, going to Puerto Rico for the Three Kings Day alone will prove to be a worthwhile endeavor.

Best Things to Do: Eatwith - Culinary Experiences for Travelers

How to Avoid Allergy Problems in Hotels