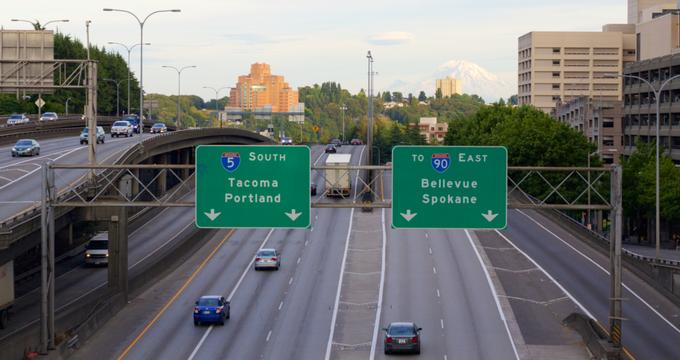 Two of the Northwest’s largest cities are Seattle and Portland, both of which happen to be great tourist destinations in their own respect. There are some similarities between the two cities, but what gives each of them flavors are their differences. So whether interested in living in Portland or Seattle or you just want to take a trip with one of them, you need to realize that these two have things that the other won’t. So it’s pretty helpful if you know what you’re getting when you choose one over the other.

Seattle vs Portland in General

The good thing about either Seattle or Portland is that they’re pretty laid back in terms of the vibe, although Portland does seem to be more laid back than Seattle. Visitors have noticed that the people of Portland tend to be more welcoming than Seattle as well. This isn’t to say that Seattle’s locals are unwelcoming. In fact, strolling around either of the two will definitely bring you to some polite, approachable, and very helpful individuals, only that you’ll find more of it in Portland. Seattle is also both a hub for the tech industry as well as a port city. Although Portland has its own port and set of industries, it has a smaller town vibe and a more relaxed neighborhood overall.

Some would go as far as to say that Portland can be strange to newcomers sometimes. In fact, there’s a spot in the city which has a sign that says “Keep Portland Weird,” so people there probably know it too. It’s got street performers and a very artsy environment that would make hipsters really happy. Needless to say, Seattle can’t seem to compare with Portland’s quirkiness, even though the former has its own share of weird as well.

As far as the numbers are concerned, Seattle is home to 704,352 as of 2018. Portland, on the other hand, has a population of 639,863. Although both cities have their own suburbs and neighboring cities, Portland is a bit smaller than Seattle. The city feels like a really long metro district with the suburban areas at its outskirts. Of course, it can’t be said that either city is big. They’re definitely smaller than New York or LA.

Sources like Payscale.com indicate that Portland and Seattle more or less have the same average salaries in their neighborhoods. This is because both companies have their own set of major companies as well as a number of startup businesses and independent employers who provide a lot of jobs to locals. Seattle’s got big names like Microsoft, Amazon, and Paccar, all of which are Fortune 500 companies. Although both cities continue to flourish, some say that Seattle is really rising in the real estate industry with more and more people moving into the area mainly because of the job opportunities.

Foodies are abound in the Northwest, so you can expect that both Portland and Seattle have their own lively food scene. Don’t expect too many five-star environments, though, since both cities’ weird backgrounds and cultures encourage a more artsy and innovative delicacies whether these dishes are found at a food stall or a fancy restaurant. Portland is quite known for its numerous food trucks while Seattle’s famous for its Pike Place Market where fresh farm products are for sale. Insofar as this category is concerned, there’s definitely no better option - both are uniquely good and definitely worth a try.

Both Seattle and Portland are found near the water. Seattle’s just by the Puget Sound Shores as well as the shorelines of Lake Union, Green Lake, and Lake Washington. As for Portland, you’ll find it to be quite close to the Columbia River and even closer to the Willamette River. Both cities are also homes to mountains that make up the scenery. Just 54 miles from Seattle is Mt. Rainier, which could be seen from most parts of the city. Meanwhile, Mt. Hood is about 50 miles from Portland.

Those who visit either city will also find lots to see at their parks. In comparison, however, Portland’s Forest Park is a lot bigger than the Discovery Park in Seattle. The latter, however, makes up for it with its lighthouse that offers breathtaking mountain views as well as views of Puget Sound. All in all, people who go to either Portland or Seattle to look for nature’s work will not be disappointed.

Being cities that have growing industries, it shouldn’t come to anyone’s surprise that both have fairly comprehensive public transportation systems. Seattle brings the public around King County with its Metro buses. Supplementing this mode of transportation is the city’s monorail that takes passengers from downtown Seattle to SeaTac International Airport as well as from the Seattle Center to Westlake. Buses will also take people between Seattle and Tacoma. More importantly, all of Seattle’s public transport is perfectly safe and easy to use.

Portland, on the other hand, has a bit more than what you’ll find in Seattle. The TriMet system brings the buses, streetcars, and MAX Light Rail together. The MAX lines go to nearby areas such as Hillsboro, Gresham, Beaverton, and the Portland International Airport. Meanwhile, the Streetcar goes as far as the South Waterfront area. Finally, the buses cover more areas of the city.

For those who have their own cars, driving can be slightly more frustrating because of all the congestion in the streets. This goes for both cities and their respective downtown areas. Maybe you’re better off commuting, since both transport systems are pretty safe and fun to use.

Again, both cities have their own attractions that locals can be proud of and tourists would look forward to. They also have their own museums and other points of interests like local shops and marketplaces. Make sure you visit Portland’s Pioneer Courthouse Square and Seattle’s Pioneer Square, both of which are venues for all kinds of events and festivals.

The takeaway from all this is that both Portland and Seattle are worth visiting. The truth is, whether you choose to visit one or the other, you can’t really go wrong with planning your next trip to either one.