Seasons in Australia - a Quick Guide 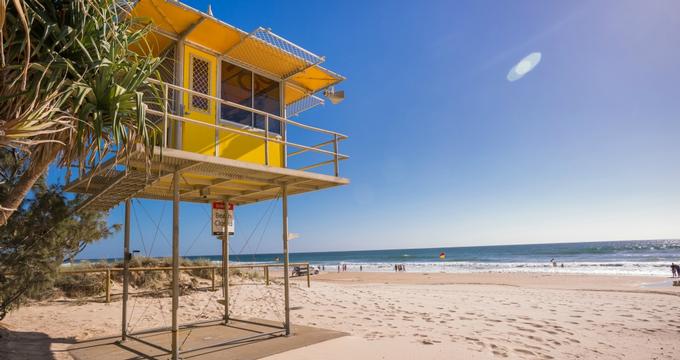 Australia is a huge continent with plenty of beautiful locations just waiting to be explored. If you’re planning a trip to the land Down Under, you’ve probably already marked a number of places you wish to see and the best route to reach them. But deciding where to go is only half of the job. You also need to take weather conditions into considerations, as Australian climate can sometimes be really harsh.

Like all big places, Australia has different climates that can vary greatly from region to region. Most people think of Australia as a very sunny place, however, that’s not always the case. There are several different seasons in Australia, some of which are hot, some of which aren’t. Believe it or not, there are some parts of the country with pretty strange climate, which sometimes even includes snow.

By comparison, seasons in the northern hemisphere start on the 20th or the 21st. Remembering this and the fact that seasons there take place during different months can make your trip to Australia less confusing and much more enjoyable.

Although there are four official seasons in Australia, the sheer size of the continent allows for a much wider range of climate variations than what some people might expect. For example, tourists can expect a tropical climate in the northern parts of Australia while those who visit the west and southwest will generally only experience a more temperate climate.

Thanks to its tropical climate, northern Australia technically only has two seasons. These are known as the wet season (November-April) and the dry season (April-November). Temperatures across this region tend to fluctuate significantly depending on the season. For example, tourists can expect a comfortable 68° F during the dry season but must exercise caution in the wet season because temperatures can reach as high as 122° F during this period.

Which Season Gets the Most Rain?

Similarly to many other countries around the world, Australia sees the most rainfall during autumn months, which in this case are March, April, and May. Tourists shouldn’t worry too much about rain during the rest of the year, though it always helps to be prepared. Make sure to always pack an umbrella and a jacket because the weather in Australia can sometimes be very unpredictable.

Which Seasons are most likely to Get Cyclones or Storms?

Cyclones in Australia usually occur between November and April. This phenomenon is a lot more common in the northern, more tropic regions of the continent. Large cyclones are fairly common in this area, but the good news is that there are rarely any casualties as often times the cyclones disperse before reaching the ground.

Knowing the exact region to which you’re traveling, as well as its local weather conditions is something that can prove vital for an unforgettable Australian holiday. You can check out the website of the Bureau of Meteorology if you’re worried about extreme weather ruining your trip to Australia.

Should Australia Have Five Seasons?

A lot of people believe that the current four-season model is not really suitable for Australia and probably never will be. The current model was brought by the Europeans when they first discovered the continent and has stuck ever since. However, many Australians think that it’s obviously not suitable for this continent. The four-season model was designed for the northern hemisphere and doesn’t really fit a country that’s located in the southern hemisphere.

The Europeans based their model on astronomical phenomena. Because of that, the summer starts on the longest day of the year, the winter starts on the shortest day, and so on. This makes sense in the northern hemisphere where seasonal cycles are fairly equal and well determined. However, things are a bit different in Australia.

Here, the summer usually lasts for about four months which makes the other seasons a bit shorter. This is the reason why many people from Australia have started advocating for a change. They think that a logical move would be to change the existing season model to one that would include a four-month summer along with four additional seasons, each comprising just two months.

Actually, such a system has already been created, although it’s not yet official. This new system is designed to take into account not only solar cycles but also changes in vegetation and wildlife that are specific to Australia. Whether it will be accepted in the future remains a mystery.

This is actually a fairly tricky question to answer because it depends a lot on the specific region you’re planning to visit. Australia is a large country, covering an area of almost 3 million miles. This makes it the 6th largest country on the planet. Therefore, saying which time of the year is best for visiting Australia is almost impossible.

For example, northern cities like Darwin have very moderate temperatures during winter with very little rainfall or even no rainfall at all. That’s not a surprise considering that this part of Australia is very close to the equator. Meanwhile, the situation is exactly the opposite during summer months as these cities experiences scorching heat waves, as well as major downpours. So, perhaps it’s best to postpone the trips to the Northern Territory to winter.

If you’re planning a trip to the southern parts of Australia, however, expect very different weather. Summers in cities like Adelaide and Melbourne usually don’t get temperatures much higher than 72-73 degrees F. These temperatures dip by only a few degrees during winter months.