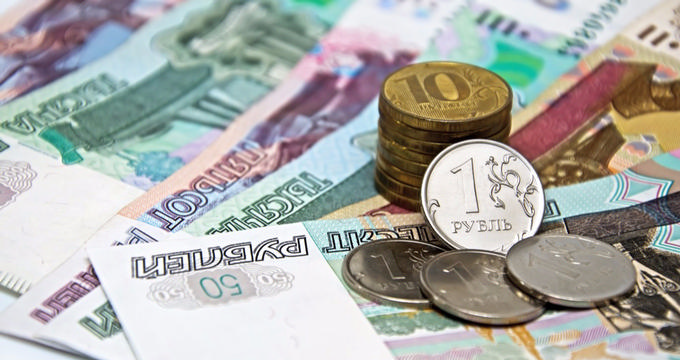 Travel has become more accessible than ever before and an increasing number of people are seeking to get away from their daily lives and homes in order to explore exotic and amazing new places all over the world, with Russia being a fine example. The biggest nation on the planet, stretching out across both Europe and Asia, Russia is a country with an astonishing amount of history, having played a huge role in many significant events over the years. It's also home to a lot of geographical diversity due to its enormous size, with many different kinds of cities, experiences, and environments to be seen all around Russia.

Some of the most popular places to go and things to do in Russia include visiting the various museums and galleries in locations like Kazan and Saint Petersburg, admiring the iconic Kremlin in Moscow, and hiking along the shores of Lake Baikal. But whatever you do on your trip to Russia, you need to plan it out and be prepared, especially in terms of money. When visiting any foreign nation, it's vital to know all about the currency used and have some idea of how people like to pay and what payment methods tend to be accepted in each location you intend to visit. That way, you won't get caught out and have to deal with any unnecessary issues. Read on to learn all about the official currency of Russia and how to use it.

The official currency of Russia is the ruble, also sometimes written 'rouble'. You may see the Russian ruble referred to as RUB and its official symbol is ?. A single ruble is made up of 100 kopeks, also written as 'copecks' or 'kopecks'.

The value of a ruble can vary over time depending on the markets, so if you want to know how much a ruble is worth at any one time if your own currency, you can make use of various currency exchange sites and tools to see the latest rates.

Coins and Notes in Russia

The ruble has been used in Russia for several centuries and was used all throughout the Russian Empire and Soviet Union. Like other currencies around the world, the Russian ruble system is made up of both coins and notes. You'll find coins in the following values:

These days, the small value coins like the 1 kopek and 5 kopek coins aren't used very often due to their very small value. In fact, some places might not even accept them at all and will ask customers to pay in higher coin denominations instead, rounding up their prices accordingly. The coins are all clearly marked with a large number symbol on one side, so you can see how much each one is worth, with the coins becoming physically larger as their value increases.

The 1 kopek and 5 kopek coins are made of cupronickel-steel and are very small in size, while the 10 and 50 kopek coins are made from brass or brass-plated steel, giving them a different color. The 1, 2, and 5 ruble coins are all made of either cupronickel or nickel-plated steel, while the 10 ruble coin is made of brass-plated steel. All coins feature an emblem on the reverse side which is either the emblem of the Bank of Russia or the country's official coat of arms.

As well as coins, you can find Russian ruble notes in the following denominations:

Again, the smaller denominations like the 5 ruble and 10 ruble notes are still seen and used but aren't quite as common as the larger ones. Each note features a number value clearly marked on both sides as well as various images of Russian locations and monuments like the Bolshoi Theatre, the Novgorod Kremlin, the Monument to Peter the Great, and the Paraskeva Pyatnitsa Chapel.

Using a credit or debit card in Russia is not only possible, it's encouraged. Cards are very widely used all around Russia, from big cities to small towns, so you shouldn't have any problem finding places that accept your card. You'll also find ATMs all over the country, especially at banks, shops, and supermarkets, and you'll find that most tourist attractions and restaurants will happily accept your bank card too.

However, it is worth noting that your bank may charge a fee for every transaction you make in a foreign country like Russia. This fee can quickly started to add up if you make lots of little individual purchases over the course of your trip, and the bank may also make use of unfavorable exchange rates that cause you to pay over the odds for the goods and services you need. This is why it makes sense to contact your bank in advance of your trip, find out about any limitations or hidden fees regarding the use of your card, and adjust your spending plans accordingly.

Using US Dollars or Other Currencies in Russia

No currencies aside from the Russian ruble are legally accepted for transactions in Russia, so you cannot pay with any other form of cash.

Tips for Currency in Russia

To make the most of your trip to Russia and avoid encountering any issues along the way, check out the following tips:

-Do your research on conversion rates before your trip and try to get the best deal. Various conversion locations will offer different rates, and even the slightest difference can result in big savings and additional spending money for you and your fellow travelers.

-Unless your bank charges you an extra fee for using your card, it makes sense to use cards in general throughout your trip to Russia as they’re very simple, practical, easy to carry around, and accepted almost everywhere.

-If you plan on getting cash converted in Russia, do so at banks, hotels, or at the airport. Avoid other locations or street traders.

-Traveler's checks can be used in Russia but only to withdraw money from banks. You can't use them for direct purchases.

-Keep some coins and notes on your person just in case. It’s always useful to have a little cash around for those situations when your card isn’t accepted.