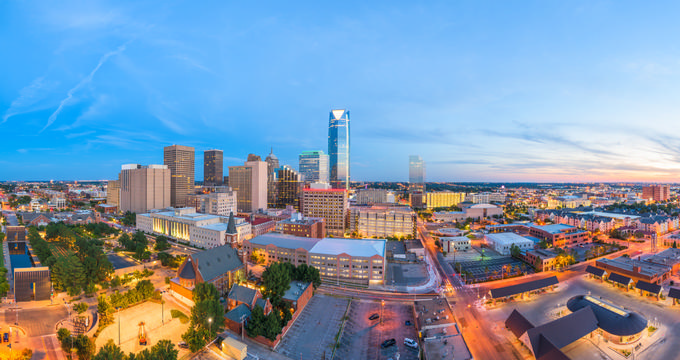 The biggest city in the state of Oklahoma and also the state capital, Oklahoma City is the 27th most populated city in the United States, well-known for its impressive skyline and enormous livestock industry. The city is located right in the center of the state of Oklahoma, in Oklahoma County, and covers an area of around 620.34 square miles. It is located in the Central Time Zone and has an estimated population of around 643,000 people, with over 1.3 million living in the surrounding metropolitan area. 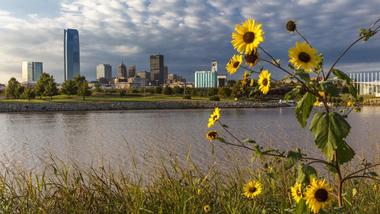 The city was founded back in April of 1889 in quite an interesting way; an area of land called the 'Unassigned Lands' had been ceded to the United States by native tribes. This area had been free of any settlements until suddenly being opened up in the 'Oklahoma Land Rush', with thousands of people setting out to claim a part of this huge space. It was at this time than around 10,000 people formed a settlement in the area that would become Oklahoma City. The town expanded very rapidly, with a huge surge in population at the turn of the 20th century.

It quickly became the biggest town in the state and fittingly earned the honor of being the state capital. The construction of Route 66 through Oklahoma City also helped to raise the profile of the town, and various industries like meat packing and oil production also allowed OKC to grow and prosper. The city underwent a big redevelopment program in the early 1990s to add more vibrancy and activities for residents and visitors in the downtown area like a baseball park, library, and more, and Oklahoma City is now one of the most visited places in the state. 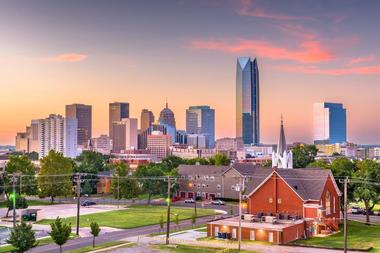 The elevation of a town or city is the term used to denote how high or low that location is in relation to sea level. Elevation can be important for town planning and also has an influence on an area's weather conditions. The elevation of Oklahoma City is 1,201 feet (366 m), which is relatively high when compared to many other major cities around the United States and even the rest of the world, as many major towns are built in coastal areas with low elevations in general.

3.Climate and Things to Do in Oklahoma City 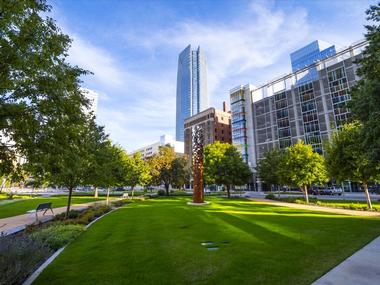 Oklahoma City has a humid subtropical climate with very hot, wet summers and quite cool winters. Weather can be quite extreme in Oklahoma City, with the area at risk of both droughts and flash floods. The hottest month of the year is July, which has a daily average temperature of 83°F (28°C), while the coldest month is January, with a daily average of 39°F (4°C). Some light snowfall can occur in Oklahoma City in winter, and the summer months can see reasonably large amounts of rain. The area is also at risk of tornadoes.

There are plenty of attractions to be enjoyed in and around Oklahoma City. The state capital is home to various museums and green spaces, as well as botanical gardens and the Oklahoma City Zoo. The Bricktown district is a popular renovated area, filled with former warehouses that have been updated and modified into eateries and bars, and the various museums, including the Science Museum, Museum of Art, and National Cowboy & Western Heritage Museum are also must-visit locations in Oklahoma City.

Oklahoma City Kayaking - Things to Do

4 Best Things to Do in Afton, OK

5 Best Things to Do in Broken Arrow, OK