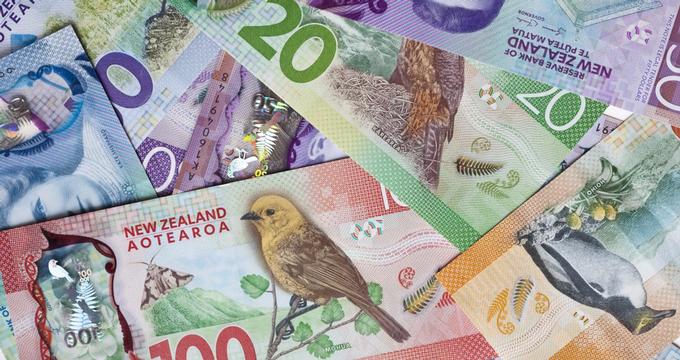 Unquestionably one of the most beautiful and picturesque countries on Earth, New Zealand frequently ranks among the most desirable vacation destinations. Separated into two main islands located in the Pacific Ocean, New Zealand is known for its dramatic landscapes, adventure sport opportunities, Maori culture, and big city locations like Auckland and Wellington. 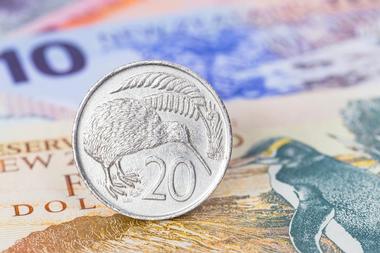 New Zealand is a wonderful place for a family vacation, but can also be well-suited to trips with friends or even solo adventures. There’s a lot to do all around New Zealand, but you’ll need money to cover the costs of all your excursions and experiences. If you’ve been wondering about the official money of New Zealand and how currency works in this island nation, read on for all the details and information you need.

2.Coins and Notes in New Zealand 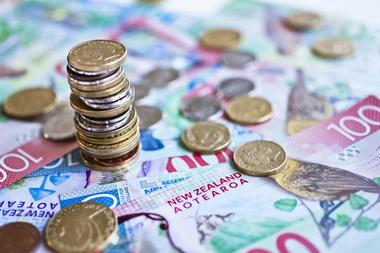 Various coins and notes are used in the New Zealand dollar currency system. There are five different coins currently being used:

As there are only five coins being used in New Zealand, it's quite easy for visitors to quickly understand the currency and differentiate between the different types of coin. The smallest coin (10 cents) is made from copper-plated steel. The 20 cents and 50 cents coins are made from nickel-plated steel.

Finally, the $1 and $2 coins are made of aluminum bronze. The coins feature the face of Queen Elizabeth II on one side and then show various cultural images on the other side like a Maori koruru on the 10 cents coin or a Kiwi bird on the $1 coin.

Along with these coins, you’ll find the following New Zealand dollar notes:

Just like with the coins, there are only five different notes being used in New Zealand, so it's relatively easy, even for people who are new to the country, to understand the notes. They also feature a color-coded system, going from orange to blue, green, purple, and red as their value increases. The notes also become larger with increasing monetary value. New Zealand dollar notes feature various figures and emblems associated with New Zealand on both sides.

3.Using Credit Cards or Other Currencies in New Zealand 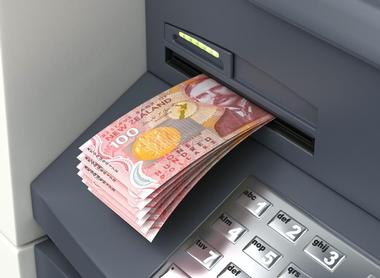 Credit cards are quite widely accepted all over New Zealand, so no matter where you're heading, there's a good chance you'll be able to use a Mastercard, Visa, Diners Club, or American Express card. Debit cards are a little less widely accepted, but there are plenty of ATMs all over the country, so it's not too hard to withdraw cash as and when you need it.

Using Other Currencies in New Zealand

The only accepted form of currency in New Zealand is the NZ dollar, so you won’t be able to use US dollars, Australian dollars, or any other currencies in this country.

4.Tips for Currency in New Zealand 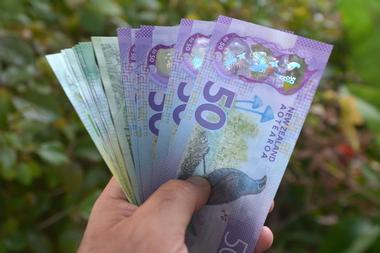 To enjoy a stress-free experience in New Zealand, be sure to follow these tips:

- If you plan on getting some New Zealand dollars before you fly out to NZ, be sure to check around with different banks and exchange places in order to get the best prices. Rates can vary quite a lot and the slightest change can make a big difference to your travel fund.

- New Zealand is a safe country where you shouldn’t need to worry about credit card fraud or ATM scams, but crime happens everywhere, so always be vigilant when using ATMs and keep your cash and cards safe at all times.

- Try to keep a mixture of coins and notes on your person for those smaller purchases and tips.

- Tipping isn't a major part of New Zealand culture and most workers won't expect any kind of tip, but they'll always be glad to get one if you'd like to reward good service. You won’t find tips automatically applied to your bills in New Zealand.

- New Zealand has a goods and service tax which is automatically applied to all items.

- Some retailers in New Zealand round total costs up or down to the nearest multiple of ten. This is to try and cut down on the use of the small coins like 1 cent and 5 cents.