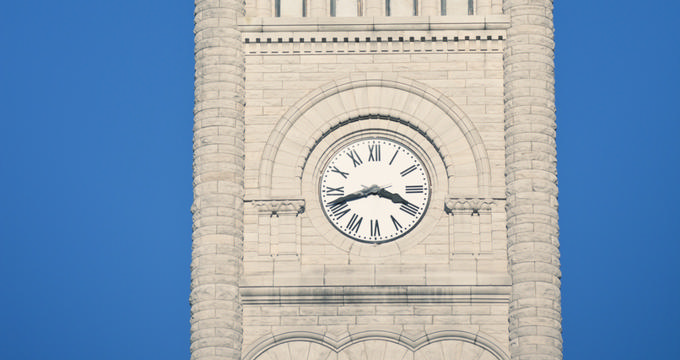 Founded in 1779, Nashville is the state capital of Tennessee and also the state's most populous city, boasting a population of around 660,000. The state of Tennessee is actually covered by two separate time zones, with the western majority of the state being in the Central Time Zone and the Eastern edge being in the Eastern Time Zone. Tennessee is located around the central area of the state and is therefore contained within the Central Time Zone. 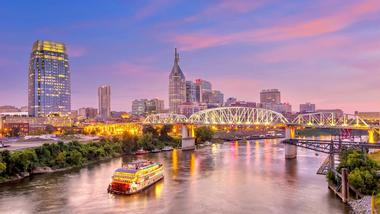 Named after a Continental Army general named Francis Nash, the city played a key role in American history and was the first state capital to fall to the Union during the American Civil War. Despite some difficult moments in the past, Nashville has always managed to come back strong and is regarded as a key hub for music, manufacturer, banking, education, and other industries and sectors.

The Cumberland River flows through Nashville and is a popular spot with kayakers and outdoor enthusiasts. The city itself enjoys a humid subtropical climate with hot summers and mild winters with some snow. The city is renowned for its mixture of traditional architecture and modern high rise buildings, boasting a range of entertainment and cultural landmarks and attractions.

2.Activities and Economy in Nashville 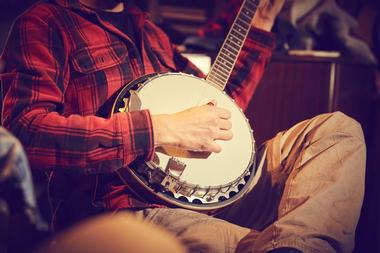 When most people think of Nashville, they immediately associate with the city with country music. Often nicknamed Music City or the 'home of country music,' Nashville has been a major player in the country music genre for many years now. The biggest record companies all have offices in the city, and the famous Gibson guitar brand is also headquartered in Nashville. The city is the second biggest music production area in the entire United States, beaten only by New York.

Thousands of jobs are created by the music industry in Nashville, and this aspect of the city also helps to make it a popular tourist hotspot. Country music fans around the world love to visit Nashville and take in the town’s country roots in the Music Row historical district and landmarks like the Country Music Hall of Fame and Museum. Nashville is also home to the Grand Ole Opry, the record-breaking radio show that has been going on longer than any other show in existence. Nashville also plays home to hundreds of churches and two dozen educational institutions. 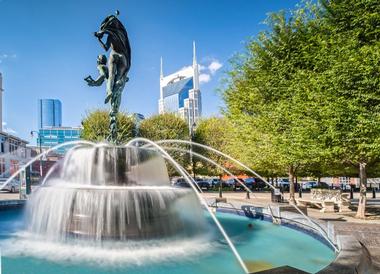 The major time zones we know today in the US didn’t exist until the late 19th century. Before that time, people would rely on the sun to tell the time, setting their clocks to midday when the sun passed over the meridian of their town or city. There were no standard times in each state and the time could vary from one town to the next, which gradually become more and more problematic over time, especially when the railroad network improved and trains needed more precise schedules.

In November of 1883, the four major time zones of the contiguous United States - Pacific, Mountain, Central, and Eastern – were introduced and each state was placed in one or two of these zones. The home state of Nashville, Tennessee, was placed in both the Central and Eastern zones due to its geographical location, with the city of Nashville itself observing Central Time. 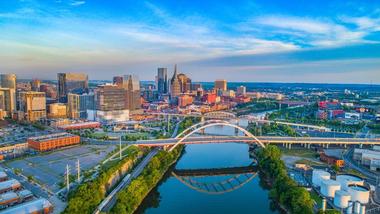 The Central Time Zone (CT) covers Nashville and the majority of the state of Tennessee, as well as applying in several other parts of North America. Like the other US time zones, CT comes in two forms: Central Standard Time (CST) and Central Daylight Time (CDT). Central Standard Time is six hours behind Coordinated Universal Time (UTC), while Central Daylight Time is five hours behind UTC.

Along with Nashville and most of Tennessee, the Central Time Zone partially covers ten other states as well as nine more states in their entirety, applying in 20 states overall. This time zone is also observed throughout most of Mexico, parts of Canada, along with several Central American countries and Caribbean Islands.

Nashville, as well as the rest of the state of Tennessee and almost all other US states, uses a system of daylight savings time to save energy and make the most of the long summer days. This system has been in place since the Uniform Time Act of 1966. Since 2005, when the Energy Policy Act was introduced, Nashville observes CDT from the second Sunday of March through to the first Sunday of November.