Currency in Mexico - Places to Visit 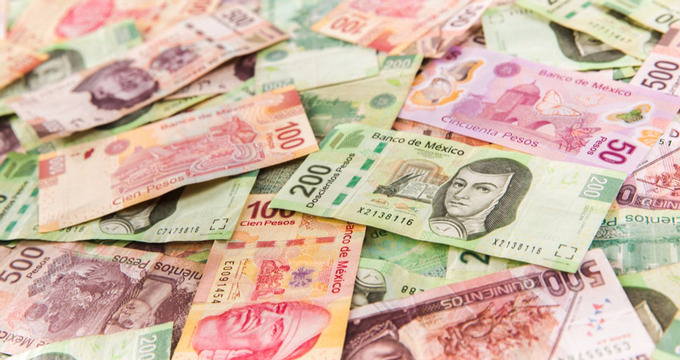 Mexico is a highly popular vacation destination for travelers from all over the world, especially citizens of the United States. Due to the close ties between Mexico and the US, as well as the relatively close distance between the two countries, it’s very convenient and highly affordable for Americans to take trips to Mexico, but the country can appeal to people from anywhere on Earth with its beautiful beaches, ancient Mayan ruins, lively cities, delicious cuisine, and much more. It’s a great place to visit for families, couples, backpackers, and groups of friends, so Mexico definitely deserves consideration as your next vacation destination.

When you start going ahead and planning out your Mexican vacation, there are many different factors to think about and it’s important to leave no stone unturned. The main things to worry about are how you’re going to get to Mexico and which hotel, resort, or form of accommodation you plan on staying in, as well as the various activities and trips you plan on taking when you’re there. However, one more thing you mustn’t forget to consider is the currency. No vacation can be complete without some spending money, so let’s take a look at the official currency used in Mexico to learn about the best ways to make payments on vacation.

The official currency of Mexico is the Mexican peso. Known as 'Peso Mexicano' in Spanish, the Mexican peso has been used for centuries and is denoted by the "$" sign, which is the same sign used to denote the United States dollar and various other currencies around the world.

Coins and Notes in Mexico

Like most currency systems all over the globe, the Mexican peso is divided up into various coins and notes. Peso coins have been used in Mexico since the 1860s, but you'll only find the 'nuevo peso' (new peso) coins being used nowadays in the following denominations:

Despite the fact that 5, 10, and 20 centavos coins do exist, they don't tend to be seen too much these days due to their very small value and the fact that most items and services have prices that can be covered with the larger coins.

Interestingly, many stores in Mexico will also encourage customers to simply round up their total bills to the closest 50 centavos or peso and donate the extra centavos to a charitable cause. Some commemorative coins have also been released over the years in larger denominations like $20, $50, and $100, but these are quite rare to see.

As well as coins, you can find Mexican peso notes in the following denominations:

Banknotes have been used for the Mexican peso since the 1820s. Various series of notes have been released over the years, with the latest set coming out in 2018 and feature special anti-counterfeiting measures in order to try and cut down on the amount of forged notes out there.

The notes of Mexico display various images from Mexico's history on one side, like the Mexican Revolution on the $1,000 bill, with images of flora, fauna, and beautiful natural locations from around the country on the other side, like the Monarch Butterfly Biosphere Reserve on the $100 note.

Not so long ago, many people would tell you to not even take your credit or debit card to Mexico as they simply weren't used or accepted. However, times have started to change quite a lot. Cash is still the dominant mode of payment in many situations, but you'll find that lots of shops, restaurants, and hotels will take debit and credit card payments in Mexico.

It is important to note, however, that some banks and card providers will charge you conversion fees on each transaction, so you need to call up your bank and be aware of the rules before buying things with a card in Mexico. You'll also find many ATMs around the country so can use your card to withdraw some Mexican cash.

Using US Dollars or Other Currencies in Mexico

Using US dollars in Mexico is absolutely possible, but only in certain areas. Due to the close ties between the two countries and the fact that Mexico sees a significant number of US tourists each and every year, a lot of the big touristic locations have started accepting US dollars. This means that if you're spending your time in a big touristic hotspot, like Cancun for example, you can get away with just paying in US dollars and not needing to get any pesos at all.

However, there are some big caveats to this. Firstly, items in Mexico are all priced in pesos by law, so you won't know quite how much you're paying in USD until you actually hand over the cash. Stores, restaurants, and more can all basically choose their own conversion rates, which means you might be paying quite a big more for things if you choose to pay in USD than you would be if you were paying in Mexican pesos.

Tips for Currency in Mexico

If you want to have the best time in Mexico and not have to worry about any issues with your pesos or dollars, check out the following tips.

-Even though some places take US dollars, it’s much smarter to get some peso and pay with them instead. The conversion rates can be quite steep at certain locations and you might actually be paying up to 20% more than the regular price on certain goods and services if you pay in dollars.

-In addition, many locations will only accept Mexican pesos, including Mayan ruin sites and many restaurants, so it’s definitely a good idea to have some pesos if you really want to explore the country and see some sites each day.

-Check out multiple locations to get the best exchange rates on your Mexican pesos. Rates can vary quite a lot from one location to the next, and a single decimal point of difference might not seem like much at first, but can add up to a lot of cash in the end.

-Be careful when using ATMs. Not only will some of them charge fees for accepting foreign cards, they're also a popular site for criminals like muggers or pickpockets to hang around. If you do use an ATM, be sure to find one in a bank where you'll be totally safe and secure, rather than simply in a store or out on the street.

-In regard to tipping, it’s not quite so common to tip in Mexico as it would be in a place like the United States, but service workers will always appreciate a tip, so it’s up to you whether or not you’d like to leave tips at places like restaurants.

CAN Airport Code - Places to Visit