Best Things to Do: Masterclass - Unique Theatrical Education in London 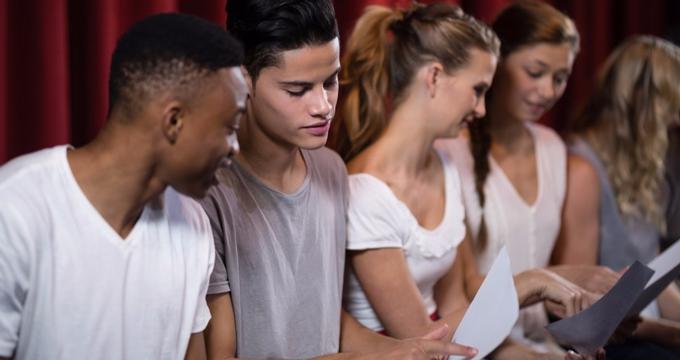 When we think of theatre, we think of London. The city's West End area has consistently been one of the world's greatest locations for live plays, musicals, and theatrical performances, with the likes of Wicked, Les Miserables, The Phantom of the Opera, and The Lion King standing out as some of the best known and most beloved classics.

London lives and breathes theatre and wouldn't be the same without it, and many young people in and around the city dream of breaking into the world of theatre as a writer, producer, director, performer, or behind-the-scenes worked, but aren't quite sure where to start. For those people, Masterclass is the answer.

Masterclass is the in-house educational charity of the Theatre Royal Haymarket, focused on nurturing new talent in the theatrical world. For over two decades now, Masterclass has been dedicated to supporting, encouraging, and education young people, opening the doors of London's theatre world to all those who dream of standing on stage or behind the scenes in their future professional lives.

The main aim of Masterclass is to advance the education of people aged between 16 and 30 who are interested in the craft of theatre, offering free opportunities for young people to work with leading industry figures from the theatre, as well as films and TV, along with providing useful careers advice, paid apprenticeships, new creative experiences for aspiring theatrical professionals, and much more besides.

- Masterclasses - One of the main initiatives offered by Masterclass is titular 'Masterclass Sessions', or Masterclasses. Hosted at the Theatre Royal Haymarket, a historic West End theatre in the City of Westminster at 18 Suffolk Street, these sessions give ambitious young theatre professionals and students chances to actually meet and engage with industry leading figures from theatre, TV, and film, as well as opportunities to actually work right on the West End stage alongside real actors and directors. The Masterclasses can vary in style from talks and discussions to hands-on workshops, all designed to give young people a chance to learn more about the industry, ask the questions they've always wanted to know the answers to, and gain valuable knowledge for the future.

- Pitch Your Play - Another initiative of Masterclass is 'Pitch Your Play'. Aimed at aspiring writers, directors, and producers, Pitch Your Play encourages young theatre makers and creative minds to pitch their play ideas to a panel of leading industry professionals. The three pitches deemed to be the best will be given a chance to actually stage a rehearsed reading on a West End stage, with family and friends out in the audience, effectively allowing young theatre makers to bring their plays to life and see the full process of making a West End show. Full support is provided by the Theatre Royal Haymarket's Masterclass team in order to prepare and produce each aspect of your play.

- Apprentice Scheme - Another great opportunity for young and ambitious theatre professionals and students is the Masterclass Apprentice Scheme. As the name implies, this scheme opens the doors of apprenticeships in the theatical world, letting talented young theatre makers work alongside theatre professionals in a paid educational role. Apprentices will benefit from firsthand experience, hands-on work with directing, management, design, and behind-the-scenes production at West End shows, learning from the very best in the business over the course of a six-week period and then having the chance to continue on into a more permanent role.

- Cyberscene Project - We're living in a digital world, with many new challenges to overcome and a lot of different tools and resources for young people to use. There are many advantages and disadvantages when it comes to modern technology, and the Cyberscene Project aims to highlight both sides of the coin, working to tackle cyber bullying by working with local college students to see how digital technology had affected their lives and actually produce a play based on their findings. The result of the Cyberscene Project was Cookies, a bold and innovative play inspired by reality and looking at a group of teens dealing with the dangers of cyber bullying.

- TheatreCraft - Last but certainly not least, Masterclass also hosts and organizes TheatreCraft, the UK's biggest free careers fair for young people who are interested in an off-stage role in the theatre, i.e. jobs in fields like production, stage management, set design, lighting, sound, casting, costumes, props, directing, marketing, and more. If you're interested in a career in the theatre but don't see yourself actually on stage, the TheatreCraft show features all the educational material, assistance, workshops, and networking opportunities you need to learn about your options and pursue the role you want. website