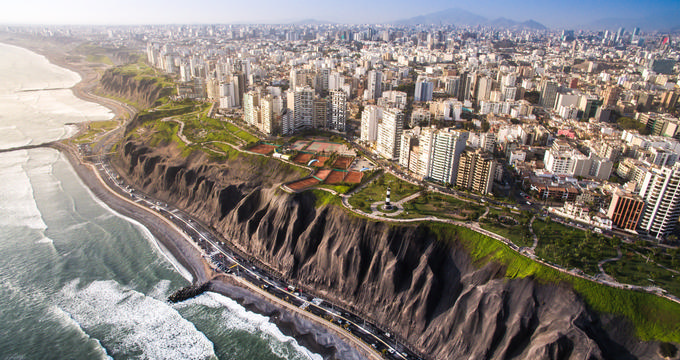 The biggest city in the country of Peru and also the nation's capital, Lima is one of the most beautiful places in South America. Located on the Pacific Coast among the valleys of the Lurin, Rimac, and Chillon rivers, Lima covers an area of 1,031.8 square miles and has an estimated population of 8.8 million people, with over 12.1 million in the surrounding Lima Metropolitan Ara, which is the biggest of its kind in Peru and the third biggest in all of the Americas.

The city has a long and storied history, being founded way back in 1535 by Spanish explorer and conquistador, Francisco Pizarro. Lima was first named 'Ciudad de Los Reyes', meaning 'City of Kings', and was the capital of Spain's South American territory. The city quickly began to thrive and expand as a key trade location. Unfortunately, the surrounding area was prone to earthquakes, and a 1687 quake led to the destruction of many of Lima's buildings. At the same time, other major cities around South America were growing stronger, and the influence of Lima began to die down.

Attempts to rebuild Lima followed, but were interrupted by another bad earthquake in 1746. The city then played a key part as Peru sought independence from Spain. It became the capital of the new republic and began to grow once more, but was involved in yet another highly destructive earthquake in 1940, leading to yet another rebuilding process. Throughout the 20th and into the 21st centuries, however, Lima once again rose from the ashes and is now a key commercial, cultural, touristic, and economic hub for the nation of Peru and South America in general.

The elevation of a town or city tells us how high or low that location is in relation to sea level. Many major cities around the world are constructed in coastal locations at relatively low elevations below 500 feet (152 m). Despite being constructed on the Pacific Coast of Peru, the elevation of Lima can vary enormously in different parts of the city due to its location on valleys and mountain slopes. The elevation of Lima can therefore range from as low as 0 feet (0 m) down by the Pacific Ocean to as high as 5,090 feet (1,550 m) on the slopes further inland.

Peru has a long coastline, but also includes the world-famous Andes Mountain Range and other high altitude areas, resulting in wildly different elevations all around the country. The average elevation of Peru is 5,102 feet (1,555 m), so the elevation of Lima, even including its highest point, is entirely below the national average. The highest point in all of Peru is Huascaran, a mountain in the Cordillera Blanca range, which is part of the Andes. Huascaran has an elevation of 22,205 feet (6,768 m). The lowest point in the nation is an area called the Bayóvar Depression, located in the Sechura Desert with an elevation of 112 feet (34 m) below sea level.

3.Climate and Things to Do in Lima, Peru 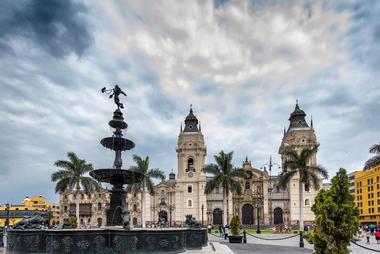 Due to Lima's unique elevation and coastal location, it has a mild desert climate with aspects of a subtropical climate. This results in relatively warm temperatures that don't change too severely throughout the year. The city has very dry conditions, with around 18 rainy days per year and just 6 inches of rain falling annually. The hottest month of the year is February, which has average highs of 80°F (27°C), while August is the coolest month with average lows of 60°F (15°C).

Lima is a very large and historic city with a lot of landmarks and unique attractions for residents and visitors to enjoy. Some of the most popular sites in Lima include the Plaza Mayor, the Costa Verde, the Cathedral of Lima, the Government Palace, and the Larco Museum. The city's unique cuisine and architecture attract many visitors per year and lots of live music and other entertainment can be enjoyed all around Lima as well.