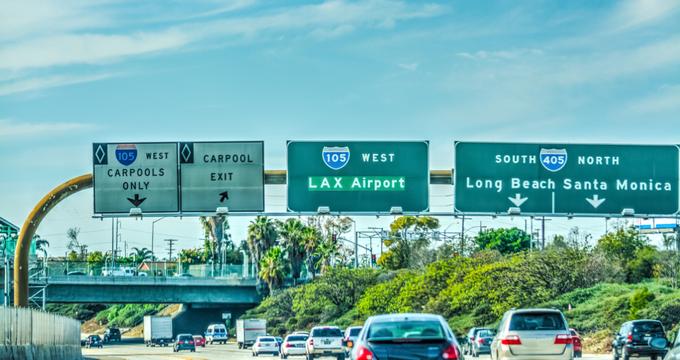 Getting to Disneyland from LAX on your next holiday can be quite the challenge, depending on your circumstances. You’re going to have to decide whether you really need a car while you’ll be staying at the resort of your choice. You’ll also be wondering what the best mode of transport would be when traveling alone or with a group. There’s also the question of time - what’s the faster way to get to the destination? To answer those questions and more, you’re going to first need to know your options.

Whether or not it’s ideal for you to rent a car during your stay in Disneyland is determined by how much you’ll be using the car. In many cases, those who will only be staying for one night benefit much from a car rental - it gets you around faster, allowing you to make the most of your day. But if you’ll be staying there for a couple of days, there’s a big chance that car will just be parked somewhere, making you waste the money spent on renting it.

Without any traffic, you’ll make your way from LAX to Disneyland by car in a matter of thirty to forty minutes. But there’s usually traffic, though, so you’ll probably be on the road for as long as two hours. Tip: if there’s more than one of you in the car, you can speed things up by using the HOV or carpool lane.

Directions: The fastest route from the airport would be to the 105 Freeway east and then towards 405 South followed by 22 east. You then have to exit through Harbor Blvd South. Once done, turn left to take the next exit at Harbor Blvd North and then turn right.

As of 2016, taking a cab from LAX to Disneyland is at least $88, plus tip. This rate will increase if there’s traffic of if your hotel is a bit farther than most.

Getting a Car Service, Limo, or Driver

Instead of renting a car yourself, you can opt to have a driver pick you up at the airport and take you and your companions to Disneyland. This is a good way to start your trip right if you’re looking for some added luxury.

With rideshare apps like Lyft and Uber on the rise, it’s now easy to book a ride from LAX to take you anywhere, including Disneyland. The good thing about these Rideshare Apps is that they’re generally cheaper than getting a cab (rates are between $35 to $48 for Uber and less for Lyft).

Another economical alternative to going places from LAX is to book vans from companies like Primetimeshuttle.com, Shuttle2LAX.com, or Supershuttle.com. They travel between LAX and Disneyland for as low as $15 per person who get a seat in a 9 person van. Just like the ride share, they will pick you up from the airport and take you to the Disneyland hotel.

The downside to this is that you’ll have to wait for the van as it waits for more passengers to join you on the ride. On the road, the van will also have to make multiple stops to different hotels. The average number of stops per ride, however, is four hotels, which isn’t so bad considering you’re saving lots of money. The rides are also shorter if you are traveling with a group, so you’re all going to the same hotel anyway. Counting all the pickups and stops, a typical van trip would be between one hour and a half.

When you book the van online, make sure you input Disneyland Hotel and not just “Disneyland” as those are two different destinations. It could make the trip more expensive that way. As far as the math is concerned, however, some travelers say that taking the van from the airport to the Disneyland gate is cheaper, especially if you’re with a group.

Keep in mind that you’ll always have to reserve the seat ahead of time before you can use any of it. Alternatively, you can walk out of the airport yourself and just hail a shuttle that’s headed to Disneyland. Like the other vans, this one is cheaper if you booked online.

Gray Line operates a pickup service from Orange County airports and LAX. It’s called the Disneyland Resort Express, and it stops at eight hotels (even when nobody is getting off there). However, there are honestly better alternatives out there.

If you have the time and love a good adventure, commuting from the LAX to Disneyland could be a great idea. You’ll have to leave the airport and make your way to the Metro Green Line. To do this, you can take a free shuttle called Bus G that will bring you to the Aviation/LAX Station where the Green Line is. The line leads to the Norwalk Station where you will get off and get on a Metro Bus, which in turn will take you to the gate. The whole thing takes approximately two hours, but the good thing is that it will only cost each person $1.75.

Are you carrying a lot of luggage? Then you’ll want to take the Anaheim Resort Transportation (ART), which have shuttles that run from Disneyland to its hotels. There are different buses though, so make sure you’re boarding the one that goes to your hotel. To ride, these you’ll need the pass that costs about $5 at minimum. Much like other transportation services, you can also book tickets online.

No matter what transportation you take to get from LAX to Disneyland, make sure that you know where to go and what to do. As much as possible, book your tickets online and ahead of time. Proper research and planning will not only guarantee that you’ll get the best ride to Disneyland but it will help make the most of your vacation as well.