How to Get "Last Week Tonight" With John Oliver Tickets 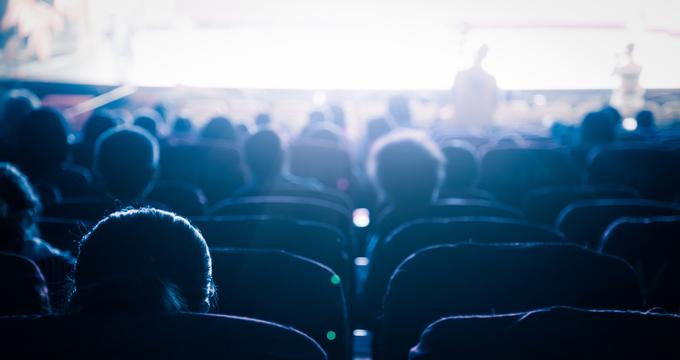 If you’re visiting New York and you want to make the most of your visit, consider attending a live TV show taping. One pretty good show to score tickets with is the Last Week Tonight with John Oliver. If you play your cards right, the tickets are free! Read on to learn how.

You’re going to want to get to know the show’s official website so you can score tickets for free. And since you’re not the only one who will be trying to score free tickets, it’s wise to know when they actually hand them out. Generally the tickets are released at about 3:00 PM at exactly two weeks prior the scheduled taping which would be on Sunday evenings. Every request is limited to four tickets, which would be a lot considering the popularity of the show.

The only caveat to making a request is that you don’t ask for tickets after you’ve already seen the show in order to give other people a chance. To be specific, if you attended one show, do not apply for tickets for the next three seasons. The show already has a long backlog of fans that are yet to get their chance to see the show.

More importantly, you need to make sure you enter your ticket request only ONCE. The website uses a lottery-like system and if you enter multiple times you will be disqualified.

Aside from getting advanced tickets, you can also try your luck with getting tickets on standby for the next show. Of course, this is meant to be a last resort, considering how they are incredibly limited since most tickets are meant to be distributed online. But if you really do want to try your luck, you can opt to line up outside the studio at 4:00 PM.

Want to keep yourself updated with ticket availability? Follow Last Week Tonight with John Oliver on Twitter. They keep their followers up to date with any developments.

Keep in mind that the website is the only official source of information for and tickets to Last Week Tonight. This also includes the Facebook and Twitter page. Thus, you should never give your money to any individual or website claiming to give you tickets to the show. The show has never sold the tickets and they will always be for free.

If you’re going to the show, remember to keep these in mind:

- You have to be at least 18 years old to be able to watch the show.

- The show is usually tapes every Sunday evening at about 6:15 PM. As a guest, it’s important that you arrive at least 40 minutes before the time.

- The taping takes place at the CBS Broadcast Center. That’s between 10th and 11th Avenue, 528 West and 57th Streets.

- Bring a photo ID that bears your name which matches the ones on your tickets.

- You’re not allowed to bring any large packages to the venue. Make sure you leave your shopping bags and luggage at home. Besides, it’s more convenient for you to not be bringing anything around. If you need to bring some small belongings, a small purse would be okay.

- The show encourages its audience to wear smart casual attire. However, the place is really cold because of the frigid air conditioning, so you may wish to bring a jacket as well.

Last Week Tonight with John Oliver is an EMMY Award Winning live comedy show hosted by John Oliver from The Daily Show and Community. The show lasts about half an hour and offers its audience a satirical take on news and current events of the past week.

Things You Didn’t Know About the Show

#1: The Announcer Does His Part in a Robe

David Kaye does most of his recording quite comfortably, in fact too comfortably for other’s standards. This is because he lives quite close to the studio where he records, so he usually just wakes up, puts on a robe, goes out to studio and does his thing. As the audience, this isn’t something you’ll probably be able to see, but it is a thought you probably won’t be able to get out of your head next time you hear the announcer’s voice on air.

#2: The Costumed Performances Are Choreographed

In fact, they’re more prepared for than most people think. They have rehearsals and everything in order to get the blocking and movements in sync. This is a bit hard to believe for most because everything looks so impromptu when it happens. But it’s exactly because there are a lot of moving parts that they have to prepare for it. They even hire actual comedians to fill these costumes just to make sure everything goes well.

Perhaps one remarkable example of a well-choreographed costume performance was the one with John Oliver and the Space Gecko, where they had to pour out the 40s on stage. The rehearsals didn’t involve any actual pouring but they did have two to three runs until it was perfect.

#3: Sometimes the Announcer Has Problems Trying Not to Laugh

People remember the announcer to maintain a serious voice even those he’s saying really funny things. If you think you’re having trouble not getting yourself to laugh as you listen to those lines, imagine what Kaye would have to do just to maintain a straight up serious voice! You can imagine the studio having to record multiple times because the guy would have to stop for the giggles.

Knowing all these and more, there’s absolutely no reason to not try your luck at scoring tickets for the show when you’re in town. Just remember to keep yourself updated with the latest news and follow the rules when applying for a ticket. Once you’re in and watching the show live, you’re sure to realize that all that waiting was worth it.