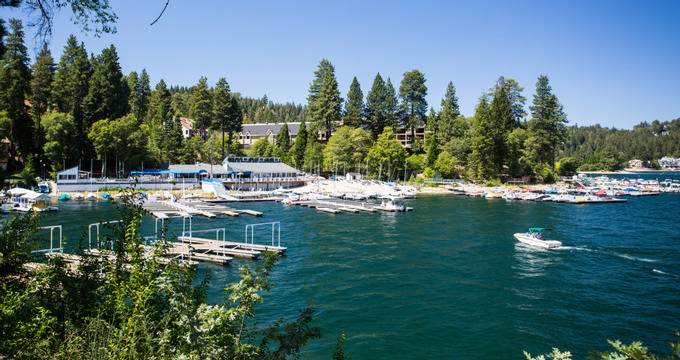 A small unincorporated community and census-designated place in the southwestern part of San Bernardino County, Lake Arrowhead is a combination of six different communities: Blue Jay, Sky Forest, Rim Forest, Lake Arrowhead, Twin Peaks, and Cedar Glen. The area is located in the southern part of the state of California and covers an area of 18.951 square miles, with a total estimated population of more than 12,000 people. 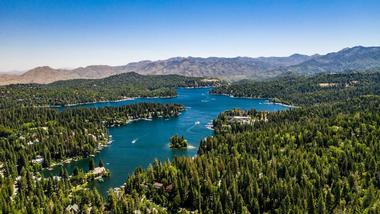 The area is located among the San Bernardino Mountains in the San Bernardino National Forest and includes the area all around the Lake Arrowhead Reservoir. Lake Arrowhead has actually been used for the shooting of various movies over the years, particularly in the 1930s and 1940s. It was once known as 'Little Bear Lake' but was renamed around 1920 after the lake itself and surrounding land and communities were purchased by the Arrowhead Lake Company.

Lake Arrowhead is a very popular spot with tourists in California, with more than 4 million people flocking to the area every single year to partake in various recreational activities and relaxation. Various hotels, motels, bed and breakfasts, cabins, lodges, and more can be found all around Lake Arrowhead, offering visitors a lot of options for their stay. The lake itself has a surface area of 780 acres and a long shoreline, offering dozens of recreational opportunities for activities like fishing, boating, hiking, and more. Skiing and other winter sports are also popular around Lake Arrowhead. 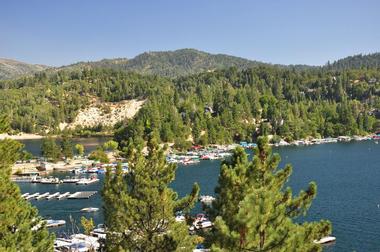 When we talk about any town, city, or community, or even mountains, lakes, national parks, and other key locations around the world, elevation is one of the most important geographical statistics to consider. Elevation, which is most commonly measured and presented in feet or meters, tells us how high an area is in relation to the mean sea level of Earth. It can have various practical uses and effects on an area, being especially influential on a location’s climate. The elevation at Lake Arrowhead varies around the area, but averages out at 5,174 feet (1,577 m). The surface elevation of the Lake Arrowhead Reservoir is 5,125 feet (1,562 m).

3.Climate and Things to Do at Lake Arrowhead 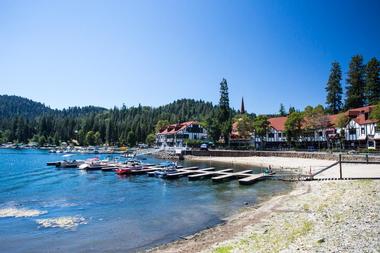 Lake Arrowhead is a very popular resort destination with a lot of different hotels and motels for visitors to stay in, as well as various cabins and lodges that can be rented around the shores of the lake itself. Activities to enjoy in and around Lake Arrowhead include boating, fishing, hiking, cycling, skiing, and more. Annual events like art and wine festivals are held in the summer, while winter activities include snowmobiles, snowboarding, sledding, and more. The Lake Arrowhead Queen Boat Tour also runs all-year long, taking guests out across the waters of the reservoir.