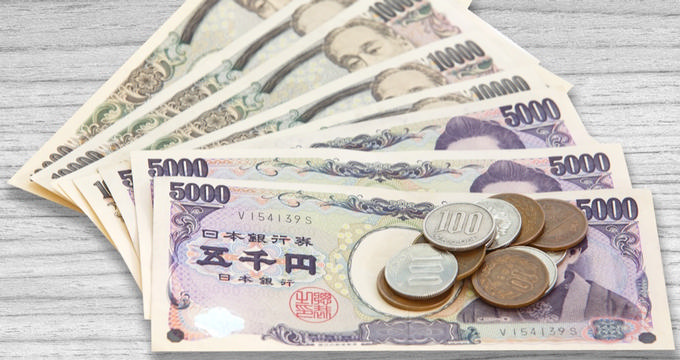 Japan is an amazing country to visit for a long list of reasons. It’s a nation with a huge amount of history and a truly unique culture that is completely different to anywhere else on Earth. For millions of people each year, a trip to Japan is a very exciting experience as the country has a lot of different things to see and experience. Many people spend their vacation time in the vast metropolis of Tokyo, which almost seems like a city from the future in many ways, while others tend to explore the more natural side of Japan, taking in its forests, rivers, small villages, and ancient temples.

Wherever you plan on going in Japan, you’ll need to plan out your trip ahead of time to really make the most of each day, and one of the big things you definitely can’t forget to take into account is the currency. This is an important part of any trip, as it’s always essential to find out what kind of currency is being used in the countries you wish to visit, what the exchange rates are like, how much things tend to cost, and the different ways in which people pay and use the currency each day. Read on to learn all about the currency of Japan, including some helpful tips and tricks to make the most of your money.

The official currency of Japan is the yen. The symbol for the Japanese yen is ¥, and you'll sometimes see the currency referred to as JP¥ or JPY. Like many other currencies all around the world, the value of the Japanese yen can rise and fall over time, so exchange rates will also vary and can shift quite dramatically, but in general, a single US dollar is worth over 100 Japanese yen.

Coins and Notes in Japan

The Japanese money system is based around coins and notes, just like many other money systems and currencies all over the globe. You'll find coins and notes in a variety of denominations. Let's take a look at the coins first of all. You can find Japanese yen coins in the following varieties:

Coins have been used in Japan since the late 19th century. They have been made of various metals over the years. The 500 yen coin has the unique distinction of being one of the most high value coins to be used in any monetary system in the world. You can quite quickly and easily differentiate between the coins due to their different colors and styles.

The 1 yen coin, for example, is made entirely of aluminium and is the smallest of the coins. The 5 yen coin is made of a mixture of copper and zinc, giving it a slightly golden color. The 10 yen coin is made mostly of copper, while the 50, 100, and 500 yen coins feature the inclusion of nickel. The 500 yen coin is the largest and each coin features various images on one side, with the year of minting and the value of the coin on the other side of most coins.

The yen coins have all been cleverly designed to make it very easy to tell between them, and the same can be said for the banknotes of Japan, which you can find in the following denominations:

Yen banknotes have been around in Japan since 1872, which was just two years after the introduction of yen coins. The various denominations of notes have changed over the years, but nowadays there are only the three listed above to worry about. Each note is clearly labeled with its value in the top corners of both sides.

One side of the note is decorated with an important cultural image of Japan like Mount Fuji or the hoo statue from the Byodo-in temple, while the other side features an iconic figure from the country's history like Hideyo Noguchi on the 1,000 yen note or Ichiyo Higuchi on the 5,000 note.

Interestingly, unlike many Western nations, Japan hasn't really made a major switch to the use of credit and debit cards over regular cash. Statistics show that over a third of all payments in Japan are made in cash, and the society tends to prefer cash in general due to cultural associations. This is especially true for small amounts, and Japanese people usually prefer to receive cash.

However, credit cards are becoming increasingly accepted around the nation, especially in major cities like Tokyo and big touristic areas. So if you're planning on visiting the top touristic locations on your trip, you should find that plenty of hotels, restaurants, and big stores will accept cards. Train stations and large grocery stories also usually accept cards.

Using US Dollars or Other Currencies in Japan

The only places where you can expect to be able to use US dollars or other currencies in Japan are at major chain hotels and duty-free shops. In general, everywhere else around the country, you’ll need to be paying in yen.

Tips for Currency in Japan

Follow these top tips to make the most of every yen you spend and have the best time when making purchases in Japan:

-As previously mentioned, Japan is still very much a cash-based society and you really need to have cash on you at all times unless you’re staying exclusively in the main touristic areas and only plan on visiting big chain stores and restaurants. If you want to head out to the smaller towns and villages, cash is essential.

-Most tourist attractions will only take cash due to the typically low entry fees too, so this is another reason to keep some coins on you at all times.

-You may even enter some restaurants or locations where items are provided via a kind of vending machine system, and these places will only usually take cash too.

-While some train stations accept cards, others will also only take cash, and the same is usually true of taxis and various forms of public transport like buses.

-Be careful when using ATMs as most of them won’t even accept non-Japanese cards.

-Consider investing in an IC card. IC stands for 'integrated circuit' and these are basically pre-paid cards that can be charged up and used all around the country in various shops, stations, restaurants, and even vending machines, as well as on buses and trains.

-Search around at multiple locations and compare prices to get the best exchange rates and maximize the value of your money.