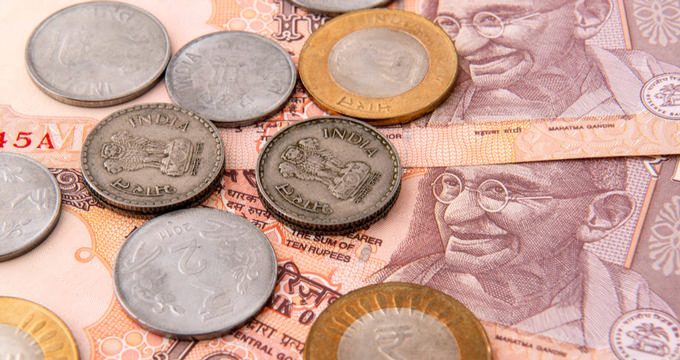 Statistics show that India is becoming one of the world's most increasingly popular touristic destinations, and it's easy to see why. Home to over 1.3 billion people, India is a country with powerful heritage, fascinating history, outstanding cuisine, and truly unique culture. Many people head to India seeking to rejuvenate their spiritual sides and connect with the religious history of this amazing Asian nation. Others explore India in search of new flavors, savors, and sensations to change their lives in amazing ways, while others simply wish to visit key touristic hotspots like the Pink City of Jaipur, the Red Ford of Delhi, the Taj Mahal of Agra, and the iconic Ganges River.

If you’re heading to India to enjoy one or more of the experiences and locations listed above, you’ll need to carefully plan out each aspect of your journey in order to make it as enjoyable and memorable as possible. Planning a trip can seem quite overwhelming at first, but it’s an important part of the vacation process, and all the hard work and research you do now will really pay off when you’re actually on vacation and able to make the most of each day. One big aspect to consider when planning a trip to India is the currency. India has its own official currency with denominations that need to be learned and understood before you arrive in the country. Read on to learn all about the currency of India.

The official currency of India is the rupee. One rupee is made up of 100 paise. The official sign for the Indian rupee is ?, and you may also see the rupee referred to as INR. Like other foreign currencies, the value of an Indian rupee can change and vary over time depending on the markets and exchange rates, but if you want a vague idea of how much a rupee is worth, the latest exchange rates value a single rupee at less than two American cents, meaning that a single United States dollar is worth several dozen rupees.

Coins and Notes in India

Interestingly, the use of coins as currency in India goes back all the way to Ancient India in around the 6th century BC. India was one of the first countries to make use of a coin-based currency systems, and you'll still find coins today in the following denominations:

Historically, many other denominations of coins were used, but due to economic growth, inflation, and other factors, these coins are no longer used. The coins of India are clearly marked with their values and will also feature additional symbols and images like the official emblem of India and more.

Along with coins, you can find notes of the Indian rupee in the following denominations:

Various series of banknotes have been used in India over the years and different denominations have been added and removed from circulation over time. While India was under British colonial rule, the notes featured the portrait of King George VI of the United Kingdom, but when India attained dependence, it was important for new imagery to be introduced. The latest set of Indian rupee banknotes features images of Mahatma Gandhi, the iconic activist and political leader who helped India protest non-violently against British rule and eventually achieve independence.

Using credit cards and debit cards in India is possible, but you can't expect cards to be accepted everywhere. Street vendors and smaller stores won't be able to accept cards, for example, but you will find that most places in India will take cards, so it's a good option for people looking to pay for goods and services in this Asian nation.

However, you should be aware that some banks charge fees for every transaction you make in a foreign country, so it's important to contact your bank in advance and learn about the rules regarding your card before actually using it, as it might be cheaper for you to make use of cash instead.

Using US Dollars or Other Currencies in India

Using US dollars or other currencies in India is not allowed, but it is important to note that India is very strict about its currency. You aren’t actually allowed to take any rupees in or out of the country unless you’re an Indian citizen. There are some rare exceptions to this rule, but in general, 99% of tourists will not be allowed to get any rupees to take into India before they arrive, and if you have any left over at the end, you’ll need to spend them as you won’t be allowed to go home with them either.

Tips for Currency in India

To make the most of your trip to India, check out the following tips and tricks regarding Indian currency.

-Tipping is a big deal in India. Most people will expect tips for absolutely everything and you’ll actually see people actively trying to help you out as often as possible by carrying your bags and performing other little tasks, expecting a tip at the end. This is why it’s vital to have some rupees on hand at all times so you don’t risk upsetting anybody by letting them do something for you and then not having any cash to give them.

-Due to the fact that you can’t take any rupees into India, you don’t need to worry about getting cash converted before you arrive, but it will become a priority when you actually get there, so be sure to find a safe ATM or another place where you can get some rupees.

-Carry rupees on your person while browsing markets or heading off on touristic days out as you never know what you might like to buy and many smaller places won’t take cards.

-Traveler's checks can be used in some locations around India, but you'll find mixed results when trying to use them, so it's best to stick with cards and cash payments.

-Plan out how much cash you intend to spend and don’t convert too much as you won’t be able to take any of those rupees home with you and it can be an extra hassle to get them converted back into your home currency.