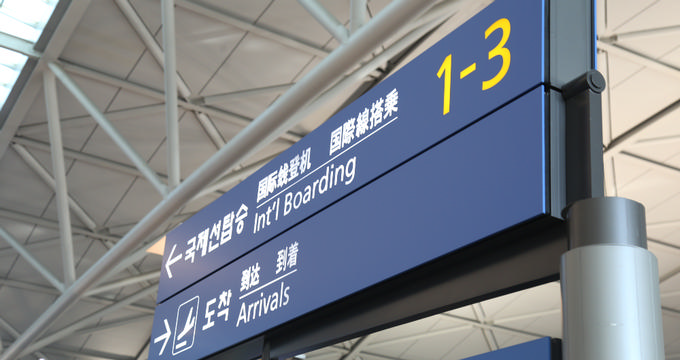 In recent years, South Korea has become one of the most popular touristic destinations not just in Asia, but in the entire world. Known for its unique culture, delicious cuisine, friendly people, and beautiful cities, South Korea is attracting millions of visitors each and every year. If you're planning a trip to South Korea, especially to the South Korean capital city of Seoul, the ICN airport code is one you need to know. The airport code ICN is used for Incheon International Airport in South Korea. CDC information for travelers. Hours/availability may have changed. 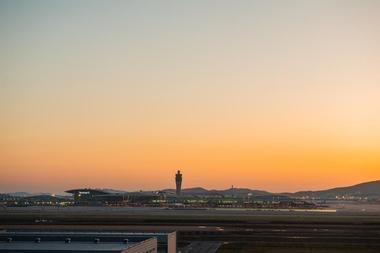 Where is Airport Code ICN?

The address for airport code ICN (Incheon International Airport) is 272 Gonghang-ro, Jung-gu, Incheon, South Korea. A contact phone number for ICN airport is +82 1577 2600 and multilingual operators are standing by to talk to you. 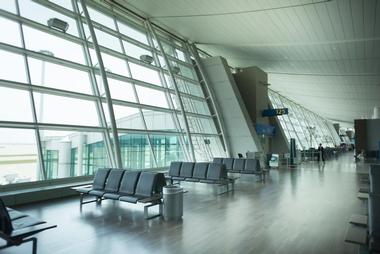 Incheon International Airport is a relatively recent addition to the major airport scene. It wasn't actually built until the 1990s. It was in 1988, with the Seoul Olympics, that the city authorities started to fear that the local Seoul airport, Gimpo International Airport, wouldn't be sufficient for the years to come. The Olympics were a big factor in boosting tourism to Seoul and South Korea in general, and as the air traffic numbers started to rise, it was decided that the city needed a new airport to be built.

A site was originally chosen in Cheongju, which is over 70 miles away from Seoul. Due to this huge distance, it was decided that the Cheongju site wasn't ideal. Another site in Hwaseong was chosen, but this was also later rejected for being too far from Seoul. Eventually, it was decided that the new airport would be built in Incheon. Construction started in the early 1990s and it took a long time for the airport to be built due to the difficult geography in the area. The airport was supposed to open up in 1997 but wasn't ready until 2001. In the years since its opening, Incheon International Airport (ICN) has become one of the busiest and most important airports in the world.

You are reading "ICN Airport Code" Back to Top 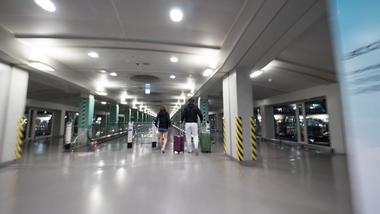 Incheon International Airport is one of the biggest and busiest airports on the planet. It is the largest airport in South Korea in terms of area and is the main airport for the country's capital city of Seoul. ICN airport is also consistently ranked as one of the best airports in the world for passengers to use and visit due to its excellent levels of customer service and many unique facilities like a museum, golf course, spa, ice skating rink, and casino.

Incheon International Airport has been ranked as 'Best Airport Worldwide' for 11 years from 2005-16 by the Airports Council International. Over 60 million passengers travel via ICN airport each year to destinations all around the world, making this airport one of the top 20 busiest on the planet and one of the top 10 busiest in all of Asia. The top destinations to and from Incheon Airport are Hong Kong, Osaka, Bangkok, Tokyo, and Taipei.

You are reading "ICN Airport Code" Back to Top 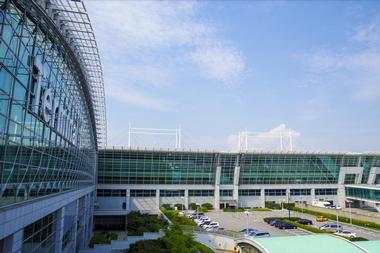 If you need to park a car at Seoul Incheon Airport, you'll have the choice between several different options including full valet service, standard long-term parking, and standard short-term parking. The most expensive parking option at ICN airport is the valet service, but this will be the best option for keeping your car safe and clean at all times. The cheapest parking at Incheon Airport can be found on the long-term economy lots that offer free shuttles over to the terminals.

You are reading "ICN Airport Code this Weekend with Friends" Back to Top or More places to see near me today, Weekend trips 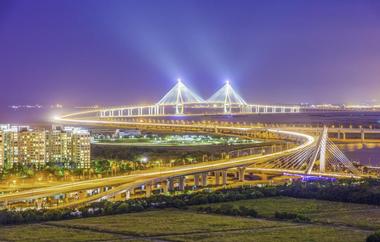 
Getting To and From ICN

There are many different ground transportation options to choose from at ICN airport, so it's quite easy to get to and from this location and into the nearby cities. Most travelers at ICN airport are looking to get into Central Seoul as quickly as possible and tend to make use of the Airport Express trains from the Incheon Airport station. Many different bus companies and routes also operate here. With the trains and buses from ICN airport, you can be in the middle of Seoul in less than an hour.

Since Incheon International Airport is so large, it can seem like quite a challenge to get around. Fortunately, as this airport is ranked as one of the best in the world for passengers, it's no surprise that ICN has its own inter-terminal transportation systems. Free shuttle buses can take you around the various areas of the airport, including Terminal 1, Terminal 2, and the parking lots.

You are reading "ICN Airport Code this Weekend" Back to Top or More places of interest in, Things to do near me 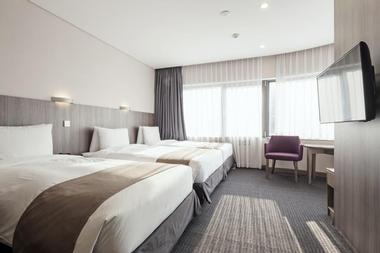 
Incheon Airport has its own hotel, the Incheon Airport Transit Hotel. This hotel is located at 272 Gonghang-ro, Unseo-dong, Jung-gu, Incheon and can be contacted via +82 32 743 3000. It is actually inside one of the terminal buildings and provides quick, direct access to the terminal facilities and check-in areas. This hotel is the most convenient option for travelers at ICN airport, but if you'd like to stay somewhere else, the airport is also served by several other local hotels, many of which provide free shuttles to Terminal 1 and 2. Read on for details on the best hotels near ICN airport.

You are reading "ICN Airport Code" Back to Top or More must do for couples, places to visit this weekend

Jeju Island, in South Korea, is a unique travel destination with many different outdoor permanent attractions. With volcanos, mountains, lava tubs, and tuff cones, adventurers who enjoy the beauty of the natural world will long remember a trip to the island.

Although Jeju Island has been around more than two million years, it wasn’t until it was annexed from the Japanese in 1910 that it settled into its current name (having over ten different names prior to that). During that time, there were massacres on the island and it remains a bloody part of Jeju’s history. Currently, the main source of economy on the island is tourism.

The majority of the permanent attractions at Jeju Island are outdoors, so guests should come prepared with appropriate clothing and comfortable walking/hiking shoes.

One must see attraction on the island is the Manjanggul Lava Tube. This lava tube, a term used to define the naturally formed tube that happens after a lava flow solidifies, is not only the 2nd longest on the island but also the 12th largest in the entire world. It was formed nearly 300,000 years ago and has been perfectly preserved. Manjanggul has three different entrances but only entrance number two is accessible to the general public. The largest bat colony in the country also calls the upper area of entrance number two home, with over 30,000 bats (from the common bent wing species).

Another unique natural formation on Jeju is the Seongsan Ilchulbong, with is locally known as “Sunrise Peak.” Technically a “tuff cone,” formed five thousand years ago from a hydrovolcanic underwater eruption, Sunrise Peak has been said to look like an enormous castle. There are six different rare species of plants on the peak as well - Crypsinus hastatus, Neofinetia falcata, a fern, an orchid, and two different carnivorous plant species. Seongsan Ilchulbong takes around an hour to climb, and there will be admission charged to enter.

Jeju Island is also home to South Korea’s highest mountain, Hallasan. The area surrounding Hallasan has also been designated as a national park and reserve. The mountain itself is also a shield volcano. Historically, the people who live near Hallasan have considered it a spiritual place, as they believe spirits and gods are present there. There are five different hiking trails located around the mountain for guests to explore, however, occasionally some of those trails will be closed to allow the natural vegetation to recover.

Other permanent attractions on the island are the Seongeup Folk Village, the Jeju Teddy Bear Museum, and the O’Sulluc Tea Museum.

For adult visitors, there is also Love Land. Love Land is an outdoor sculpture park that opened in 2004 and features sculptures and other attractions (including some interactive exhibits and phallic stones) that focus on sex and sexual education. The park has more than 140 different sculptures on display. Only guests over the age of 18 will be admitted, although there is an anime themed play area that minors can use while their guardians check out the park. The entire park will take about an hour to view.

There are many special events on Jeju Island throughout the year.

In April, the island is home to the Cherry Blossom Festival. Complete with firework displays, a walking competition, and stunning performances, all with a focus on the indigenous cherry blossom species that bloom during that time on the island.

And at the end of the year, there is the Seongsan Sunrise Festival. The festival is held on the place that has been designated an official World Heritage Site by UNESCO as well as being one of the Seven Wonders of the World (the new list). There are performances by local artists, firework displays, and a rice cake (or tteokguk) sharing event. It is a don’t miss festival while visiting Jeju Island.

Jeju Island is home to a wide range of both fine and casual dining options available to visitors. From regular cafes to traditional Korean food, guests will be able to spend a week on the island without eating the same thing twice. In fact, the top-rated restaurant on Jeju is Indian Kitchen. There are also many shopping areas, from underground malls to tiny local boutiques. Make sure to stop by Dongmun Market, the top-rated shopping area on Jeju.

You are reading "ICN Airport Code " Back to Top