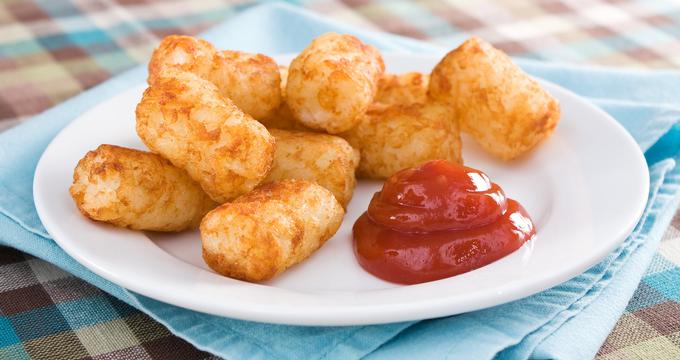 Hardee's Food Systems, Inc. is a fully owned subsidiary of CKE Restaurants Holdings, Inc. or CKE. This popular brand operates a chain of fast food restaurants in over 5,000 locations of the United States. Hardee's was founded by Wilber Hardee in the year 1960, when he opened the first ever Hardee's location in Rocky Mount, North Carolina. After the first establishment, the brand saw a lot of growth as it grew rapidly through franchises and mergers.

The food chain was purchased by Montreal-based Imasco Limited in the year 1981 and, in April 1997, Imasco Limited sold Hardee's to CKE Restaurants Holdings, Inc. for a price of $327 million. Following the merger, CKE started a chain of 3,828 restaurants in 40 states of the US and the brand also started over 500 Carl's Jr. outlets, mainly in the state of California.

Currently headquartered in St. Louis, Missouri, Hardee's primarily operates in the Midwest and Southwestern U.S. Hardee's is one of America's premier burger brands and is popular for its fast foods, including hamburgers, french fries, milkshakes, and more.

CKE Restaurants Holdings, Inc. is the mother brand that owns some of the most popular quick-service restaurant ("QSR") brands like Hardee's, Carl's Jr., Red Burrito, and Green Burrito. The CKE group was founded by Carl Karcher on January 1, 1966, and since its inception, the company has seen rapid growth through acquisitions and brand expansions. Headquartered in Franklin, Tennessee, CKE is a privately held company that owns a total of 3,664 restaurants in 44 states of the US along with 38 foreign countries and US territories as of March 2016. CKE owns a total of 327 Hardee’s and 377 Carl’s Jr. Restaurants in 38 foreign countries as of March 2016.

CKE is a great supporter of US military veterans and their families, as the brand organizes Stars for Heroes, an annual fundraising campaign at its Carl’s Jr. and Hardee’s restaurants. The Stars for Heroes program, which benefits US military veterans and their families, was launched in the year 2011 and has successfully raised almost $5 million since its inception.

Hardee's believes that franchisees are the future of the brand and its rapid expansion is attributable to its numerous franchise operations. The restaurant is constantly inviting new franchise candidates with exceptional records in and around the Mid-Western and Eastern United States to take up franchises from Hardee’s. The application process to become a Hardee's franchisee requires the candidate to get qualified and then apply for registration. Interested candidates can find more information on the Hardee's franchisee prospects on the restaurant's website under “Franchise Opportunities.”

Hardee’s is a rapidly expanding brand that operates and franchises over 1,900 quick-service restaurants in 30 states of the United States. The Hardee's website offers a complete list of all the outlets along with addresses, operating hours, and contact details under the “Locations” or “Find a Hardee’s” options. Customers can enter their city zip code and city or state name to locate the nearest Hardee's in their locality. Selected Hardee’s locations offer food delivery to the doorstep through third party food delivery services like OrderUp.

Hardee’s hours depend on the location or the franchisee's working hours. Most of the locations operate daily from 6:00am to 11:00pm while some locations are open 24 hours daily. Patrons can use the Hardee's website to find an outlet’s hours along with a list of complete details by searching for the location.

The Hardee's menu has been under constant development and innovation since its inception. Hardee's started operation with "charco-broiled" hamburgers, served in a fast service counter and drive-through window setting during the 1960s. Since the restaurant was launched, Hardee’s has created headlines leading to countless number of fans following its mouthwatering culinary inventions;

· In the 1970s the introduction of fresh made-from-scratch biscuits became the most popular menu item and remains a favorite fare even to this day.

· In the 1990s a tasty hamburger named the Frisco Burger made news as patrons instantly popularized this sourdough toast hamburger filled with sliced tomatoes, crispy bacon, and melted cheese.

Hardee's has earned a reputation as the “Pioneer of the Great American Burger” and the brand has consistently outplayed competition with its unique menu plan specifically developed to offer premium quality fares focused on creating an upscale sit-down restaurant atmosphere. In 2003, the introduction of Hardee's hearty selection of Thickburgers made with 100% Angus beef has made Hardee's the pioneer in the fast food industry for taste and quality. Hardee's offers the best-in-class menu items ranging from 100% black Angus beef Thickburgers and made-from-scratch biscuits to malts and hand-scooped ice cream shakes.

Hardee’s offers a standardized menu at all its locations and franchisee locations, which consists of similar menu items like;

· Vegetarian Options - Egg and cheese biscuit, Thickburger, and side salad.

· Side Items - Chips side and refried beans in a tortilla bowl.

Hardee's has posted a detailed guide on allergen information and nutrition information, along with an exclusive ingredient and allergen guide for all food served at its restaurants. The information is posted on the Hardee's website and is available for download.

· Hardee's coupon - Hardee's offers printable free vouchers that are openly available on its website. Patrons are required to print the coupon and take it to the nearest Hardee's location to redeem the discount. The coupons usually offer a free menu item when a combo meal or equivalent menu fares are purchased.

· Gift Card - Hardee's offers gift cards that can be bought for individuals as well as for corporate bulk sales. Gift card holders can check gift card balance and reload the card online on the restaurant’s website.

· $6 Burger on Wheels - Hardee’s food truck offers 6-dollar burgers on wheels, making it an ideal choice for private parties, corporate events, and community gatherings. The food truck needs a prior booking to be able to cater to an event.

The Universal Sea - Art and Innovation to Combat Sea Pollution