Google Voice for iPhone or Android 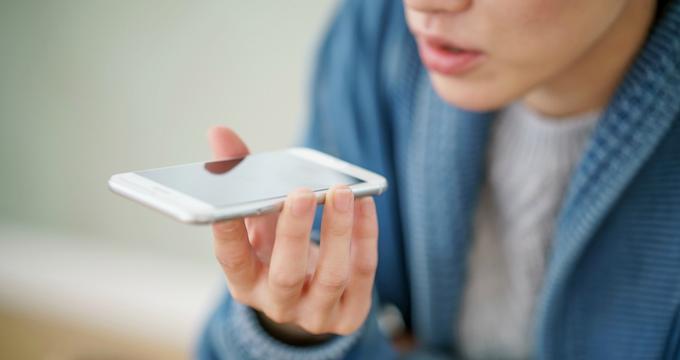 Google Voice is a pretty useful app that lets you make phone calls, send and receive text messages, and manage voicemail using a given Google Voice number. Whether you already have a Google Voice number or want to have one of your own, you can’t go wrong with setting up your Android device or iPhone with the app. Below is a step-by-step guide on how to get it started on your smartphone or tablet.

Google Voice is free. All you have to do is to go to your respective app store and download it. Go to your Google Play Store or iPhone App Store and search for “Google Voice.” It should be pretty easy to find. You’ll also be happy to know that the app is supported on most Android and iOS devices. So, if you’re using something with the latest version of your operating system, then you definitely won’t have any compatibility issues.

Once you’re done, look for the Google Voice icon to get started.

For Android users, tap the Google Voice app to access its welcome screen, where you’ll learn a little more about the app. You will then be allowed to change your default voicemail with Google Voice’s own voicemail feature. Doing this will let you make phone calls as well as send and receive text messages for free.

When prompted, press the Next button and sign in to Google Voice using your Google account. From there, the app will guide you through the setup process.

After that, the app will ask you to set up your voicemail. You’ll be prompted to dial a specific number, which will result in your phone being configured (don’t worry about remembering the digits, just go ahead and click on the given link). From here, you’ll get to choose whether to set your voicemail to use your carrier or Google Voice. It’s recommended that you use Google Voice for your voicemail since the app will give you a transcription of every voicemail you get, allowing you to read through them instead of listening to each one. The transcriptions aren’t always accurate, but they can be handy at times. (Note: If you don’t want to change your voicemail to Google Voice, simply skip this step)

The Android version of Google Voice is really different from its iOS counterpart because it’s integrated into the Android’s operating system. The iOS app, on the other hand, is limited to the app itself. After downloading and installing the iOS version of Google Voice, tap its icon to open it. You will then be asked to sign in with your Google account.

After you’ve signed in, you’ll be prompted to enter your phone number. You can choose to add your phone number so that you can get Google Voice calls via your mobile device. Of course, you can opt not to do so and move on with the setup process.

Next, go to the Google Voice inbox, which is where you’ll find all your text messages and voicemails.

If you haven’t tried it yet, Click2Call is an interesting Google Voice feature. You can use a Wi-Fi or data connection to start phone calls via your phone or computer. This is useful for situations where you have an iPod Touch, iPad, or non-smartphone and you need to make a call using your Google Voice number. The Click2Call function is essentially the solution to making a phone call from a non-smartphone or similar device. So, it’s a feature that’s definitely worth looking into.

Use Google Voice to Your Advantage

Now that you’ve set yourself up with Google Voice, give it a try and learn how to make the most of it. Just make sure that you keep track of your calls – as mentioned before, they still count as calls made through your carrier. Free with Google Voice are the text messages and voicemail. The app is also useful for people who have multiple phone numbers or if you want to contact certain groups of people without giving away your personal phone number (i.e. customers or clients). It’s easy with a single Google Voice number!

How to Cancel Amazon Prime and Get Your Money Back

Getting To and From BWI Airport and Washington DC