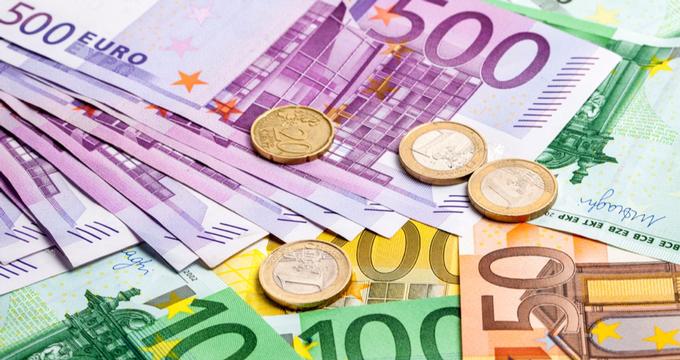 When planning any kind of vacation, you have to think about a lot of different things and take multiple factors into account in order to plan a perfect trip without any issues or worries. One of the main things to think about is money, as many countries have their own currencies, requiring visitors to either make use of card payments or obtain some of the local currency in order to pay for goods and services. CDC information for travelers. Hours/availability may have changed.

If you’re planning a trip to Europe, there’s a good chance you might have to use the euro. The euro is the official currency in 19 different countries, all of which are member states of the European Union. It's one of the most significant currencies in the world, being used by over 300 million people in the 'eurozone', which is the term used to describe the collective group of countries using the euro as their official currency.

The euro is the second biggest reserve currency in the world and the second most-traded currency too. As well as the 19 European Union member states, a few other territories, states, and countries use and accept the euro as currency. The euro as a currency was established in 1999 and started to go into circulation in EU member states in 2002.

How Does The Euro Work?

The euro currency system is quite simple. The symbol for this currency is € and it is listed as EUR on stock markets and currency exchange tables. A single euro is made up of 100 cents, and the euro system involves the use of both coins and notes. All euro coins and notes can be used across the entire eurozone, so you don’t need to have specific euros to use in one specific country. You can take euros from Ireland and use them in Italy, for example.

2.Which Countries Use The Euro 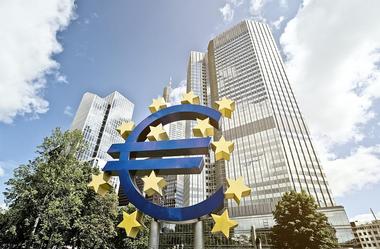 The euro is the official currency is 19 of the European Union member states. These countries are as follows:

As well as the countries listed above, the following European microstates also use the euro as their official currency:

3.The Coins of the Euro 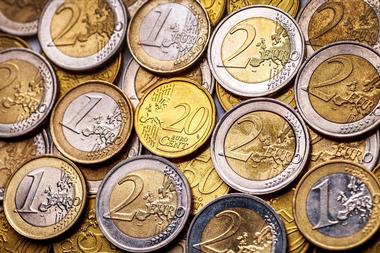 The euro features eight different coins in total of the following values:

These coins are all circular in shape. The smallest three values are copper colored, the middle three values are made of Nordic gold, and the largest two coins feature an outer ring and an inner circle of differing colors.

The 'common side' of the coins shows a map of europe and a number depicting the monetary value of each coin. Meanwhile, the other side of each coin is unique to each country, with different images and figures appearing on each one.

4.The Notes of the Euro 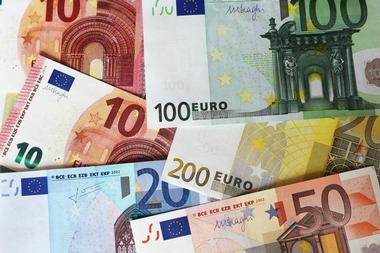 As well as coins, the euro is also broken down into various notes. There are seven notes in circulation at the moment of the following denominations:

As seen in brackets, each note for the euro is of a specific color, so it’s quite easy to tell them apart, even from a distance. As the notes increase in monetary value, their physical dimensions also increase, so the €500 note is significantly larger than the €5 note. The €500 note has actually ceased production, but there are still many of them in circulation.

It’s interesting to note that, unlike the coins of the euro, the notes of the euro are all identical from one country to the next. They're made from cotton fiber and feature pictures of European architecture throughout the ages, as well as a map of Europe. Euro notes also feature highly advanced security features like invisible ink and watermarks. 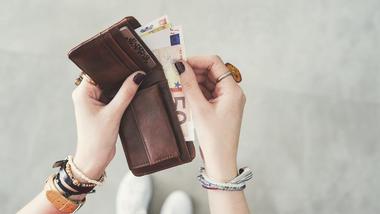 
- You may see prices for euros being presented differently as you roam around Europe and visit different countries. Some will write the price like €10, while others will place the euro symbol after the value like 10€. Some will also use commas, rather than decimal points. For example, you might see €2,50 rather than €2.50.

- The euro replaced many different currencies when it was introduced, including the French franc, the Italian lira, the German Deutsche Mark, the Spanish peseta, the Greek drachma, and the Dutch guilder.

- Interestingly, despite not using the euro as its official currency, the country of Swizterland often accepts euros in restaurants, shops, and other establishments. This is mostly due to convenience, as Switzerland is surrounded on all sides by euro-using nations and has a lot of international visitors crossing over its borders each day.

- Some member states of the European Union, like Denmark and Sweden, chose to retain their own unique currencies rather than switch to the euro.

- When traveling in Europe, card payments can be made in many locations and most countries, but a lot of European locations still prefer to use cash whenever possible. Travelers should try to obtain euros before arriving in their European destination or withdrawing them from ATMs upon arrival to get the best exchange rates.