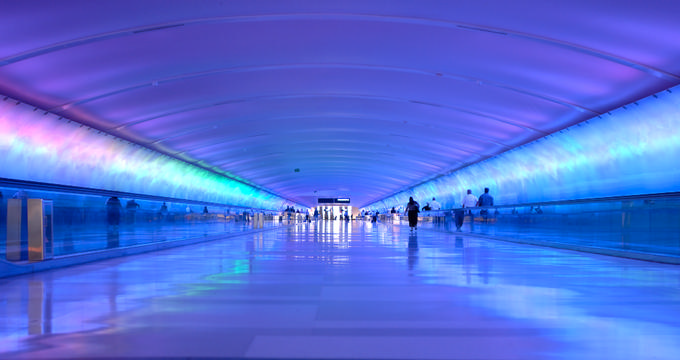 There are literally thousands of different airports all over the globe. These airports, along with the airlines that operate at each one, help to bring people together and make travel so much easier than it ever used to be. The next time you catch a flight, pay close attention to the information on your flight ticket and baggage stickers: you'll notice that each airport is identified by a unique three letter code. These airport codes are always unique to each airport and help to quickly and easily distinguish between them. There are many airport codes in the state of Michigan, but if you're traveling to the state's biggest city, Detroit, you'll only need to know one: DTW. DTW is the airport code for Detroit's main airport, Detroit Metropolitan Wayne County Airport. 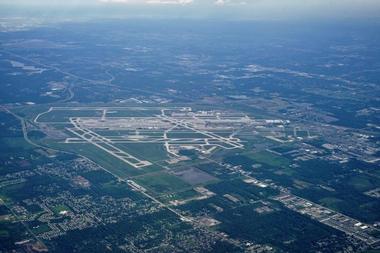 Where is Airport Code DTW?

Airport code DTW designates Detroit Metropolitan Wayne County Airport, which is also more commonly known under simpler names like Detroit Metro or Metro Airport, with some people even simply referring to this airport as DTW. DTW airport is is located in Romulus, which is a Detroit suburb just west of the downtown districts of the city itself.

The address for airport code DTW (Detroit Metropolitan Wayne County Airport) is l-94 exit 198 William Rogell Drive, Detroit, MI 48242. A contact phone number for this airport is 734 247 7678 if you need to call up for general information or flight details. 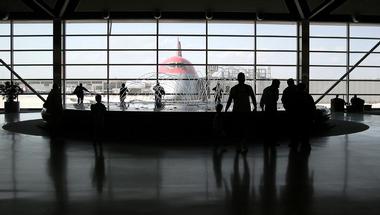 The history of Detroit Metropolitan Airport goes back as far as the 1920s. It was in 1927 that Wayne County started to put plans in place to build a new airport. Construction began a year later and was finished by 1929, with the airport witnessing its first flight in 1930. The airport, like many others during World War II, was under control of the United States Army Air Forces for several years. During this time, it was known as Romulus Field, but was renamed Detroit-Wayne Major Airport after the war.

DTW then became the major airport for the Detroit area, expanding exponentially in a very short space of time. Many major airlines began to operate in and out of DTW airport in the years that followed, including the likes of Pan-Am and Northwest Airlines. The Great Recession of the early 21st century led to many international flight routes from Detroit Metro Airport being canceled, but the airport has started to revive in recent years, with plenty of development and expansion plans in place for the coming years. 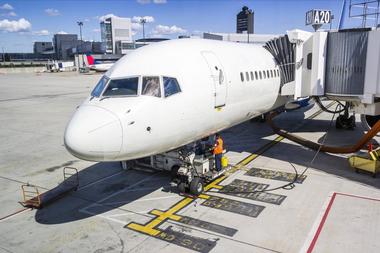 Detroit Metropolitan Airport is one of the biggest airports in Michigan, covering a total area of 4,850 acres. It is the busiest airport in the state and one of the busiest in the whole country, with over 34 million passengers passing through DTW in recent years. The airport is a hub for Delta Air Lines and a focus city for Spirit Airlines, as well as being a major location for many other big airlines. It has also been ranked several times as the best big airport in the United States in terms of passenger satisfaction.

Lots of different airlines operate in and out of Detroit Metro Airport, which is typically in the top 20 busiest airports in the United States. Flights run from DTW to more than 30 international destinations and dozens more all around the United States. The top domestic destinations from Detroit Metro are Atlanta, GA; Orlando, FL; Chicago, IL; Las Vegas, NV; and New York, NY. The top international routes go to Amsterdam, The Netherlands; Paris, France; Frankfurt, Germany; Toronto, Canada; and Seoul, South Korea.

4.Parking and Getting There 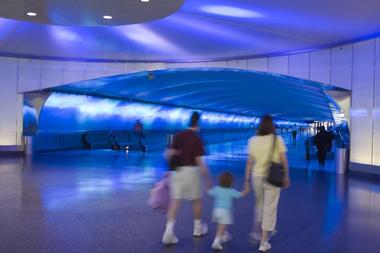 There are various different parking options available at Detroit Airport, with over 18,000 parking spaces in total. Parking is available for both the McNamara Terminal and the North Terminal, with the former having daily, valet, and short-term options and the latter having short-term and daily parking. The cheapest parking option at Detroit Metro Airport can be found at the Green Lot which charges just $12 per day.

Getting To and From DTW

Getting to Detroit Airport is very easy, both by car and public transportation. If you choose to drive to DTW airport, you can use Interstate 94 and take exit 198 onto Merriman Road for easy access to the terminals and various parking lots. If you choose to use public transportation to reach this Detroit airport, you can choose between Michigan Flyer buses, Terminal to Terminal shuttles, SMART buses, and various other options like taxis and ride shares.

Detroit Metropolitan Wayne County Airport has two terminals: McNamara and North. These terminals are over half a mile away from each other, so it can seem like quite a big journey to get around at DTW airport. Fortunately, the airport has its own free shuttle bus service to take you between the terminals. You'll also find the ExpressTram service which can get you around Concourse A in the McNamara Terminal, making it very simple to get around this large airport. 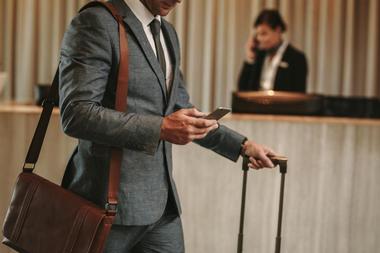 
Detroit Metro Airport has its own on-site hotel: The Westin Detroit Metropolitan Airport. This airport is located at 2501 Worldgateway Pl, Detroit, MI 48242 and can be contacted via the following phone number: 734 942 6500. This hotel is directly connected to Concourse A, offering quick and easy access to the airport and its facilities. The Westin features luxurious rooms, a pool, high speed internet access, a business center, and various other amenities. Many other good hotels can be found in the local area. Read on for details on the best hotels near Detroit Airport.