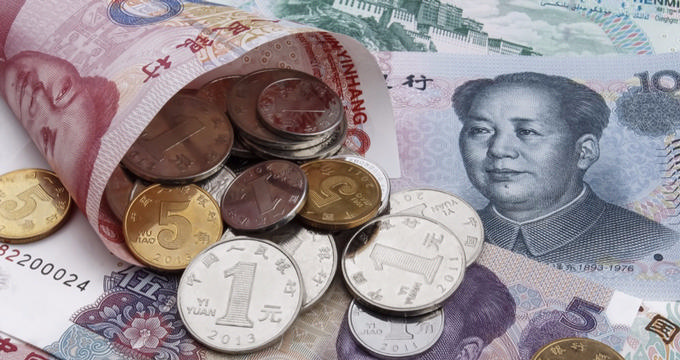 China is becoming an increasingly popular touristic destination as the country enjoys significant growth and development, thereby becoming a more welcoming and accessible location for travelers from all around the world. China is home to some huge cities with a lot to see and do like Shanghai, Chongqing, Hangzhou, and Beijing, as well as being home to some amazing monuments like the Great Wall of China, some outstanding historical sites, some breathtaking temples, and much more. It’s a place with a rich culture, fascinating history, and a lifetime’s worth of sights to see and things to do.

When planning a trip to China or any other foreign country, it’s vital to consider all the different aspects of your trip. You need to focus on the transport, the accommodation, the various activities and attractions you plan on enjoying along the way, and you also need to think about paying for all of that. Each country has its own currency and it’s vital to investigate the currency of the country you plan to visit before you get there so you have at least a basic idea of how the notes and coins work and how people tend to pay for things in general. With that in mind, let’s take a closer look at the system of currency used in China.

It's a similar situation to how the British currency is officially known as 'sterling', but many people call it 'pound' due to the fact that 'pound' is the word used for a unit of sterling. The Chinese renminbi may be referred to as RMB and CNY, and can be signified by the following symbols: ? and ¥. Like other currencies, the value of the renminbi can vary according to the market.

The situation regarding currency is China is further complicated by the fact that different regions have their own words for the currency, with some people referring to the yuan under the name 'kuai'. Another term to be aware of is 'jiao', which is the equivalent of 1/10 of a single yuan. Some areas refer to this value as 'mao', rather than 'jiao', so there are many different terms to be aware of if you really want to become an expert on Chinese currency.

Coins and Notes in China

Due to the vast and swift economic development seen in China in recent decades, the coin and note system of the country can be quite confusing for travelers. This is because many different coins and notes have been issued over the years, but the value of items has risen to a point where many of the smaller coins and notes are simply not worth the hassle of even using.

You'll find coins available ranging from 1 fen (a 'fen' is 1/10 of a jiao) up to 1 yuan, but the 1 yuan coins are the only ones you generally need to worry about as most of the smaller denominations aren't really used and most places simply round up to the closest yuan in their prices. Coins are still used in cities in general, while notes are preferred in smaller towns, villages, and rural locations due to their practicality.

Renminbi notes can be found in the following denominations:

There are also older notes of various 'jiao' values like 5 jiao and 2 jiao, but, as previously mentioned, these values tend to be unnecessary nowadays and so most travelers won’t need to concern themselves with these terms and values. In general, notes are the better option when it comes to Chinese currency and will be used in most transactions in both urban and rural areas.

Like many Asian nations, China is mostly a cash-based society. While Western nations like the United States have adopted and primarily switched to card-based payments, China still prefers to use cash in general. However, cards can be used and are becoming increasingly accepted and common all around the country. In general, you'll find that cards are accepted in hotels, restaurants, and stores in large cities and touristic locations, but as you go out to more rural places, it's less likely that your card will be accepted.

Using US Dollars or Other Currencies in China

Using US dollars in China is not recommended. There are a few rare shops and locations in the big touristic areas that will accept dollars, but they charge premium prices and many people consider these locations simply to be tourist traps in general, so it's much smarter to make use of cards and real Chinese currency.

Tips for Currency in China

To make the most of every single yuan you spend and get top value each time, check out the following top tips:

-As previously mentioned, Chinese people do a lot of their dealings in cash, so it’s important not to head to China with the intention of being too reliant on using your credit or debit card. Be sure to get some cash converted and keep cash on you at all times, especially smaller notes for use on public transport or in small shops and restaurants.

-Investigate the exchange rate before your trip and check around at multiple sources to get the best prices. Some dealers offer way better rates than others, and the sample applies when you head home and need to convert your remaining renminbi back into your normal daily cash, so it’s worth doing your research and making use of conversion tools and sites to get the best deals.

-Traveler's checks may be accepted in some locations, but don't put too much stock in them as they're becoming quite outdated nowadays and many places will refuse to take them.

-Mobile payments are becoming increasingly popular in China through apps and services like Alipay, so this is another payment system you might want to consider.