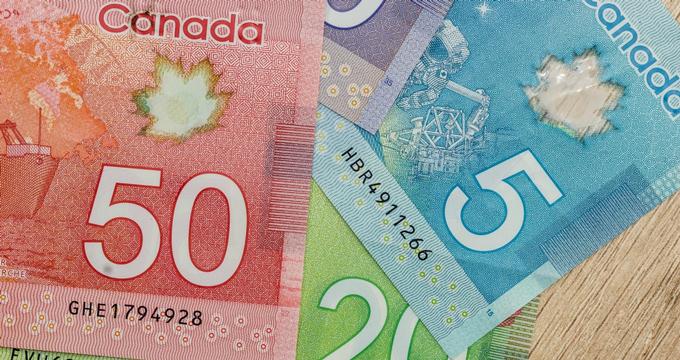 Traveling to Canada? You’re going to need to know a bit about the currency that you’ll be using while you’re there. Canada uses the Canadian dollar, which is symbolized by either CAD or C$. When making purchases in Canada, expect to at least have to pay one type of sales tax per transaction. It’s safer to assume that every purchase is worth at least 15% more than the listed price. Although the tax rates can be lower, it’s better to err on the side of caution. When in doubt, don’t hesitate to ask. 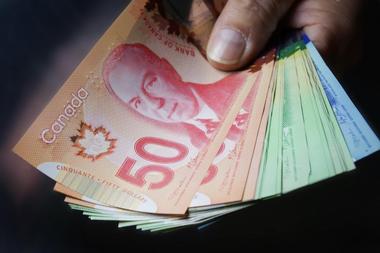 The currency has been known to float as opposed to most major currencies and is pegged at about 70 to 80 cents per one USD as of 2016. In previous years, such as 2009 and 2014, the two currencies were almost on par with each other, with the Canadian dollar just below its U.S. counterpart. During the 1980s and 1990s, however, the CAD was significantly lower. It goes without saying that those who use American currency will find profit when shopping in Canada when the CAD’s value is lower (subject to sales tax). To know the actual exchange rate at the time you’ll be visiting, make sure to check the banks and similar financial institutions. 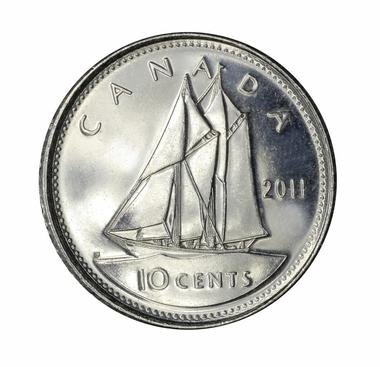 Canadian dollar bills are printed in denominations of 5, 10, 20, 50, and 100. There used to be $1 and $2 bills, but they’ve since been replaced with coins. In contrast to the green and white American dollar bills, Canadian bills are known to be brightly colored – a fact that most Canadians are proud of, on top of having better beer than the Americans.

Canadian dollar bills are also made of polymer bank notes, a change that they made in 2011 to address counterfeiting tactics. The polymer notes tend to be slippery and stick together easily though, so you might have problems stacking those bills.

The $1 and $2 Canadian coins are called the Loonie and Toonie, respectively. This is because the $1 coins have a picture of a loon in them, while the $2 are two-toned.

Aside from those two, they also have the 25 cent quarter, 10 cent dime, 5 cent nickel, and the 1 cent penny. However, use and circulation of the penny has been phased out for a while now. In fact, most purchases have been rounded off to the nearest nickel since 2014. You might want to hold on to any pennies you might have in your possession as a keepsake.

3.Can you use US currency in Canada? 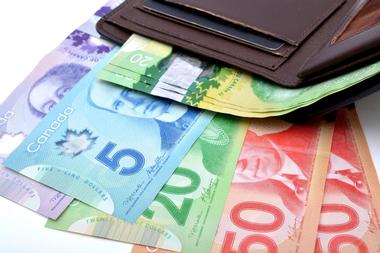 Of course, though not always. It goes without saying that it’s more convenient to use Canada’s own currency since you don’t have to deal with exchange rates and fees. But in some major areas, like border towns and those with major tourist attractions, the U.S. dollar is accepted by most retailers. Rural destinations, however, will require you to produce the local currency, so it’s better to just bring some with you whenever you travel to Canada.

Exchanging currencies – Airports, banks, shopping malls, and border crossings always have currency exchange kiosks where you can buy or sell CAD. Depending on their location, the rates can vary, but they are usually not as favorable as getting your money changed at a bank.

If you’re using debit or credit cards, remember that your bank has its own exchange rates, which is done automatically upon transacting. Keep in mind as well that this exchange rate is on top of the fees for the transaction.


In some cases, it might be cheaper to buy traveler’s checks from your bank instead of bringing Canadian dollars in cash. They’re as good as money and don’t usually involve any additional fees for reimbursements.

One thing to keep in mind is that the cost of traveling to Canada is pretty much the same as in the U.S., especially when considered on a day-to-day basis. This means you can safely stick to your usual spending habits without worrying about accidentally spending more cash than you should.

More importantly, it cannot be stressed enough that it’s always better to have different modes of payment when traveling to another country. Canada is no exception to this, so make sure you’ve got your money in the form of cash, coins, checks, and credit or debit cards. You never know when you’ll need any mode of payment since merchants and retailers might have their own preferences. Being prepared to pay in any method will make your trips a lot more convenient, which is essentially a good thing. 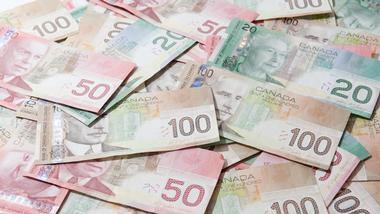 
A good rule of thumb when traveling is to bring a bit of cash and mostly debit and credit cards. Most ATMs across Canada (which are very easy to find) accept these cards, so you don’t need to rely too much on having cash on hand. But you will need some cash for convenience when making small purchases. In case you need to use an ATM machine to withdraw money, make sure you maximize the amount you withdraw to cut down on the withdrawal fees, which you’ll incur for each transaction.

The good thing about credit cards is that they’re arguably the safest and most practical way of carrying money. For one thing, they will ensure you’ll have money to spend in case of emergencies. Most banks will offer good exchange rates and the transaction fees are normally worth the convenience. You’ll also get a record of all your purchases to help you keep track of your expenses during your trip – something we often forget to do, especially when we’re dealing with a currency that’s not our own. Just be careful not to overspend though since, unlike debit cards, credit cards are used as cash advances. It also helps that most, if not all, US and UK Visa and MasterCard brands are honored in Canada.

Atlanta to Savannah Distance: Driving, By Plane, Train or Bus

How Far is San Diego from San Francisco: Driving, By Plane, Train or Bus