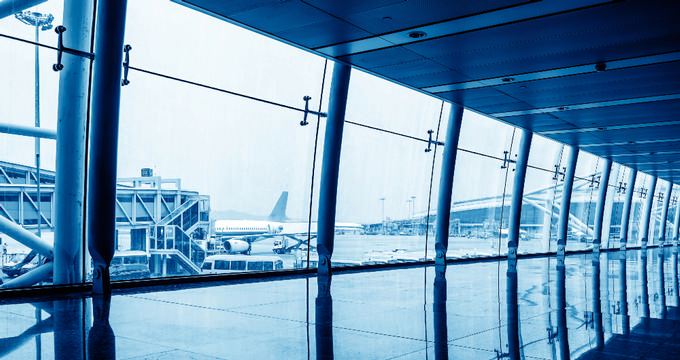 Recent decades have seen huge development in China, with the huge Asian nation swiftly emerging as one of the world's fastest-growing countries. As China develops, more and more people are visiting the country to explore its ancient history and modern marvels, with Guangzhou being one of the country's most visited cities. Home to both natural and manmade landmarks like Baiyun Mountain and the Chimelong Paradise theme park, Guangzhou is a great place to visit for people of all ages. If you're visiting Guangzhou, you'll need to be aware of the IATA airport code CAN. CAN is the airport code for Guangzhou Baiyun International Airport. CDC information for travelers. Hours/availability may have changed. 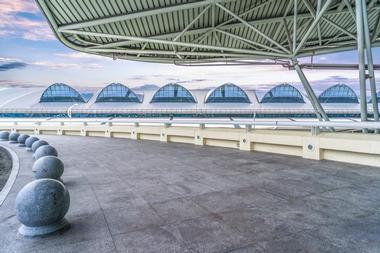 Where is Airport Code CAN?

Airport code CAN, Guangzhou Baiyun International Airport, is located near the city of Guangzhou in the Guangdong province in China. Specifically, CAN airport is located within the Baiyun-Huadu Districts of Guangdong, north of Guangzhou.

2.History of Airport Code CAN 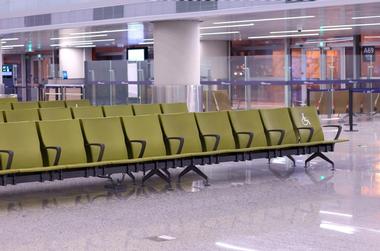 CAN was the main airport for Guangzhou for many decades, but as the city continued to expand, the limitations of this airport were starting to become more and more visible and it was decided that a new airport was needed to handle the increasing passenger traffic. The airport was named in honor of the Baiyun Mountain, which is located nearby, with the word 'Baiyun' translating to 'white clouds' in English. Eventually, plans were put in place for the construction of a new Guangzhou Baiyun International Airport to replace the older one.

The new airport was built in the Baiyun and Huadu Districts and opened up in August of 2004. As soon as the new CAN airport opened, the old one closed down. The old airport has since been converted into a large community space with residences, a shopping mall, parks, and more. Meanwhile, the New Guangzhou Baiyun International Airport has completely replaced its former namesake. The airport is sometimes known to locals as 'New Baiyun' and is much larger and better equipped than the former airport.

You are reading "CAN Airport Code" Back to Top

3.Statistics for Airport Code CAN 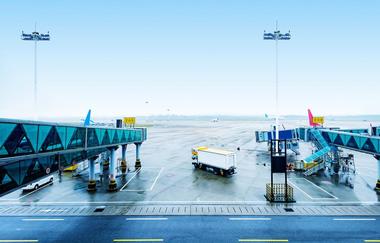 Guangzhou Baiyun International Airport is the main airport for the city of Guangzhou, which is the capital of Guangdong province and one of China's most historically and culturally significant cities. Despite only being a relatively new airport, CAN has already established itself as one of the busiest airports in the world, ranking as the 13th busiest in recent years and the third busiest in all of China. Over 65 million passengers are expected to pass through Guangzou Baiyun International Airport each year. Many different airlines operate at CAN airport to destinations all over the world like the United States, France, United Kingdom, Australia, Canada, Mexico, and more.

You are reading "CAN Airport Code" Back to Top

4.Parking at CAN (CAN Airport Code) 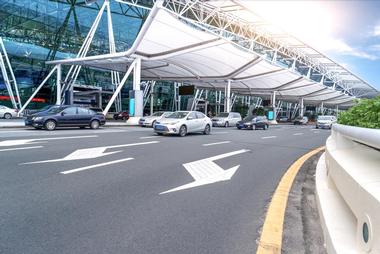 Airport code CAN, Guangzhou Baiyun International Airport, has a lot of different options for parking. Parking lots can be found to the north and south of the terminals, with both covered and open air parking available in both short and long term formats. Parking lot P1 is a good option for collecting international arrivals, while parking lot P2 is a better option for long-term departures. Parking lots P4 and P5 are used for domestic arrivals and departures, while P3 is actually located within a covered garage.

You are reading "CAN Airport Code this Weekend with Friends" Back to Top or More places to see near me today, what to do, weekend trips

5.Getting To and From CAN (CAN Airport Code) 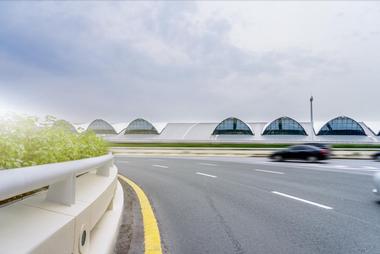 
If you need to get to and from Guangzhou Airport, you'll be happy to hear there are several different options. Plans are in place for rail stations to be added to the two terminals, and there are already two metro stations at CAN airport: Airport South Station and Airport North Station. Both of these stations are served by Guangzhou Metro's Line 3. The airport is also fully served by a selection of different bus routes and services that can take you into Guangzhou or surrounding cities. One of the fastest and most efficient services is the Airport Express Bus which offers six different routes into central Guangzhou. You'll also find plenty of taxis waiting outside the terminal buildings and a trip into the city usually takes less than half an hour.

You are reading "CAN Airport Code this Weekend" Back to Top or Restaurants near me, stuff to do near me

6.Hotels at CAN (CAN Airport Code) 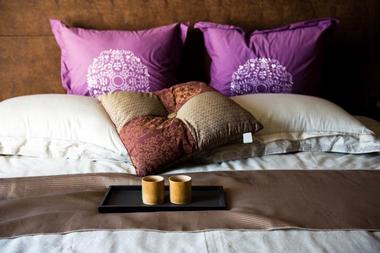 
Guangzhou Baiyun International Airport (CAN) does not yet have its own on-site hotel but is served by a lot of local hotels. Prices at these hotels can vary enormously, with a lot of good budget options available for those who are looking to save some cash and some good upscale brands in the area too. Many hotels near CAN airport offer free shuttle services over to the terminal buildings. Read on for names and contact details of the best hotels near Guangzhou Airport.

You are reading "CAN Airport Code" Back to Top or More must do for couples, what to do near me, places to visit this weekend

Zhangjiajie is China's National Park and is found in the Hunan province. The National Park was the inspiration for the landscape in the movie Avatar and is heralded as one of the most significant national parks on Earth.

Zhangjiajie is made up of over 3,100 quartzite sandstone pillars some reaching more than 2,000 feet into the air, lush forests, and many streams. The park is located in South Central China within the Hunan province.

The Zhangjiajie region is traced back to Neolithic ages with the first human traces appearing 100,000 years ago. The name Zhangjiajie comes from an ancient Chinese legend about a war strategist named Zhang Liang from he Western Han Dynasty. After leaving the imperial court, it is said that Zhang Liang fled to Qingyan mountain where he lived as a hermit with his descendants. Zhang refers to the man while jia means family and jie means border. Qingyan mountain has since been renamed Zhangjiajie Mountain.

70% of the Zhangjiajie population is made up of the Tujia, Bai, and Miao people who still live by and celebrate the traditional Chinese culture of their people. Many people in the city still wear traditional garments and practice folk customs.

The Tujia people are the 6h largest minority in China with a population of over 8 million people. These people are known for their signing and song composition ability. They also still practice the Baishou Dance which has been performed for more than 500 years and contains over 70 ritual gestures.

The Bais people’s population is 1.8 million with most of the population living in communities in the Yunnan Province. The Bais are known for their contributions to advances in meteorology, medical science, literature, the arts, astronomy, and architecture.

The Miao population is nearly 9 million and is one of the largest ethnic minority groups in the southwest provinces. Most of the communities are tightly knit and exclusive to Miao peoples. Their ancient ethnic history dates back over 2,000 years and are known for their folk literature, singing, and dancing.

The Wulingyuan Scenic Area is the main attraction at Zhangjiajie National Park. The area is a UNESCO World Heritage site and is divided up into three distinct areas--Zhangjiajie Forest Park, Tianzi Mountain, and Suoxi Vale. The landmarks span a total of 135 square miles. The area is home to over 3,000 quartz peaks with more than 1/3 reaching more than 650 feet tall. There are also many rare species of trees, plants, and birds that can be found in Zhangjiajie National Park and the Wulingyuan Scenic Area.

Zhangjiajie is more than just China's National Park, it is also a bustling tourist city and features many historical sites and places of interest. Before 1994, the city was named Dayong City. There are 190 square miles of the city total that are dedicated as natural protection zones and are provincial national scenic spots.

Hiking- One of the main activities to do inside of Zhangjiajie National Park is hiking the trails to natural landmarks inside of the park. The landmarks located in the park include:

· Huang Shi Zhai- the highest elevation points in the park reached by climbing a 3,878 steps stairway.

· Kongzhong Tianyuan- A garden planted in the outcrop peaks

· Xianren Qiao- Meaning Bridge of the Immortals, the narrow rock bridge has no railing or guard and spans a deep chasm. There are several viewing areas that can be enjoyed.

· First Bridge of the World- A natural rock bridge that is accessible via a short, easy trail.

· Yupi Feng- The spikey columns are featured on postage stamps of China and look like calligraphy letters hundreds of feet tall.

The Zhangjiajie National Park is known for the amazing cultural festivals that the park and Zhangjiajie City host.

Spring Festival- The most important festival of the calendar year Spring Festival begins on the 30th day of the 12th lunar month. This festival is not to be confused with a New Year’s Eve celebration.

Lantern Festival- The 15th Day of the lunar year first month is when Lantern Festival takes place. It is the most popular festival for tourists. All people in Zhangjiajie gather in the streets where performances such as Lion and Dragon Dance as well as local opera singers will happen.

Torch Festival- The Bai ethnic group celebrates Torch Festival on the 25th day of the 6th lunar month. The festival is a ritual to the God of Fire to eliminate agricultural pests and chase evil from the lands. The ritual involves jumping over torches.

Mid-Autumn Festival- The Tujia people and much of the Chinese celebrate Mid-Autumn festival. The festival celebrates fertility and family. Gifts of gourds are presented to families without children and moon cake is eaten.

Buddha-Bathing Festival- This festival celebrates the birthday of Sakyamuni and is on the 8th day of the 4th lunar month. Statues of Buddha are washed by monks in scented water and offering to Buddha of incense and flowers are made. Captive animals are also set free and monetary offerings are expected to be given to the temples.

You are reading "CAN Airport Code " Back to Top

25 Best Airport Hotels in the World