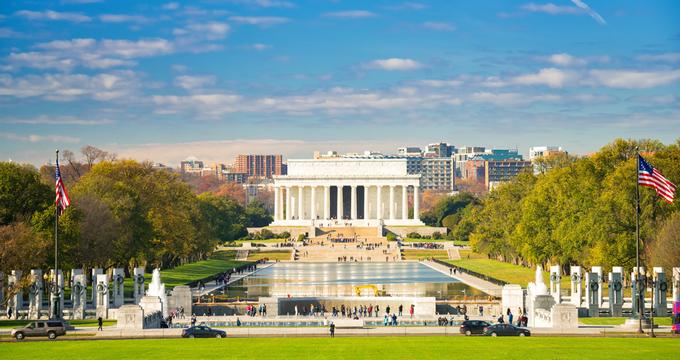 Summer is a busy tourist season in Washington, D.C. Schools are on break and there are so many things to see and do in the nation’s capital. But in addition to the crowds, the heat and humidity can be unbearable for some visitors. The good news is that most buildings are air-conditioned. Winter is cold with occasional snowstorms; but there are no crowds and room rates are low. The best times to visit Washington, D.C. are spring and fall. Between March and May the weather is pleasant and if you time your visit right, you can see the cherry blossoms. September to November is also a good time to visit: the weather is pleasant and the summer crowds have disappeared.

January is Washington D.C.’s coldest month with an average high temperature of 42°F (6°C). The average low temperature is below freezing at 27°F (-3°C).

In February, Washington D.C. experience it’s second coldest month of the year as the average high temperature increases just a tad to 44°F (7°C). Average low temperatures remain in the below freezing range despite increasing a degree to 28°F (-2°C). Additionally, rainfall in February is the lowest in the year at 2 inches (77 mm).

In May, Washington D.C. receives 221 hours of sunshine, which is accompanied by further increases in temperature. The average high temperature increases to 64°F (18°C) while the average low temperature also increase but remains quite cool at 44°F (7°C).

June is the first month of summer and sees temperatures rising into the 80s. The average high temperature is a warm 83°F (28°C). Meanwhile, the average low temperatures increase to 63°F (17°C).

August is the second hottest month in the year at 84°F (29°C) for the average high temperature. The average low temperature decreases to 66°F (19°C). August has the highest precipitation rate of the year with rainfall averaging at 5 inches (124 mm).

In September, temperatures decrease for the first month of fall. The average high and average low temperatures drop to 78°F (26°C) and 59°F (15°C) respectively.

Washington D.C. Weather in November: For the month of November, the average low temperature closes in on freezing temperatures at 38°F (3°C). Meanwhile the average high temperature hovers at 55°F (13°C).

December has seemingly shorter days as the month average just 66 hours of sunshine, which is the least in the year. The average high temperature drops 10 degrees to 45°F (7°C) and the low temperature average sinks to freezing temperatures at 29°F (-2°C).

One of the most beautiful things to see in Washington D.C. are its beloved cherry blossoms. The best time to see these trees are from mid-March through June. To explore the area when there is the least amount of tourists, come in between mid-August and mid-September while congress is still out and the children are back in school. For spectacular public celebrations, come during July as the 4th of July celebrations are great fun to partake in.

2.Getting to Washington, D.C.

If you arrive in Washington, D.C. by plane, there are two airports. The Ronald Reagan Washington National Airport is very close to the city. The Washington Dulles International Airport is 26 miles from the city. But this is a large airport and most international airlines fly into this airport. Amtrak runs trains to Washington, D.C. from New York, Boston, Chicago, and south to Florida and New Orleans. If you arrive by car, there are several routes: the main route is Interstate I-95 and I-495 which is also known as the Capital Beltway. There are several bus companies that serve the city: these are Greyhound, BoltBus, Vamoose Bus, and Megabus. 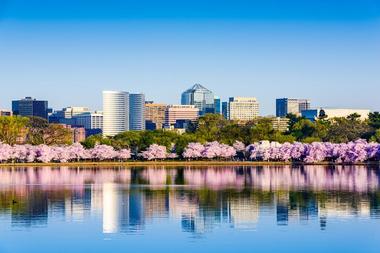 There are several ways to get into the city from both of the airports that serve Washington, D.C. The city’s Metro system is a convenient way to get around: there is a Metro station at the Ronald Reagan Washington National Airport. Metrobuses serve this airport and there are car rental agencies as well. There are also car rental agencies at the Washington Dulles International Airport: shuttles take visitors from outside the baggage claim area to the car rental lots. The Washington Flyer Express Bus runs between the airport and a Metro station at West Falls Church; then you can take the Metro into the city. Another choice is the Metrobus that takes you from Dulles to the city center. 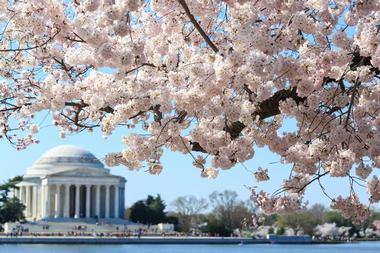 The official tourism office of Washington, D.C. is called Destination D.C. It is located on Seventh Street NW. Their “Washington, D.C. Visitors Guide” can be ordered or downloaded from their website: this can be done before your visit to help you plan your stay. At the Destination D.C. visitor center, friendly and professional staff members can help visitors with question such as where to stay, where to eat, where to shop, what to see and do, how to navigate the city, and much more. There are also information kiosks at popular tourist destinations like the White House Visitor Center and the Smithsonian Information Center.

5.Getting Around by Bus, Metro


Washington, D.C. offers a variety of ways to get around during your visit. The Metropolitan Area Transit Authority’s public transportation system is one of the best in the country: it is made up of the Metro system and buses and gets visitors to places all around the city, especially to the main attractions. There are six color-coded Metro lines that go around the city and out to places in Virginia and Maryland. Fares depend on the time of day you travel: rush hour fares are more expensive than non-rush hour fares. The SmartTrip card is a plastic reloadable ticket that helps you save money on this public transportation system.

6.Getting Around on foot, by Taxi, Car and Bike


Walking is the best way to explore any of Washington, D.C.’s many neighborhoods. This is the best way to see attractions around the National Mall and also Georgetown. Another way to get around the city is by taxi. There are many taxis in Washington, D.C.: they are easily found in front of major hotels and attractions. Driving in the city can be a real challenge: the traffic can be extremely congested at times; parking is expensive; drivers are impatient; and the layout of the streets can be confusing. Capital BikeShare is the city’s shared bike program: it is the largest such program in the country. There are 57 miles of bike lanes and bike paths through Rock Creek Park. 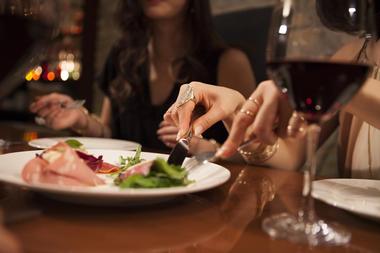 Washington, D.C. has more than 2,000 restaurants from which to choose, so it is easy to find a place that will serve whatever you are hungry for. Citizens tend to eat out frequently, so finding a table can be difficult at the most popular restaurants: it is highly recommended that you make a reservation at some restaurants, especially upscale fine dining restaurants with celebrity chefs. Washington, D.C. is also known for its casual dining spots and the food here is often as good as at the higher priced restaurants. There are many immigrants who live in Washington, D.C., so restaurants that serve ethnic cuisine are scattered all over the city. 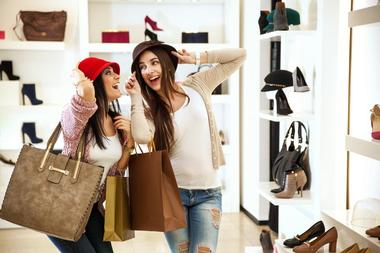 Washington, D.C. offers many places to shop, from boutiques to gift shops to shopping centers and malls. Some of the best shopping areas are Union Station which is a historic landmark with more than 100 shops; Penn Quarter is a central shopping area with jewelry stores, museum shops with unique gifts, and national brand chain stores; and the Adams Morgan area is known for its great shopping from unique collectible stores to unusual secondhand bookshops. But the best shopping area is in Georgetown. Although it can be crowded and parking can be nearly impossible, it is still worth shopping here. There are many chain stores, thrift shops, chic boutiques, and one-of-a-kind shops. 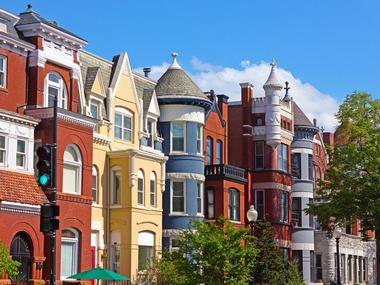 What to do near my location downtown at night in winter, summer, romantic getaways, wedding venues, parks near me: NC, NM, ME, VegasFrom LA, Hot Springs, Midwest , KY, Dream vacation spots 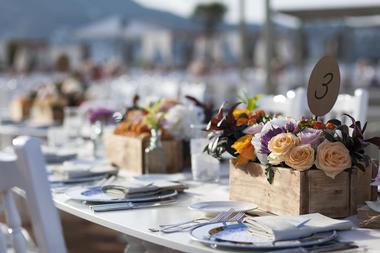 Washington, D.C. it an exciting place to have a wedding: there are many locations with stunning views. A marriage license can be obtained at the Marriage Bureau in the Moultrie Courthouse. There are venues both within the city and in the nearby surrounding areas. Hotel wedding venues include the W Washington DC Hotel, the Watergate Hotel, and more. The Sequoia is a wedding venue located in Georgetown: it has amazing views overlooking the Kennedy Center, the Watergate Hotel, and the Potomac River. Pinstripes is an indoor and outdoor wedding venue that can accommodate up to 600 people. If you are interested in getting married on the Potomac River, the Spirit of Washington hosts weddings with up to 300 guests. 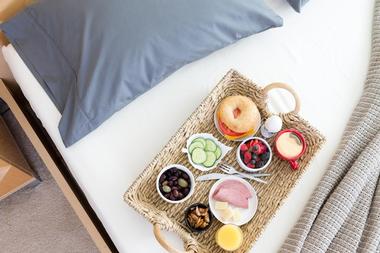 Accommodations in Washington, D.C. range from luxury properties to boutique hotels, bed and breakfasts and inns, and family-friendly budget hotels. Luxury hotels include the Jefferson Washington DC, the Hay-Adams, the Four Seasons Hotel Washington DC, the Ritz-Carlton Georgetown, and the Mandarin Oriental Washington DC. Some of the moderately priced hotels include the American Guest House and the Normandy Hotel in the Adams Morgan area; the Helix and the Madera in the Dupont Circle area; and the Capitol Hill Hotel and the Phoenix Park Hotel on Capitol Hill. The least expensive hotels will be found outside of the capital in suburban Maryland and Virginia.