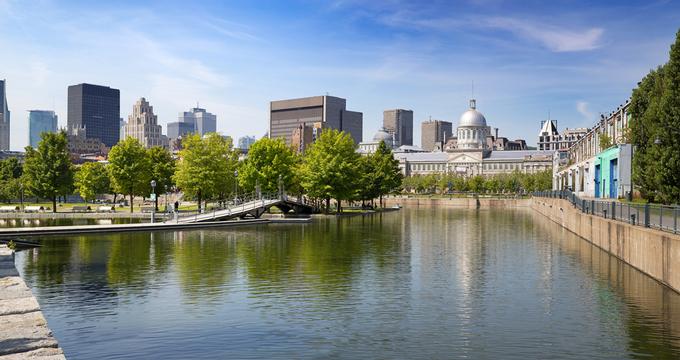 Summer is considered the best time to visit Montreal because it is the warmest season. The city can be very crowded in summer because schools are on breaks and there are many festivals and events; room rates are at their highest. Montreal is very cold in the winter, but it is full of heated underground passages and room rates are much lower. Visiting the city during the spring months between March and May is a good choice - there are fewer crowds; the weather is cool but pleasant; and hotel rates are affordable. This is the same for the fall months between September and November, another good time to visit Montreal. CDC information for travelers. Hours/availability may have changed.

Montreal Weather in January: Montreal experiences a bone chilling month in January, the coldest month of the year, with the average high temperature at 25°F (-4°C). Low temperature averages are also incredibly cold at 7°F (-14°C).

In February, the high temperature average remains the same at 25°F (-4°C) though the average low temperature rises a few degrees to 10°F (-12°C).

March, on the other hand, sees a sharp increase in temperatures with the average high temperature rising quickly to 36°F (2°C). The low temperature average increases over ten degrees to 21°F (-6°C). March is also the driest month of the year with only 60mm for the precipitation average.

In April, the climate warms up rapidly with the high temperatures making a steep climb to 52°F (11°C). The low temperature also increases rapidly to 34°F (1°C).

Montreal Weather in May: While the May remains a relatively dry month, the average precipitation level increases slightly from the previous two months to 70mm. The average high and average low temperatures range between 66°F (19°C) and 46°F (8°C).

July is the hottest month of the year in Montreal with the average high temperature peaking at 79°F (26°C). Similarly, the average low temperature increases to 61°F (16°C).

Montreal Weather in August: Rainy days come to Montreal in August with an average precipitation rate of 100mm. The average high temperature and the average low temperature are 81°F (27°C) and 57°F (14°C) respectively.

September welcomes the arrival of autumn along with cooler climates. The high temperature decreases significantly to 73°F (23°C). The low temperature is 48°F (9°C).

There’s always something to enjoy in Montreal no matter what time of the year you plan your visit. For the best hotel rates and the beautiful spring environment, the best time to visit Montreal is during the month of March. Sightseeing and festivals in Montreal is best enjoyed during the summer months of June through August with huge activities like the Formula One Grand Prix and Montreal Pride taking place. While winters in Montreal can get quite brutal, the winter activities make it all the better with ice skating, skiing and snowboarding the best during this time. This is also when the hockey season begins which brings an electrifying atmosphere to the sports community of Montreal.

2.Getting to Montreal, Canada

There are several ways to get to Montreal. If you arrive by airplane, you will fly into the Montreal-Trudeau International Airport, one of the most important Canadian airports. There are more than 40 airlines from 130 international destinations that serve this airport. It is located about 20 minutes from downtown. VIA Rail Canada is the country’s train system: it serves more than 450 cities in Canada, so it’s easy to arrive at Montreal’s Central Station by train. Amtrak runs trains from several cities in the United States to Montreal. Arriving by car, you’ll have many choices of expressways including the Trans-Canada Highway. Many Canadian and American companies operate buses that arrive at Montreal’s Bus Central Station.

3.Getting From the Montreal Airport 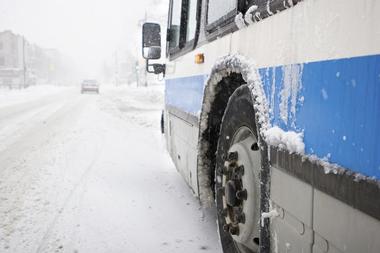 To get from the Montreal-Trudeau International Airport into downtown Montreal, you will have several options. There are numerous car rental agencies if you are interested in getting to the city from the airport by car, and then using the car to get around the city. One of the best ways to get from the airport into the city is the 747 Express bus line. It runs 24 hours a day, seven days a week, 365 days a year, and is very affordable. It stops at nine downtown locations conveniently located near major hotels and takes about 30 minutes. There are also shuttles and taxis at the airport. 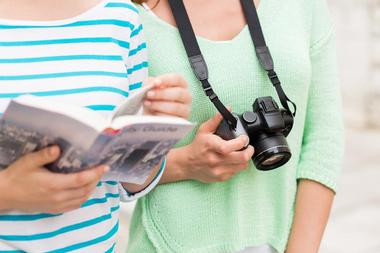 Once you arrive in Montreal, your best source of visitor information will be the Centre Infotouriste de Montreal, or the Tourist Information Center of Montreal, run by Tourisme Quebec. The office is conveniently located at the corner of Peal and Sainte-Catherine Streets in downtown Montreal and is open all year long. Experienced staff will help you with important questions like where to stay, what to see and do, where to eat, where to shop, and the best ways to get around the city. On site there are tours and tour bus companies such as Gray Line of Montreal, Coach Canada, and Double Decker. There is also a car rental agency on site.


Montreal has an excellent public transportation system and this is a great way to get around the city. The Societe de transport de Montreal (STM) operates Montreal’s Metro system. This is a fast and inexpensive way to travel around Montreal. Metro stations are marked on the street with blue and white signs with a downward pointing arrow. There are single fares or you can buy ten tickets at a small discount. There are one day and three day passes that are good for the Metro system and also for the buses. The fares for the buses are the same as the Metro and you can use Metro tickets on the buses. Some visitors prefer buses because of the views.

6.Getting Around Montreal by bike 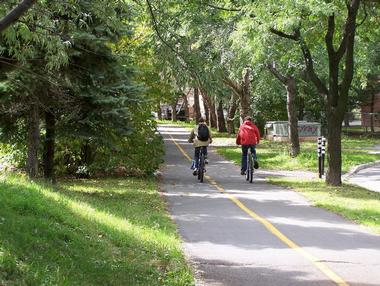 
Montreal is known as a bicycle-friendly city and people love to ride their bikes here. In addition to bike paths for recreation, there are many designated bike lanes in the city making this a great form of transportation in Montreal. BIXI is the name of Montreal’s self-service bicycle rental program. Begun in 2009, the system has more than 5,000 bikes and 400 docking stations. Users can pick up a bike at any of the docking stations and, after using the bike, they can return it to any docking station. There are one year and 30 day subscriptions, but visitors can use the system for 24 hours and borrow bikes as often as they like during that time period.

7.Getting Around Montreal On foot, Taxi, Car 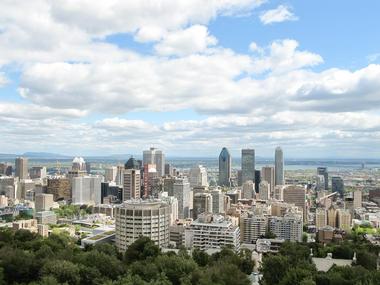 Montreal has a great public transportation system, but there are other ways to get around the city. Montreal is a very walkable city: sights are often close to each other, and if your feet get tired and you need a rest, either jump on the Metro or sit down at an outdoor cafe and have a cafe du lait. The city is actually quite large, but its neighborhoods are easy to explore on foot, especially Vieux-Montreal, Montreal’s old city where many of its attractions are found. Taxis are great if you are in a hurry or if you’re not sure where you’re going. Driving a car is not the best options: gas is expensive and parking is scarce. 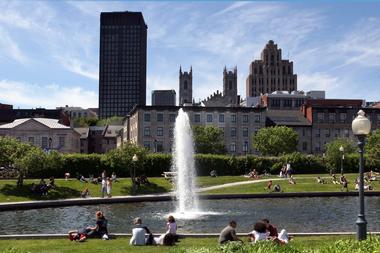 Montreal is not only a French-speaking city: it is a French cuisine city. The food in Montreal is often reminiscent of food in Paris with dishes like foie gras and charcuterie plates. Montreal chefs like to use high quality local produce like cheeses, pork, and duck. There are fine dining restaurants with white linen table clothes and more casual but upscale bistros. One good dining option is the table d’hote meals: these are fixed price menus that are usually made up of three or four courses. Restaurants in all price ranges generally offer these fixed price menus and they are probably your best bet for an affordable meal. 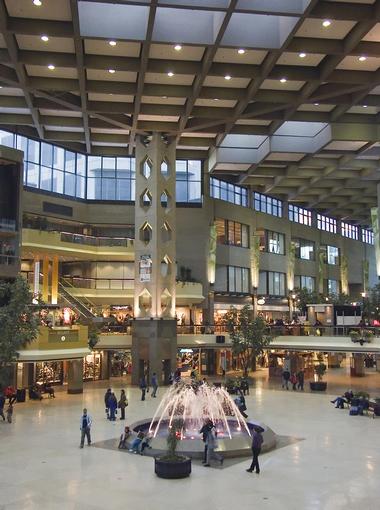 In Montreal, shopping is almost as important as eating! Many local residents are descendants of French ancestors, so looking good and having good taste is in their genes. Montreal has a lively fashion industry that dates the whole way back to the fur and leather trading days hundreds of years ago. Some of the best buys in Montreal include high fashion, furs, leather, and other clothes and accessories. Country furniture and 19th and early 20th century Canadian Inuit sculptures are popular items to buy. There are less expensive local items for sale such as arts and crafts like drawings and quilts handmade by local Native Americans. 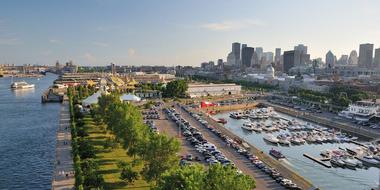 Montreal is a large city and is made up of several interesting neighborhoods that visitors can enjoy exploring. Downtown Montreal is the city’s business hub with expensive hotels and restaurants and McGill University. Vieux-Montreal, or Old Montreal, is located just southwest of the downtown area: this is where the city was originally founded in 1642 and this is the most popular tourist area. The streets are cobblestone; the buildings are historic; there are street performers; many boutique hotels, galleries, and souvenir shops are found here; and there are many sidewalk cafes. Mont-Royal, or Royal Mountain, is a huge park not unlike Manhattan’s Central Park. Other neighborhoods include the Golden Square Mile, Rue Crescent, and more.

11.Getting Married in Montreal 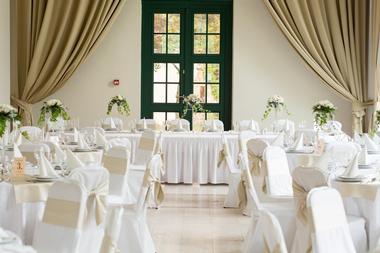 With its historic areas and its river, Montreal is a popular place for weddings. Hotel wedding venues include the Ritz-Carlton Montreal, the InterContinental Montreal, Le Saint-Sulpice Hotel Montreal, the Montreal Marriott Chateau Champlain, W Montreal, and many more. There are several excellent locations for outdoor weddings including the Jean-Drapeau Park, the rooftop terrace of the Auberge du Vieux-Port with its stunning views of the Saint Lawrence River, the Grand Isle Lake House, and many others. La Maison Pierre du Calvet offers an indoor garden and terrace as well as fantastic food and wine. Other wedding venues include the Windsor Ballrooms Montreal, Espace Reunion, and the Snow Farm Vineyard.

12.Where to Stay in Montreal 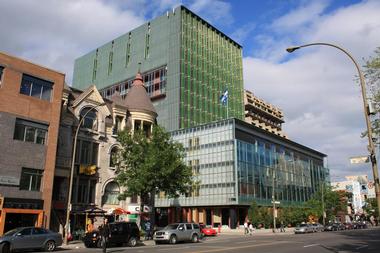 Montreal is a large city and offers a wide range of accommodations from which to choose. There are luxury properties, hotel chains, bed and breakfasts and inns, and budget and family-friendly hotels. Luxury hotel properties include the Ritz-Carlton Montreal, the Hotel Le St. James, Hotel Nelligan, the Sofitel Montreal Golden Mile, and many others. Many visitors choose to stay in Vieux-Montreal, Old Montreal: here there are old historic buildings that have been restored and converted into hotels. Many of the bed and breakfasts in Montreal area hosted by local owners. Boutique hotels are also popular and can be found here and there throughout Montreal. Next read: 22 Best Things to Do in Montreal, Canada

23 Best Places to See the Northern Lights in Canada

10 Great Places for Dessert in Toronto

22 Best Things to Do in Quebec City, Canada