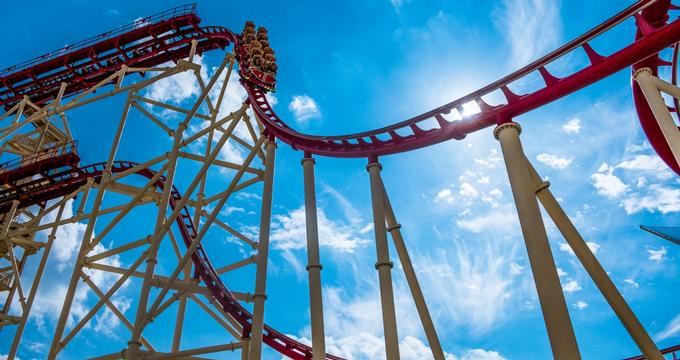 Disney Parks was the go-to destination in North America for many years, but when Universal came along, people had something else to consider when they wanted to go somewhere for fun rides with the family. With all its animated characters, wonderful set design, and beautiful soundtracks, the innovations of Universal Parks came to life and have made them a worthy attraction to theme park lovers out there. CDC information for travelers. Hours/availability may have changed. 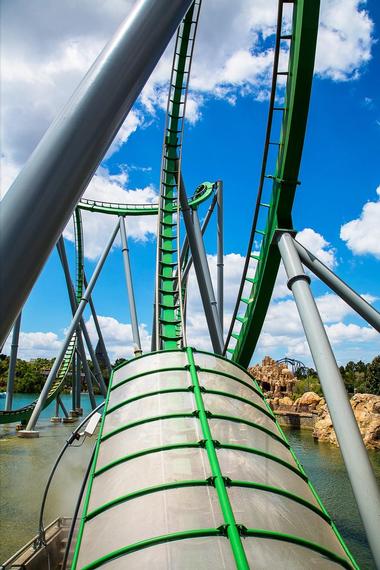 Many of these attractions are in fact so stunning that they’ve not only competed with the rides over at Disney Parks, but they have been found to be better than them. Here are some of the best rides you will find at Universal Orlando. While the park does offer a wide selection of attractions, these are at least the ones you simply can’t miss out on if you happen to be in Florida.

Note: You’re going to want to set aside two days for these attractions just so that you can make the most of each one. Plan your trip well, so that you go there at the best times and possibly with discounts. Things to Do in Orlando 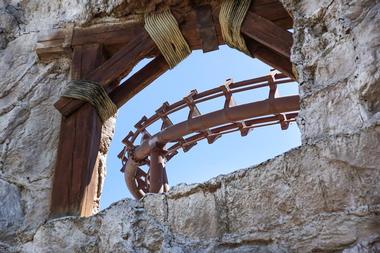 Amazing Adventures of Spider-Man – You’ll find this at Marvel Super Hero Island in the Islands of Adventure. It debuted way back in 1999 and was considered a revolutionary attraction at the time thanks to its roving motion base vehicle that made the 3D projected scenes seem as realistic as possible. The ride is riddled with all kinds of high-tech imagery, giving tourists a high-definition visual experience throughout the ride.

Despicable Me: Minion Mayhem –This one features the slapstick humor that the Despicable Me films are known for. Officially the third attraction ever released in the park’s ridefilm theater, Minion Mayhem is just unapologetically funny, and the experience is simply of great quality thanks to the high-definition tech and the beautiful story that riders are treated to. This is likely to be a personal favorite for kids of all ages.

Harry Potter and the Escape from Gringotts – This is the first of the Harry Potter themed rides in the list, and you can find it at the park’s Diagon Alley. It is in fact that centerpiece of the Wizarding World of Harry Potter and it treats tourists to a roller coaster adventure through the magical Gringotts Bank from the story. It’s got dragons, vaults, and even Voldemort himself. The best part is that you get to enjoy the experience with Harry, Ron, and Hermione tagging along for the ride.

Harry Potter and the Forbidden Journey – This is the next one from the magical series. It’s located at Hogsmeade at Islands of Adventure in the Wizarding World of Harry Potter. This is not only one of the best Harry Potter themed attractions but is arguably one of the best in Universal Orlando and even among all park rides in North America as well. The ride’s detail and remarkable portrayal of the wizarding world has touched the hearts of Harry Potter fans since it was established in 2010. It takes you through Quidditch matches, Hogwarts Castle, and even face to face with Death Eaters.

Hogwarts Express – This delight can also be found in Universal Studios Florida’s Diagon Alley, and it takes you back and forth from Hogsmeade to London in the same way that the young wizards did in the book. Featuring a full train ride with some magical events along the way, Potter fans will want to keep an eye out for interesting sights as they take the train ride to Hogsmeade and back. It may not be as adrenaline-filled as the other Harry Potter rides, but it has a charm of its own. 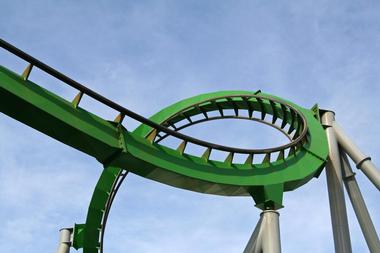 The Incredible Hulk – This one is also found at Marvel Super Hero Island (the same location as the Amazing Spiderman). And while the ride doesn’t really offer much of a story, it makes up for it with lots and lots of action in the “Gamma Force Accelerator.” Passengers are in for a thrilling ride as they experience the moments just before the ride “takes off.” The ride can be so intense that it’s definitely not for the faint hearted.

Transformers: The Ride 3D – With same amazing tech used to create the Spiderman attraction, Transformers will take its passengers on a wild and breathtaking experience as they join the Autobots in the plight to save the world. They’ll be going through scenes and effects that give justice to the intense moments moviegoers are always in for in every Michael Bay film.

Revenge of the Mummy – This roving motion ride combines high-tech animatronics and special effects to create a breathtaking roller coaster experience for anyone who wants to experience the psychological thrill ride of their life. It’s hard to say much about this ride without revealing any spoilers in the story, so you’re going to have to trust the countless patrons who enjoyed this ride from beginning to end.

Race Through New York Starring Jimmy Fallon – This 4D motion simulator ride is located in Universal Studios Florida and it puts everyone in the driver’s seat next to the Tonight Show’s host as he takes you on an incredibly funny car ride through New York. While it’s not as action packed as the other rides, it does have an engaging experience since you get to know what it’s like to tour Times Square, see the Statue of Liberty, and go under the East River with Jimmy Fallon.

Men in Black Alien Attack – Fan of shoot-em-up attractions? This one’s for you. Here, patrons are “recruited” to shoot alien invaders on a wild ride through a perfectly crafted depiction of New York during the ‘60s. The gameplay is a lot of fun, even for those who aren’t into sci-fi films.

Universal Orlando has an endless list of attractions, and there will be more to come. Make sure you include these on your itinerary, so you know how amazing the theme park can be even though it’s not Disney!

You are reading "Best Rides at Universal Orlando" Back to Top

Long weekend getaways with friends near you, weather, best small towns, what should I do in for couples, cheap, with friends, nearby, open now, tonight, fun things to do near me: WA, Charleston, New England, Cleveland, San Diego

Universal Pictures is one of the biggest film companies in the world. The studio has been around for a long time, during which it’s created a very impressive library of movies. The company has earned millions of dollars from making such blockbusters as Pacific Rim, Jurassic Park, Insidious, Fifty Shades of Grey, and many more others.

With so many amazing achievements under the belt, Universal has something to offer for everybody. In addition to making loads of movies every year, Universal Studios also likes to keep busy by running several theme parks. Universal Studios Florida, Islands of Adventure, and Volcano Bay are theme parks that attract a plethora of tourists excited to step into their favorite fictional worlds.

Access to the rides is free only for those who stay on-site at certain Universal hotels. Everyone else must pay an admission fee in order to get to enjoy the theme park experience. What that means is that those people usually end up spending a lot of time in the line to get the tickets.

Fortunately, there’s a way of avoiding all that hassle. We’re talking about Universal fast passes, which are available for anyone who wants to avoid standing in line. With a Universal fast pass in your pocket, you will be able to skip ahead to the fun part. The bad news is that tickets for these theme parks aren’t cheap. Still, considering how awesome they are, it’s definitely worth paying for access.

What exactly is Universal Express Pass?

This pass can be used to skip lines at most of the attractions found at Universal Studios Florida and Islands of Adventure. A fast pass for Volcano Bay is also available but must be purchased separately. Fast passes can be purchased online ahead of time but are also available on site at eligible theme parks.

How Does the Fast Pass Work?

Universal theme parks have separate queues just for Express Pass holders. Anyone who owns such a pass just needs to show it to the ride attendant who will then scan the card and let them through. There is still a bit of waiting involved but express queues tend to move much faster than regular lines. On average, the waiting time is limited to about 5 to 10 minutes at the most.

It’s also worth mentioning that all members of a party need to have their own Universal Express Pass as these are not group passes! Instead, they are linked to a specific individual, which means that it’s not possible to transfer a fast pass to another person. What this means is that if you decide not to go to a theme park, you won’t be able to resell it or give it to someone else as a gift.

Although express queues are much faster than regular lines, there is a way of speeding up the process even more. The single rider lines are the fastest queues available at theme parks but come with a tiny caveat.

Just as their name indicates, they require the party to split up once the ride starts. Groups can try to remain together during queues but will often have to separate as each person is assigned the next empty seat available.

Single rider lines drastically reduce waiting times, which is obviously great for those who have been on the ride before. But it might not be ideal for newcomers who would like to get properly introduced to the theme of the ride.

However, those who have already gone through the introductory part will probably want to skip it. Instead, their choice would be the queue that can get them on the ride as fast as possible. Whether that’s the express pass line or the single rider line, it’s up to each visitor.

How Much Does Universal Express Cost?

Fast pass prices can vary depending on a number of factors. As mentioned earlier, there is actually a way to get a fast pass for free. Well, sort of. Visitors who are staying at certain Universal hotels will gain free access to Universal Express. However, you should be aware that booking one of these hotels is definitely not cheap.

Universal Express Unlimited is being offered by the following hotels:

Hotel prices are calculated based on expected crowds. This means that the rates are not the same throughout the year. Sometimes it seems quite afforable to book a room in one of the hotels in the park. But, in most cases, a much cheaper alternative is to stay someplace else. If the latter is your choice, you will have to buy a fast pass separately.

Anyone not planning to stay at one of the Universal hotels will need to purchase a fast pass in order to reap the benefits. In the same manner the hotel rates change, the cost of an express pass can vary from one day to the another. Again, it all depends on how many people want to get in.

Because of all this, it’s worth doing a bit of research ahead of time in order to figure out which option would be the most cost-effective. For example, if you would like to save some money, you should probably stay away from Universal theme parks on weekends. This is because that’s when most people decide to have some fun.

You are reading "Best Rides at Universal Orlando " Back to Top