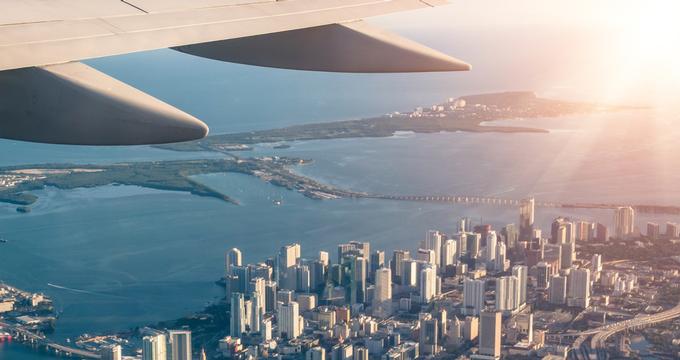 Are you the type who flies around all the time? Then you’re probably thinking about signing up for a frequent flyer program. Since you’re flying a lot, you’re more likely to get lots of points which will allow you to enjoy their rewards. In some cases, you get to enjoy special benefits like access to exclusive lounges, chances to upgrade your seat, and other things that could really make your flying experience so much better!

But not all frequent flyer programs are created equal though. So you’re going to have to choose between the different ones that are offered by different airlines in the U.S. If you’re a veteran flyer, then you’ve probably signed up for one already. But if you’re still choosing, take some time to look at this list - you might find something that interests you.

If you’re flying to Alaska and to many of the West Coast cities like Portland, Oregon, or Seattle, then you might want to consider signing up with Alaska Airlines. You not only accumulate points when you fly with Alaska Airlines but you do so when you take any of its 18 partner airlines such as Virgin America, Emirates, American Airlines, and British Airways. You also earn points with regular purchases with the Alaska Airlines Visa Signature Card or by booking any of its hotel partners like Best Western, Hilton, and Marriott.

Thanks to this setup, the program offers a very flexible rewards program, letting you move between partner airlines while earning points. But if you’re planning on using those points for some reward flights, you might find yourself with limited choices a lot. Just make sure you use those points before the two year expiry period.

This program is best enjoyed by those who frequently fly to Detroit, Atlanta, Los Angeles, Seattle, and Minneapolis. This is a good choice for New York flyers too. Delta Air runs about 15,000 flights every day and covers about 335 destinations and more than 60 countries. Earning points with Delta is based on how much you pay for its flights as well as any transactions with Delta Connection and Delta Shuttle. Delta also has multiple partner airlines like Air France, KLM, and Virgin Atlantic.

You’ll be able to use those miles for free flights, cabin upgrades, or even for buying stuff at the SkyMiles Marketplace. Flying with Delta also gets you Medallion Qualification Miles that are great for all kinds of perks with Delta’s Medallion Elite membership program. You’ll also accumulate miles with the Delta American Express card. You also earn miles from hotel and AirBnb bookings.

With Delta, you’ll be able to rack up points across 20 partner airlines, and the best part is that these points will never expire! The obvious downside comes from the fact that the points are based on what you pay Delta. This means you’ll have to fly a lot with this low cost airline.

If you’re headed to the East Coast (think Boston, Orlando, New York, and Fort Lauderdale), then you’ll want to sign up for JetBlue TrueBlue. Members accumulate points with every dollar they pay on JetBlue flights as well as any of its vacation packages. Not only does JetBlue have partner airlines, they partner with hotels, car rental services, and other retailers like Amazon as well. You get even more points by making purchases with their official MasterCard.

These can be used to offset costs on future flights with JetBlue and Hawaiian Airlines as well as some of its vacation packages - a great way to save up for your next trip to the Caribbean or family trip to Disneyland.

While other airlines have issues with blackout dates, JetBlue doesn’t have any. You’ll be free to redeem your points for flights from a wide selection of airlines. You earn points from participating in social media too! The program doesn't have many tiers to climb up though. In fact, they only have one. Hopefully your flight destination of choice falls within JetBlue’s limited options as well.

If you’re looking to travel to major cities while on a budget, you might want to look into Southwest Airlines and its Rapid Rewards program. With over 3,900 flights per day and more than 100 destinations to go to, you’ve can fly with the airline a lot, accumulating points with every dollar you spend on flights and their partner hotel, car rental, and retail stores. And if you use Southwest’s Chase Visa to make these and other everyday purchases, you can earn even more points faster, allowing you to use them to cover flight and hotel costs, cruise trips, gift cards, and more.

Your miles can be used on any available seat there is with Southwest Airlines. This means you’re less likely to run out of available seats when you need to redeem those points. This gets better knowing that there are no blackout dates. The downside is that you’re not going to get too many international flights, as the airline only flies to Mexico and the Caribbean on top of its local flights. Also, you’ll want to keep note that you can’t combine cash purchases with points and vice-versa.

United MileagePlus is a good program for those who want to fly to Europe, Asia, and Latin America. Members can earn and use their miles on flights with United and any of its 35 airline partners including Copa Airlines, Singapore Airlines, and ANA Airlines. Many of these airlines also happen to be part of the Star Alliance network, which has some perks in itself. When you’re a MileagePlus member, you’ll get Premier Qualifying Miles or PQMs, Premier Qualifying Segments or PQS, and Premier Qualifying Dollars or PQDs with each flight. All these will give you extra benefits.

Cruise vacations, train fares, and car rentals can net you some additional points as well. The same thing can be said for shopping and other transactions. The good news is that United partners with a lot of major hotels like Hilton, IHG, and Marriott, allowing you to earn points while booking accommodations from all over the world. These points can be used to redeem flights, hotel accommodations, cruise trips, and more. Make sure to use United’s accredited cards so you can earn more.

The good thing about United is that you get to fly to more than 1,000 destinations, so you won’t be limited if this airline will be your carrier of choice. What’s more is that it works with more than 35 participating airlines, allowing you to still earn points when you fly with any of these. You might have to get used to the program, though, since the rules can be quite complex. Meanwhile, make sure to make use of these points before they reach the 18-month expiry.

This program is ideal for those who want to fly around the cities of the US such as Miami, New York, L.A., Chicago, and more. Each flight with American Eagle, American Airlines, and codeshare flights will get your Elite Qualifying Dollars (EQDs) and miles. The same thing goes for flying Alaska Airlines and its partner carriers, all thanks to the oneworld frequent flyer network which includes a host of carriers like Qantas Airways, Qatar, Airways, and more. American Airlines has its own Citi Credit Cards and MasterCards, so your chances of accumulating points are endless.

With over 1,000 partner companies, you’ll pretty much be accumulating points everywhere you go. The program, however, has changed to a revenue based system, which means you earn points based on the amount paid rather than miles flown. Unfortunately, you can’t always go all out on purchasing flights since you can only earn points for one seat per flight.

Considering a trip around the United States, Asia, or the South Pacific? You’re going to want to look at Hawaiian Airlines and sign up for their Hawaiian Miles. The airline flies to more than 25 destinations for both domestically and internationally. It also has flights to Hawaii from many US states non-stop.

The HawaiianMiles program also offers you a wide variety of ways to stack up points, from booking flights to staying in partner hotels and shopping at partner retailers. You get even more points when you shop with the airline’s MasterCard. These points can be then used to book flights, stay in hotels, and redeem other perks.

On top of being able to earn miles in different ways, one unique thing about this program is that you can earn miles retroactively. You probably won’t experience the benefits too soon, though, since basic membership offer very little. You’ll have to get the elite membership if you really want to make the most of this program.

This one is for those who are based in the Midwest or Denver flying within the U.S. Frontier Airlines serves major domestic airports such as those in Los Angeles, Atlanta, and Chicago as well as other destinations like Florida, South Dakota, and Montana. They also fly to Mexico and the Dominican Republic.

The EarlyReturns program give miles on airport to airport distance and these can be used for free flights, hotel stays, and car rentals. Miles can also be earned from staying with partner hotels as well as using the Frontier World MasterCard credit card.

If you’re flying to smaller domestic airports, Frontier does this a lot. Making your way up to Elite membership can be very beneficial as well. Unfortunately, the airline doesn’t fly as often as major carriers do, so flight schedules can be limited. Plus, the miles expire in six months’ time.

You earn miles with every flight with Spirit Airlines and when you make purchases with the airline’s MasterCard. Spirit Airlines also has partnerships with some restaurants, car rental agencies, and hotels. These points can be used to pay for any of these services as well.

Free Spirit also has retroactive accumulation of points, allowing you to earn points within 30 days from flying. Members are also often treated to exclusive promotions and offers while having different ways to enter elite status. Its elite membership, however, has fewer benefits than other programs and the miles you earn sometimes can take a while to be credited. You also don’t want to be inactive for too long because you lose miles if your account is inactive for three months.

When choosing the right frequent flyer program for you, consider three things: (1) where you fly from, (2) where you often fly to, (3) and what establishments you often patronize. This will allow you to accumulate as many points as possible without having to change your preferred airline, hotel, or even vendor or retailer. Remember that every passenger is different so you need to know what works best for you, since this may not necessarily be the case with others and vice-versa.