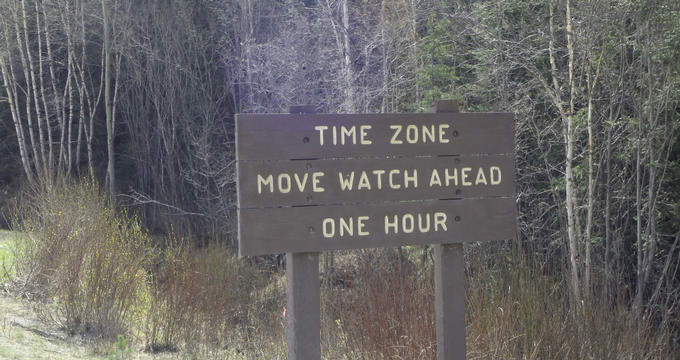 The least populated state, Alaska is located relatively far away from the other continental states in the northwestern section of North America, bordering Canada. The state, nicknamed The Last Frontier, is the largest of the US states and is one of several states to have multiple time zones. 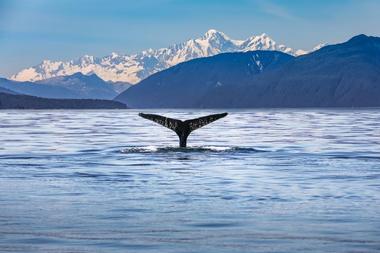 The capital of Alaska is Juneau, which has a population of around 30,000, and its largest and most famous city is Anchorage, which has a much larger population than Juneau of over 400,000 and is well-known for its large military base.

Alaska is a unique state, both geographically and economically speaking. The state has the lowest population of all US states despite having the biggest landmass. This low population is primarily due to Alaska's climate and location, being situated on the northwestern edge of the North American continent and having an oceanic climate with low temperatures and lots of snow.

The state has a rich history, with various indigenous groups occupying the region for many millennia before European colonists arrived. Russian and Spanish settlers made attempts to colonize the area, and Alaska became hugely important to Europe during the late 19th century due to the famous Klondike Gold Rush, in which tens of thousands of miners rushed to the region in search of gold. By that time, the region of Alaska had been purchased from Russia by the US for a little over seven million dollars, and would eventually become a state.

2.Activities and Economy in Alaska 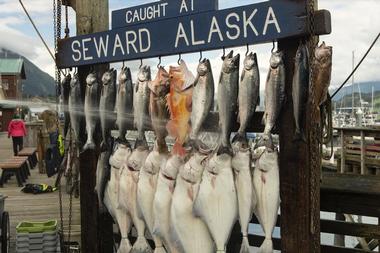 Alaska's main economic sources are its natural resources, with large oil and gas reserves all around the area. These resources have been depleted over the years, but Alaska remains one of America's richest sources of energy.

Due to the frosty climate and conditions, farming and other industries aren't very successful in Alaska, but various military bases are set up in the region, and some tourists do like to visit the state to appreciate Alaska's wildlife and areas of natural beauty. Fishing is another big industry in Alaska, with a huge amount of America's seafood coming from the state, with some examples being salmon and halibut. 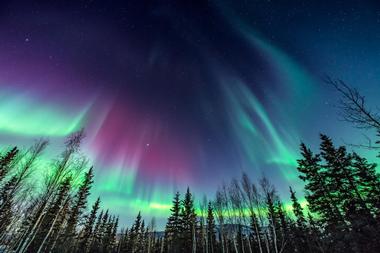 As a state, Alaska had a fascinating history and was purchased by the US from the Russians back in 1867. Alaska was first regarded as a territory and would have to wait until 1959 before finally becoming an official US state.

The area originally used Asian dates and times because it belonged to Russia but switched to the American dates in 1867, which meant that the entire area went back a day on the calendar to synchronize with the rest of America.

Time zones were quite complicated in the area for many decades, with four different zones being used in different cities and regions, ranging from UTC -8 to UTC -11. This continued until 1983 when two of the time zones were removed, and the state decided to continue with just Alaskan and Aleutian Time. 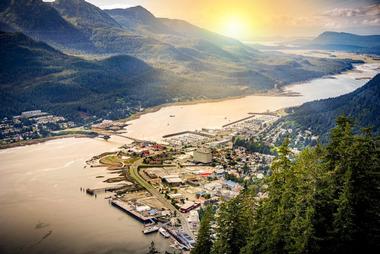 Most of the state is in the Alaska Time Zone, but the western Aleutian Islands are in the Hawaii-Aleutian Time Zone. Uniquely, there’s also one very small town in Alaska called Hyder which observes Pacific Time (PT) because it's right on the Canadian border and has more links with Canada than it does with the rest of Alaska or the US in general.

The vast majority of the state of Alaska is in the Alaska Time Zone, shortened to AKT. This time zone has two distinct variants like most other US time zones. Alaska Standard Time (AKST) is nine hours behind Coordinated Universal Time (UTC), while Alaska Daylight Time (AKDT) is eight hours behind UTC.

The Aleutian Islands are a group of several dozen islands divided between Russia and Alaska. These islands are included in the Hawaii-Aleutian Time Zone, which as its name suggests, also covers the US state of Hawaii. This time zone is ten hours behind UTC, and the Aleutian Islands do observe daylight savings time and pass to nine hours behind UTC during these periods.

The whole of Alaska utilizes daylight savings time, including the Aleutian Islands. During the summer months, the majority of the state observes AKDT and is eight hours behind UTC, while the islands are nine hours behind instead. The concept of daylight savings was introduced to Alaska at the same time as all the other US states in 1967.

16 Best Things to Do in Soldotna, Alaska