Cut Down Plastic Pollution with 5 Gyres 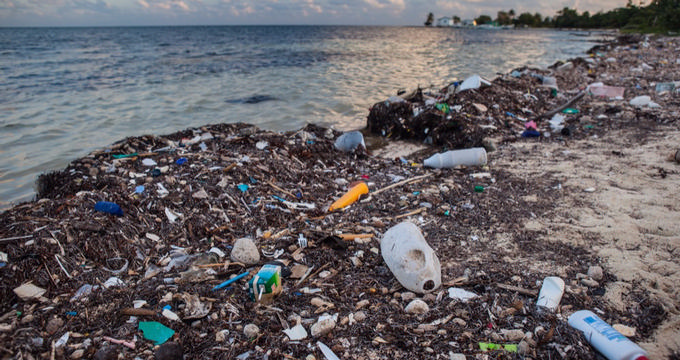 We all know that the planet is in need. Extensive development and heavy use of natural resources have led to the wiping out of many different plant and animal species, the destruction of rainforests and other beautiful landscapes, the poisoning of the oceans, and a long list of additional untold damages that cannot be undone.

We may not be able to undo the errors of the past, but we can work hard and make conscious efforts to improve the current state of the planet, protecting and preserving the world and all of its inhabitants for future generations. Through hard work and simple changes to the way we live, it is possible to be much kinder to the planet, saving animal, plant, and human lives.

Now, more than ever before, it's time for everyone from individuals to global corporations to start working towards a better tomorrow, and that spirit is exactly what defines the 5 Gyres Institute. Focused on educating and empowering the world on the issue of plastic pollution, the 5 Gyres Institute envisions a world in which plastic pollution is no longer a problem.

Part of the Break Free From Plastic international non-profit movement and the Plastic Pollution Coalition alliance of businesses and organizations all over the world that are focused on ridding the planet of plastic pollution, the 5 Gyres Institute is a leading and driving force, working hard towards the eradication of one of the worst forms of pollution in existence.

A 'gyre' is a system of currents in the ocean. There are five primary subtropical gyres (with two of them in the Pacific Ocean, another two in the Atlantic Ocean, and a final one in the Indian Ocean). The 5 Gyres Institute was named in honor of these gyres due to the shocking build up of plastics discovered in each one.

Once a piece of plastic gets caught up in a gyre, it will be there for at least 10 years to get out the other side, and there's a very great chance during that time that it will be eaten by some form of marine life, poisoning animals and ecosystems, or sink down to the bottom of the ocean and add to the growing build-up of waste found all around the waters of the world.

The 5 Gyres Institute was founded in order to educate people about the problems and realities of plastic pollution. There are still a lot of myths about this issue, and plastic remains a popular material for its cheapness and lightweight structure, used by many of us in daily life.

Scientists estimate that by 2050, if things carry on as they are now, there'll be more plastic than fish in the oceans, with over 269,000 metric tons of plastic already out there in the oceans right now, as estimated by the Global Estimate of Marine Plastic Pollution, published by 5 Gyres in 2014.

Organizing research projects, offering trawls and protocols for citizen scientists, organizing special events like Voices 4 Oceans, and providing Next Generation Science Standards lesson programs for elementary, middle, and high school teachers to share with their students, along with bootcamps and other educational programs for people of all ages, the 5 Gyres Institute aims to help people understand more about the problems of plastic pollution and find solutions to those problems to create a better, safer world.

Cut Down Plastic Pollution with 5 Gyres

One of the most effective ways in which the 5 Gyres Institute is inspiring positive change in the world is through the use of the '#plasticfree' hashtag. Through the power of social media, 5 Gyres is encouraging more and more people to cut down on their use of plastic, and you can do the same.

The five biggest sources of single use plastic are bags, cups, straws, containers, and bottles, and if you can start removing these elements from your life or controlling the amount you use, you can do '#plasticfree' too. 5 Gyres lists the following smart ways in which you can help to work towards a future in which plastic pollution is a thing of the past:

- Start using permanent shopping bags everywhere you go, rather than relying on single use plastic ones

- Invest in a reusable water bottle

- Say no to plastic straws and Styrofoam cups when offered

As well as making lifestyle changes like these to cut down on your use of plastic, you can also consider making a one-off or continuous donation to the 5 Gyres Institute to help them continue their great work. Just $50 would be enough to pay for a full education kit for a teacher, who can then go on to teach 5 Gyres educational material about plastic pollution to dozens of students, who will share that information with their friends and really help to make a strong change. Larger donations could fund ocean conservation projects, student expeditions, and research. website

How to Avoid Allergy Problems in Hotels

Where to Eat on Vacation: Cava