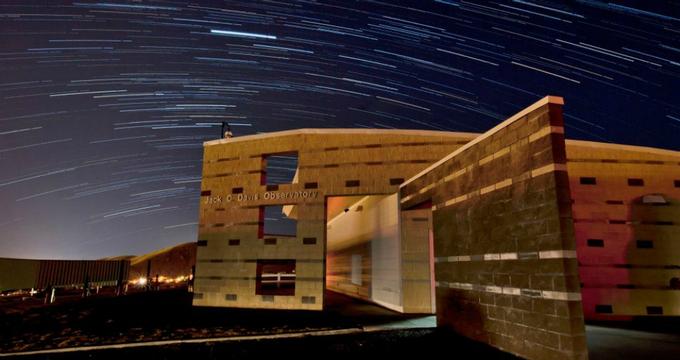 The college’s main campus is located in Carson City, with outreach branches and courses offered in Fallon, Minden, Dayton, Fernley, Hawthorne, Lake Tahoe, Lovelock, Yerington, and Smith Valley. As an accredited Northwest Association of Schools and of Colleges and Universities facility, the university presents a large variety of outreach programming in the northwestern Nevada community, including degree programs in area correctional institutions. The founding of the Carson City campus’ Jack C. Davis Observatory was the vision of a number of local nonprofit and community organizations and was funded by individual and business donations. The facility, which was opened to the public in May of 2003, was named in honor of the college’s founding president and was inaugurated with a keynote speech by astronaut Buzz Aldrin.

Today, the Jack C. Davis Observatory is operated as a public research facility for WNC students and the northwestern Nevada community, offering student study and research opportunities and a variety of public programming throughout the year. Located more than 5,000 feet above sea level within the Sierra Nevada mountain range, the observatory offers dramatic views of Carson City and the surrounding natural area. The observatory is overseen by the Western Nevada Astronomical Society, which was formed as a nonprofit organization in 2002 by area amateur astronomers and is officially affiliated with WNC.

The facility is connected to the main WNC campus by a Planetary Walkway, which features sandstone monuments carved with planetary images and information. All artwork for the walkway was created by Nevada State Prison inmates as part of the university’s art outreach programming. Inside the observatory, three main computerized telescopes are offered, two measuring 16 inches and one measuring 9.8 inches. A 4.7-inch refractor under a robotic dome is also located outside the facility, specifically designated for sunspot study. A number of smaller telescopes are available upon request and offered for use during public special event programming. All of the facility’s telescopes are camera-equipped and internet-connected, allowing for remote use and observation.

In addition to astronomical observation, the facility is also home to a Campbell Scientific research-grade weather station, used for climate monitoring within the Sierra Nevada region. Weather data is collected by a solar-powered instrument, which is then sent to Reno’s Desert Research Institute. All information is updated every 10 minutes and is available online on a continual basis.

Public Star Party open house events are held every Saturday night, weather permitting, offering guided tours of the observatory facility, guided open telescope use, and a bi-monthly lecture series related to astronomy and nature topics. All Star Party events are free and open to the public, with doors opening 30 minutes prior to lecture time. Past lecture topics have included profiles of famous astronomers and scientists such as Isaac Newton, Galileo, and Jules Verne; retrospectives of space exploration and study programs such as the Hubble telescope and NASA’s Project Mercury; and pop culture stories related to astronomy, such as fact-versus-fiction analyses of interstellar threats such as asteroids and sun flares. Additionally, open science demonstration evenings are offered on the third Saturday of every month as part of Star Party events.

In addition to WNAS-sponsored events, a number of community groups use the facility for regular meetings and events, including local scouting groups. Private WNAS events are also held at the facility periodically for Society members. Community members may become affiliate members of the WNAS by bringing completed applications to Star Parties or other public special events or by completing forms on the Society’s website. Five membership tiers are available, offering a variety of benefits, including invitations to private Society special events, private use of the facility’s telescopes, and subscriptions to astronomy-related publications such as Astronomy Magazine and Sky and Telescope Magazine.

More Things to Do in Carson City

Things to Do in Nevada: Valley of Fire State Park